In 1938, Bayer began to market the over-the-counter medication for relieving period discomfort, and Midol’s brand identity evolved along with women’s place in society. In recent years, however, the brand surmised that women were well aware of their products; it leads sales in its category, but after further analysis, they found that consumers didn’t know Midol’s values, nor could they recall the color of their packaging.

So, they knew it was time for a brand refresh.

Martha Seidner, design manager at Bayer’s American Pain and Cardio business, told Adweek that that research validated the decision to go ahead with a redesign. 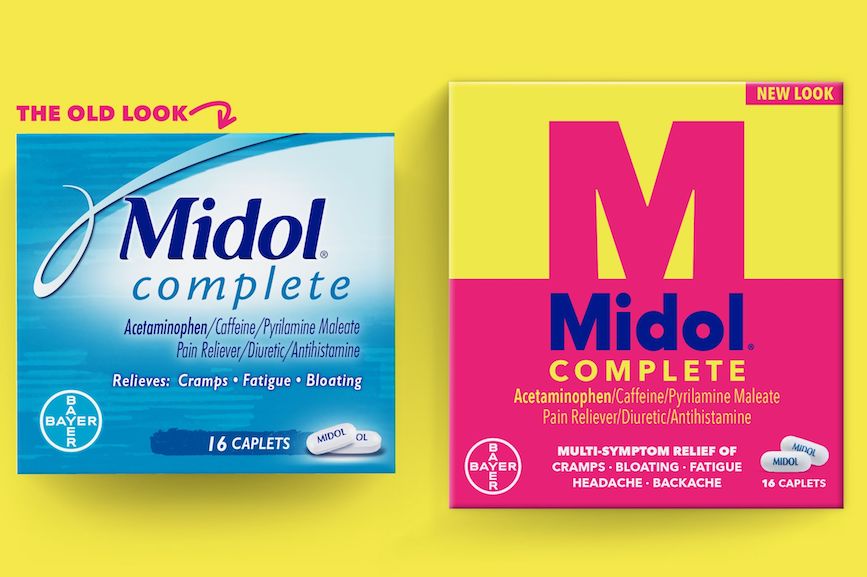 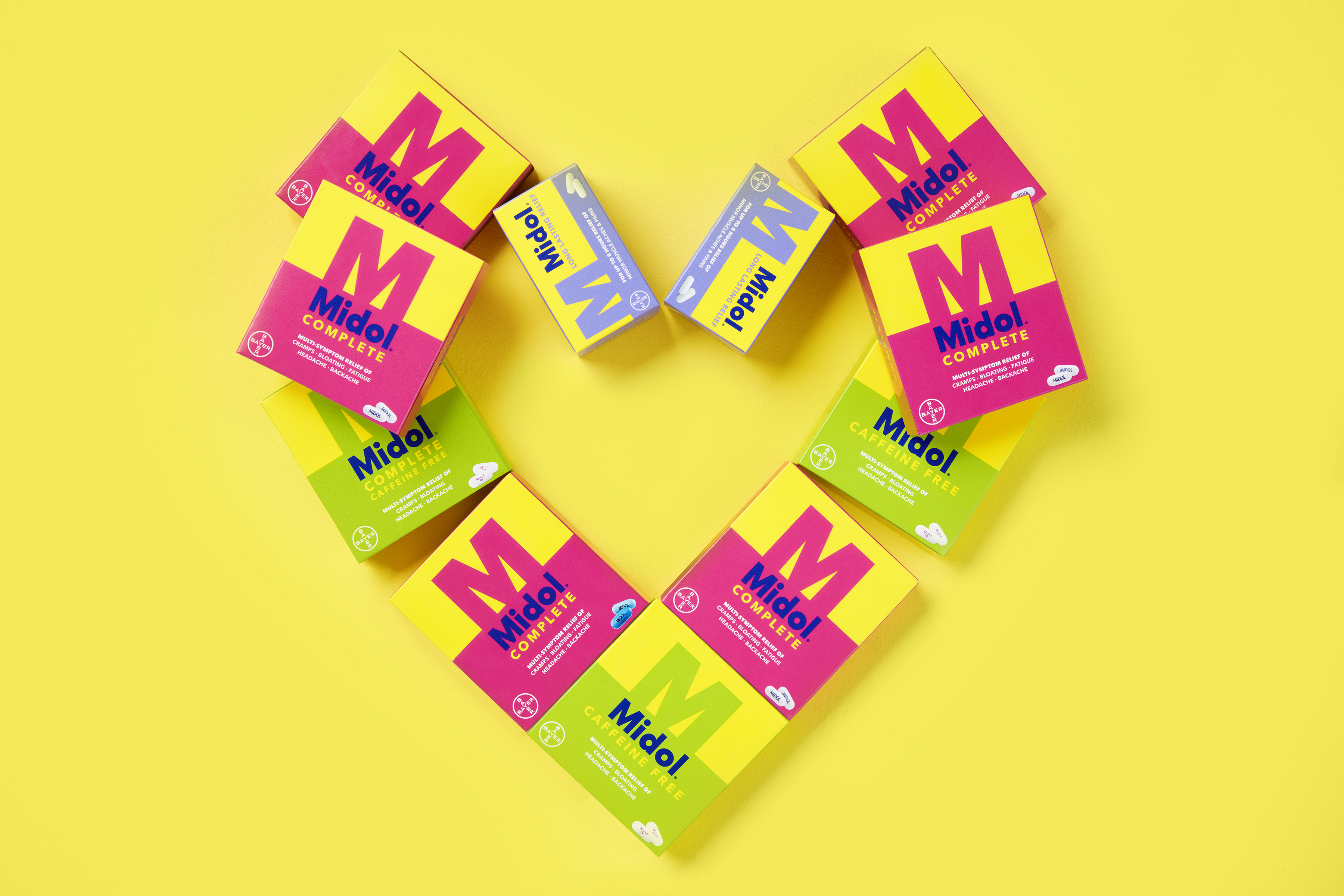 The new look, crafted with help from design agency GoDutch and advertising shop Oliver, breathes modernity into the brand, ditching the old monochromatic approach with something bolder. A bright, yellow background ties together the Midol range of products, with a different saturated hue for each formulation. The new wordmark does away with serifs and both standout while also reflecting strength, something intended to be more reflective and appeal to millennials and Gen Z women.

Midol’s brand refresh comes as millennials approach and reaches its peak purchasing influence with Gen Z not far behind, bringing along different and evolving attitudes towards womanhood and women’s health. 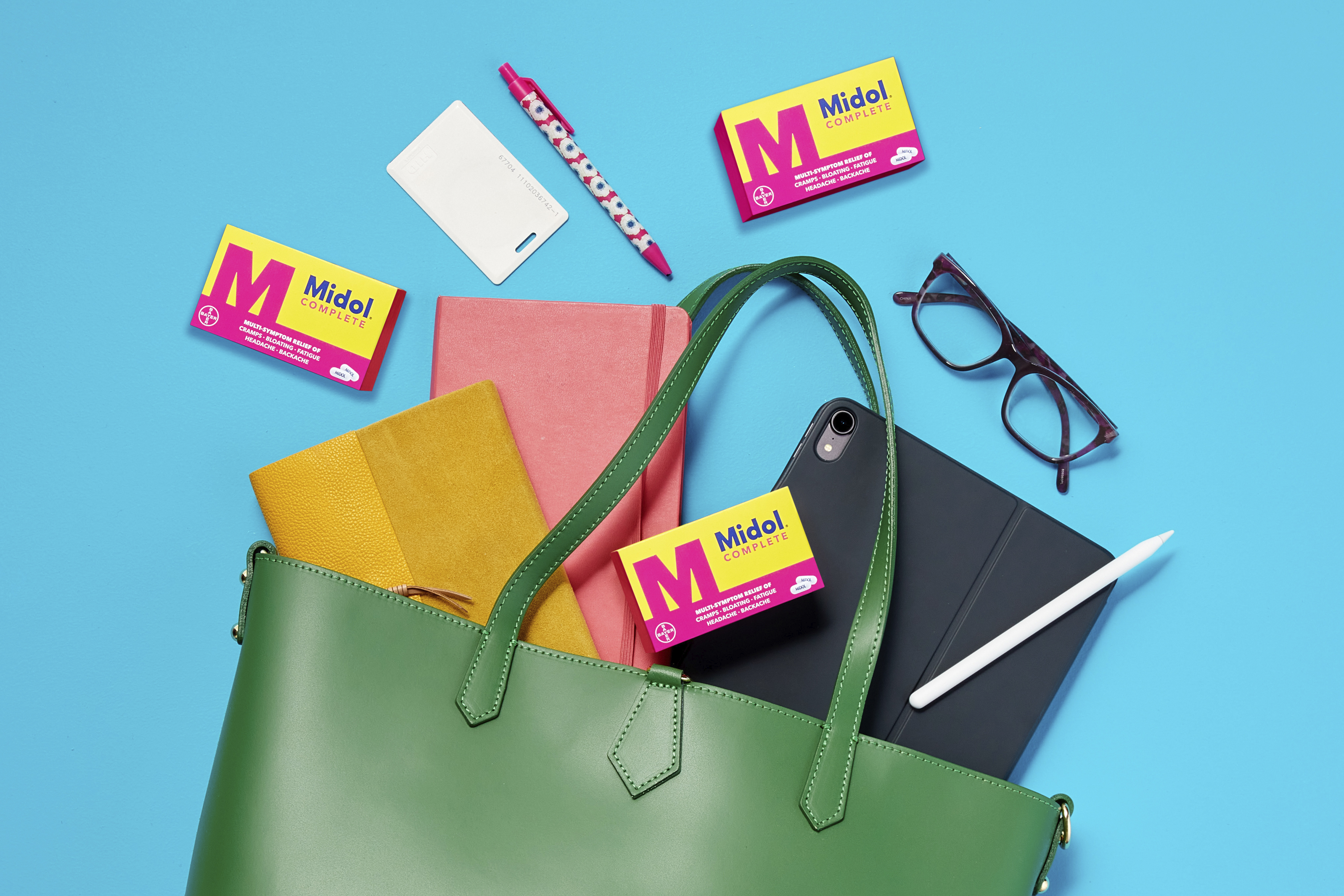 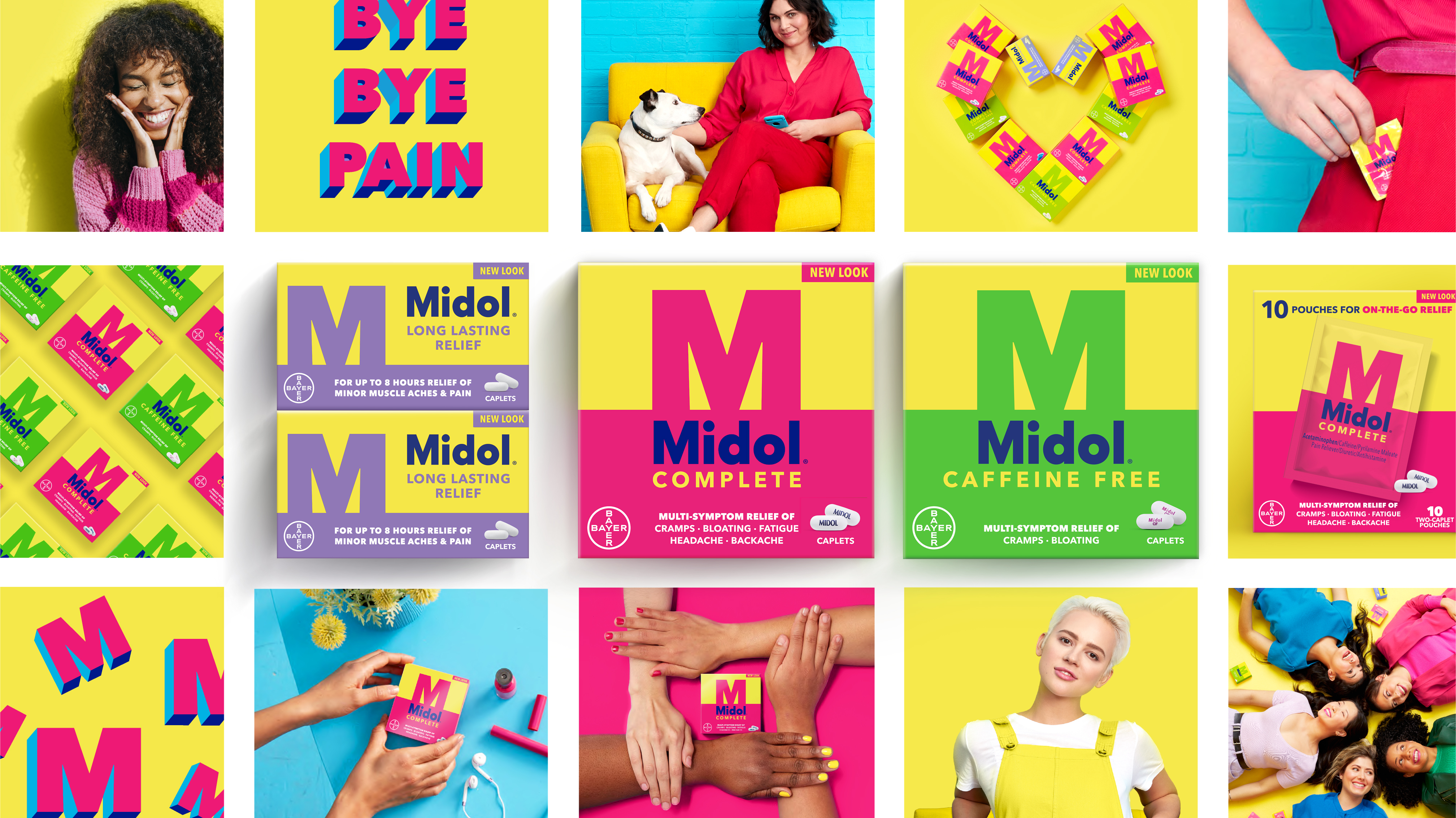 TOTM wanted to be a disruptive femcare brand that stops you dead in your tracks when you see them on the shelf. So, for their redesign, they turned to Marsden/Mee to pump up the volume with these gloriously executed patterns.

“TOTM makes awesome, organic sanitary products for women. Right from the start, TOTM set out to be a disruptive brand, aiming to change the attitudes and behaviors of its target audience. We were initially brought on board to undertake a brand review and look at how the overall identity could better represent the mission and values at the heart of the brand.

The TOTM packaging instantly communicates the key aspects of the TOTM brand proposition: organic, bold, proud. It challenges conventional stereotypes of what an organic brand should look like, using vibrant color combinations and contrasting patterns inspired by shapes and patterns found in nature. Individually, each product is distinctive, and, as a collection, it has stand-out shelf-appeal. The packaging is designed to drive new online dialogue between TOTM and its customers, intentionally bold, and suited to social sharing, making a powerful statement about the values and attitude of the person sharing it.” 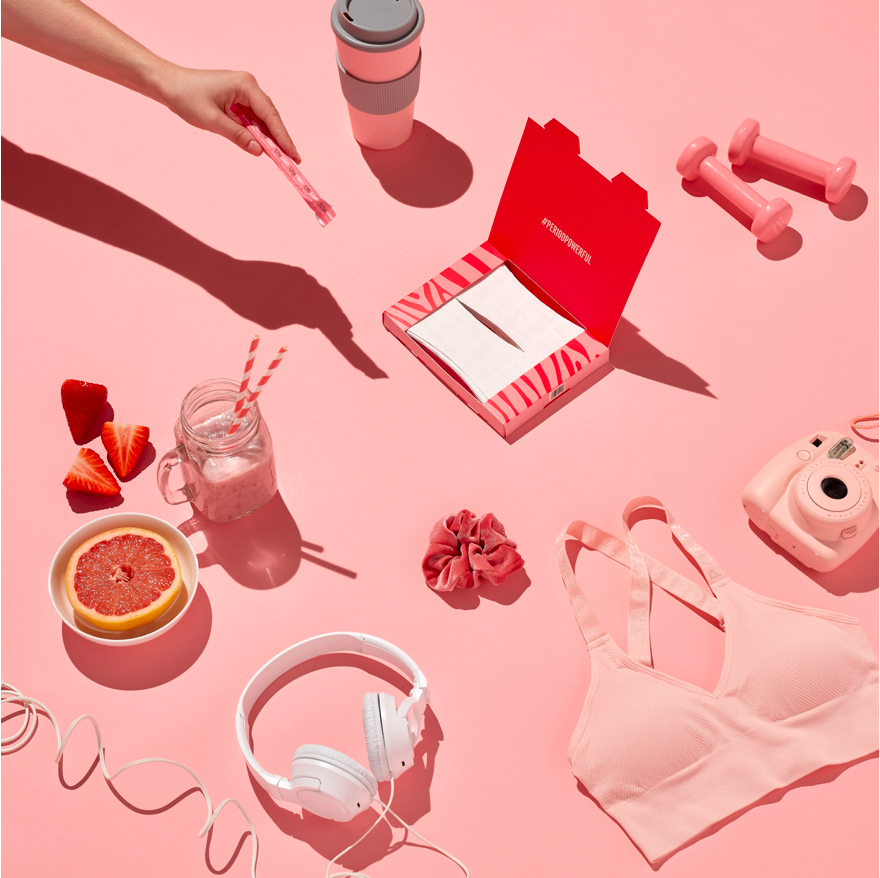 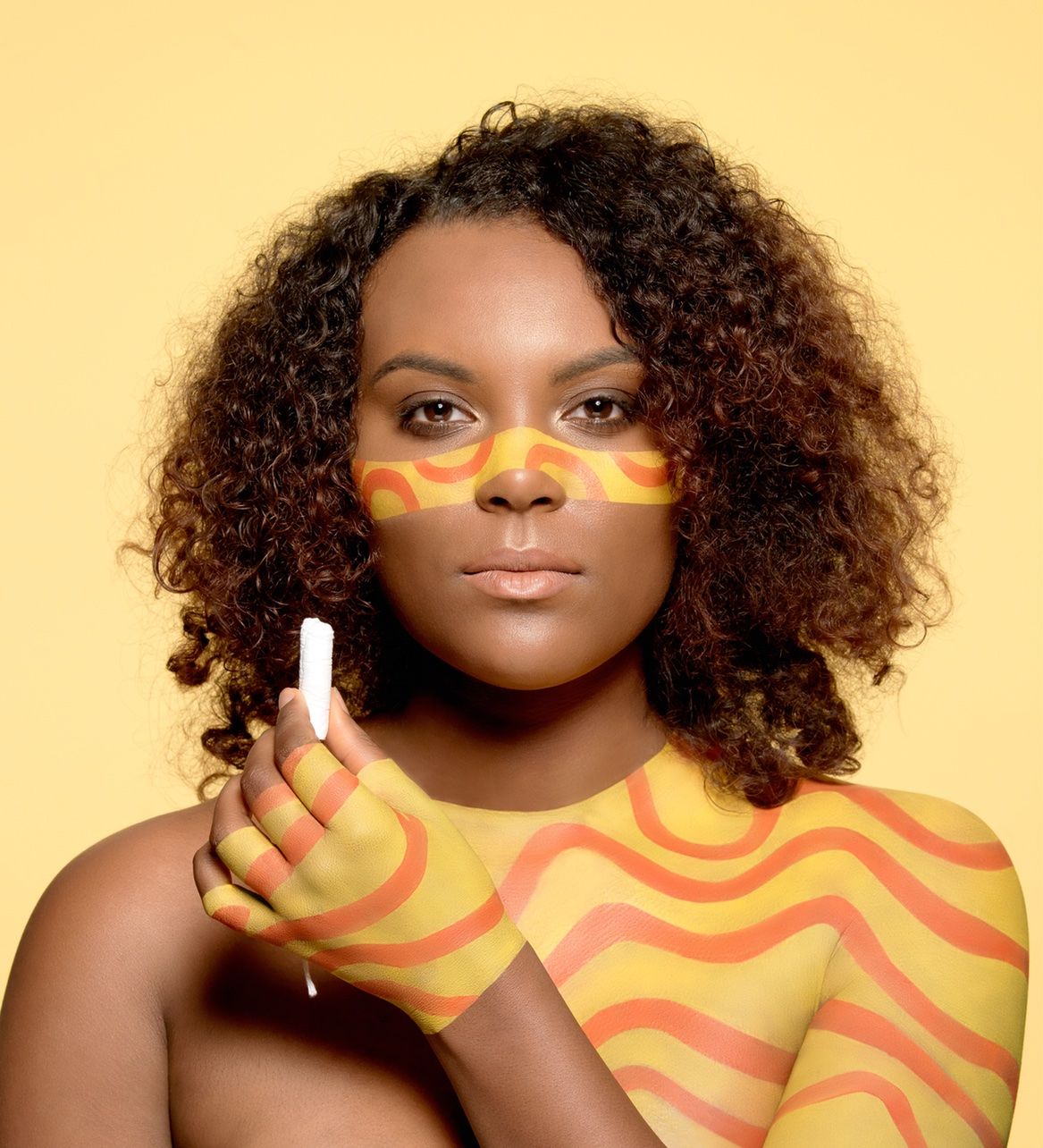 “Helvetica Now is the tummy-tuck, facelift and lip filler we’ve been wanting, but were too afraid to ask for,” said Abbott Miller, Partner at Pentagram. “It offers beautifully drawn alternates to some of Helvetica’s most awkward moments, giving it a surprisingly thrillingly contemporary character.”

The Helvetica Now typeface is available in three optical sizes – Micro, Text and Display. Helvetica Now Micro solves the decades-old spacing and legibility shortcomings of single-master versions of the family at the smallest sizes (4- to 7-points). It also offers more open apertures, wider forms, a larger x-height, open spacing, larger accents, optical adjustments to the shapes of complex forms, and a number of other changes to produce a highly-legible font at very small sizes.

Helvetica Now Display, meanwhile, provides a range of weights from Hairline to Extra Black, with appropriate spacing, for 14-point settings and up. Big, bold, attention-grabbing Helvetica no longer requires the trimming of characters, manual adjustment of spacing and kerning, or the resizing and repositioning of punctuation necessary with the legacy versions. 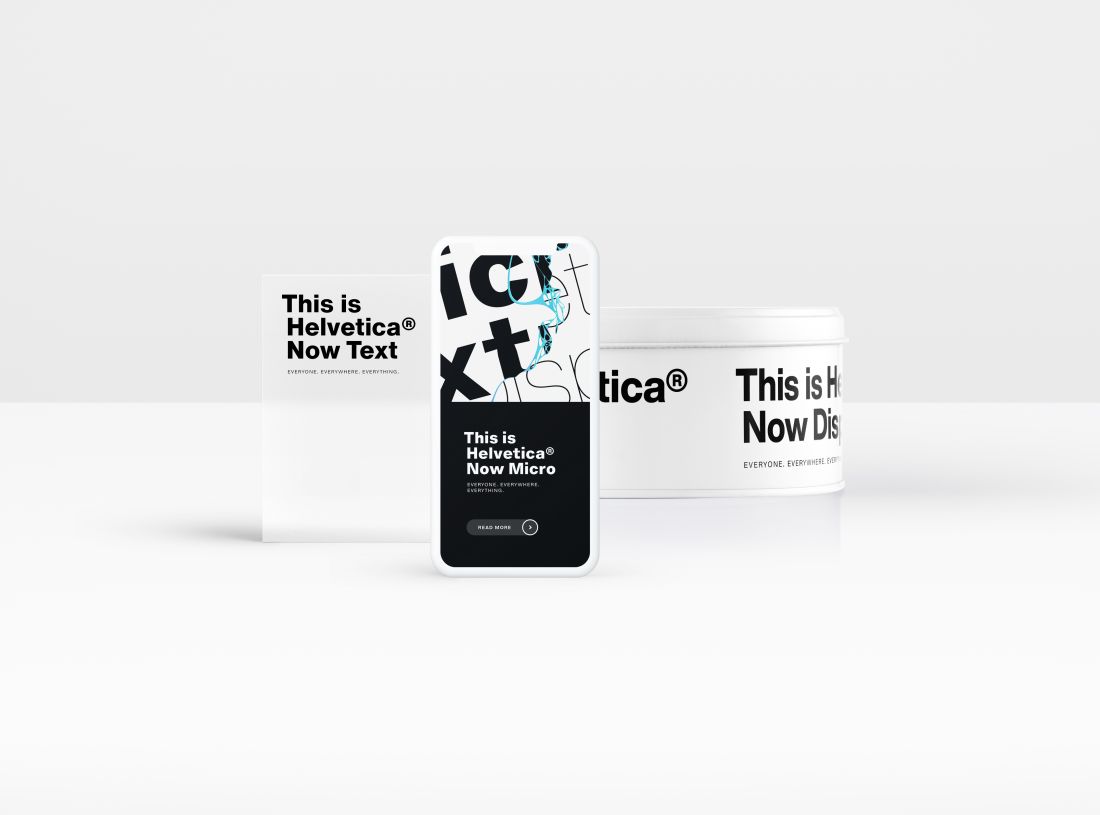 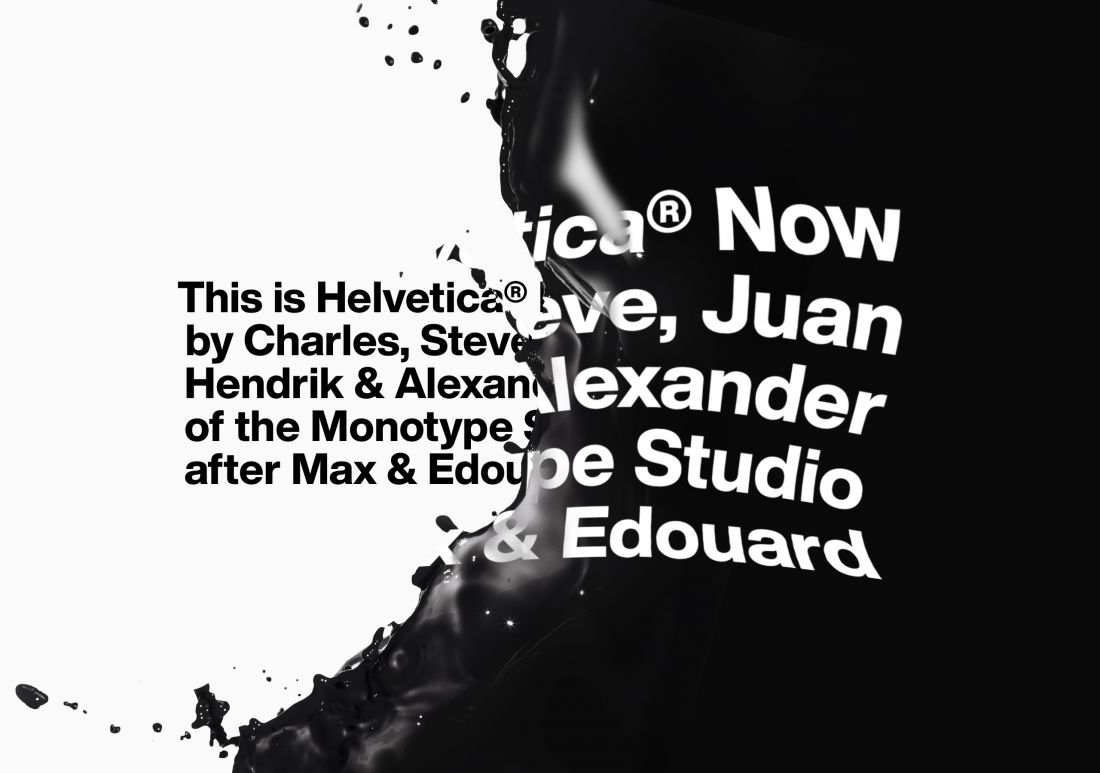 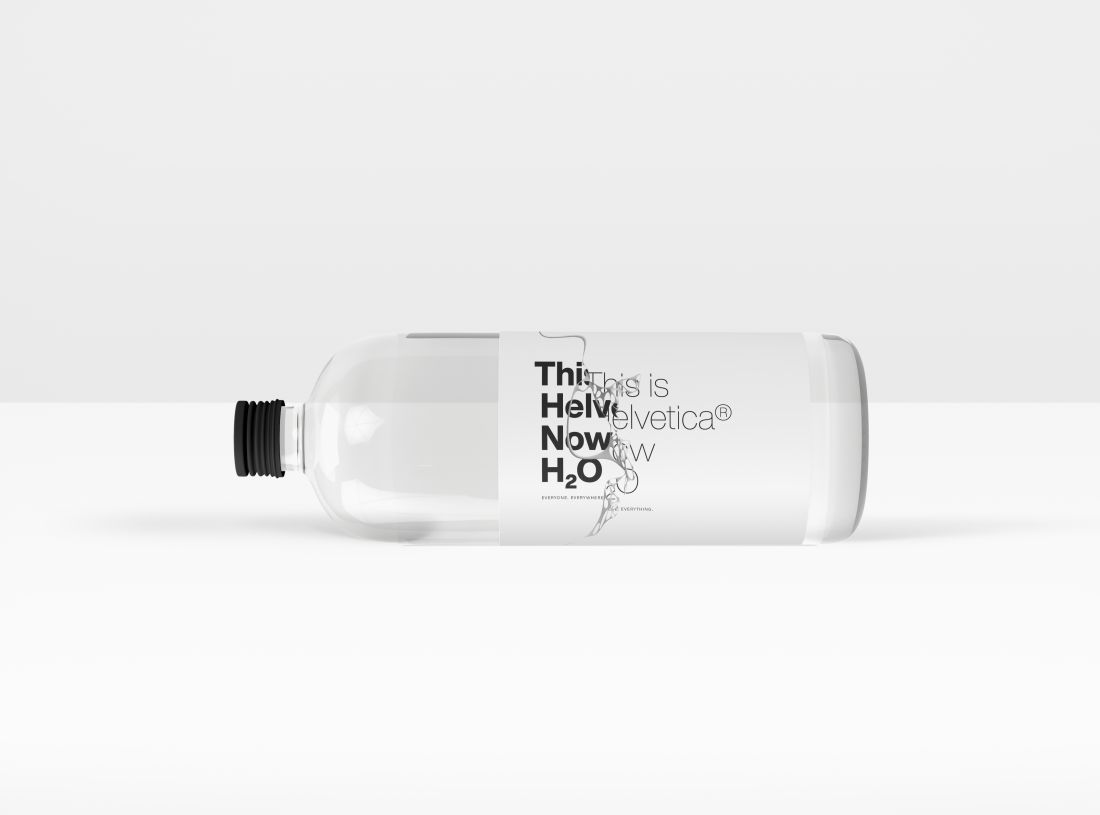 Internet advocacy and software group Mozilla has revealed its new logo and brand assets – including a bespoke typeface, colour palette and proposed approach to imagery – following a seven-month “open design” process documented on its blog 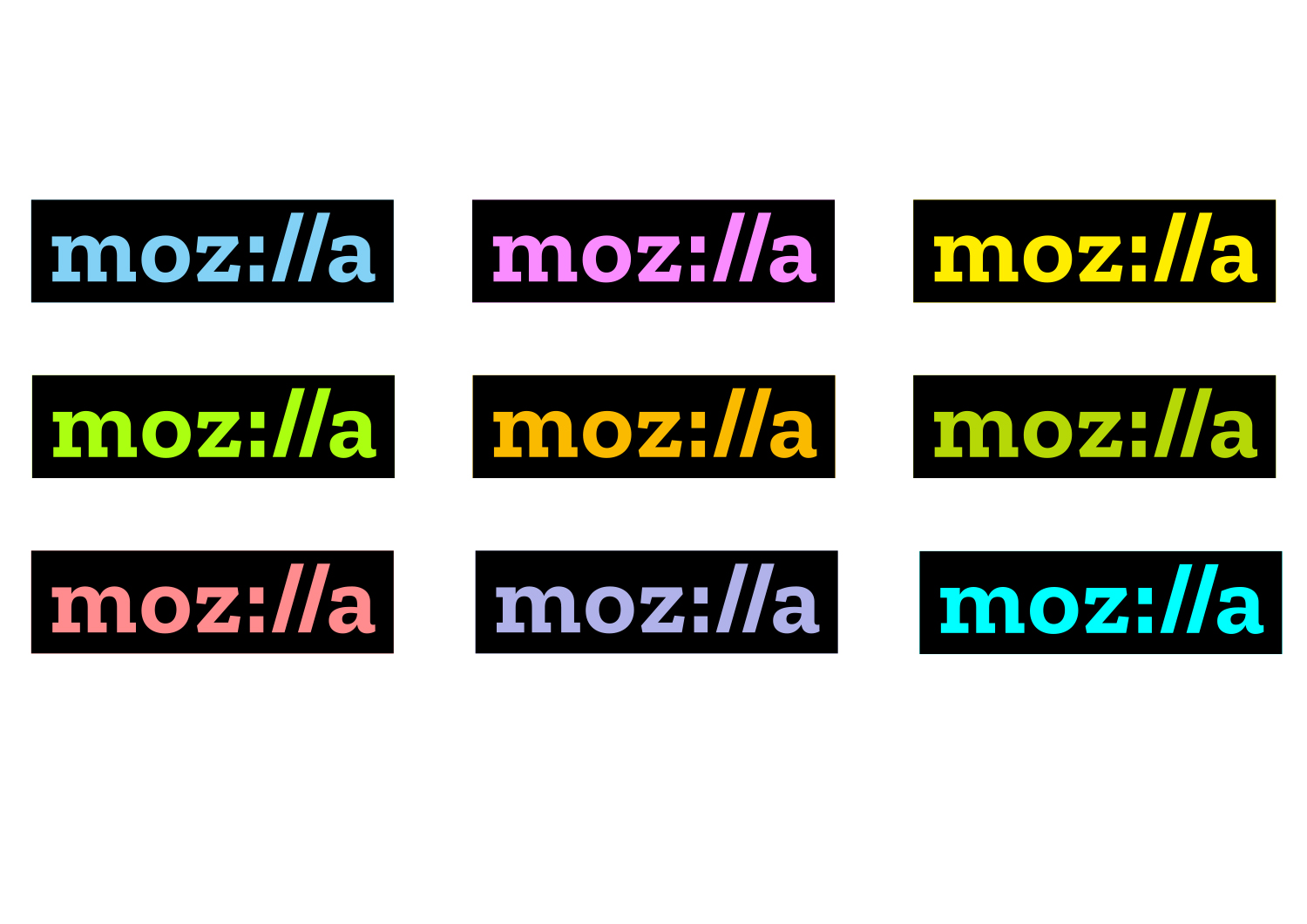 Today – after seven months, thousands of emails, hundreds of meetings and three rounds of research – the company has finally revealed its new logo, along with a proposed colour palette, language architecture and approach to imagery. Mozilla is now inviting feedback on the branding and says it will continue to share updates as final guidelines are developed.

Peter Bil’ak of Dutch type foundry Typotheque has created a bespoke font, Zilla, for the wordmark and accompanying copy. The font is reminiscent of Courier – the default font used for coding – and was selected for its “journalistic feel”, reflecting Mozilla’s internet advocacy work. It is open-source and will be available to download for free.

Mozilla creative director Tim Murray says the company chose to work with Typotheque because of the foundry’s expertise in “localisation” and creating fonts in various languages. As Murray points out, the design bucks the current trend for sans serif fonts in favour of something rooted in the visual language of the internet. 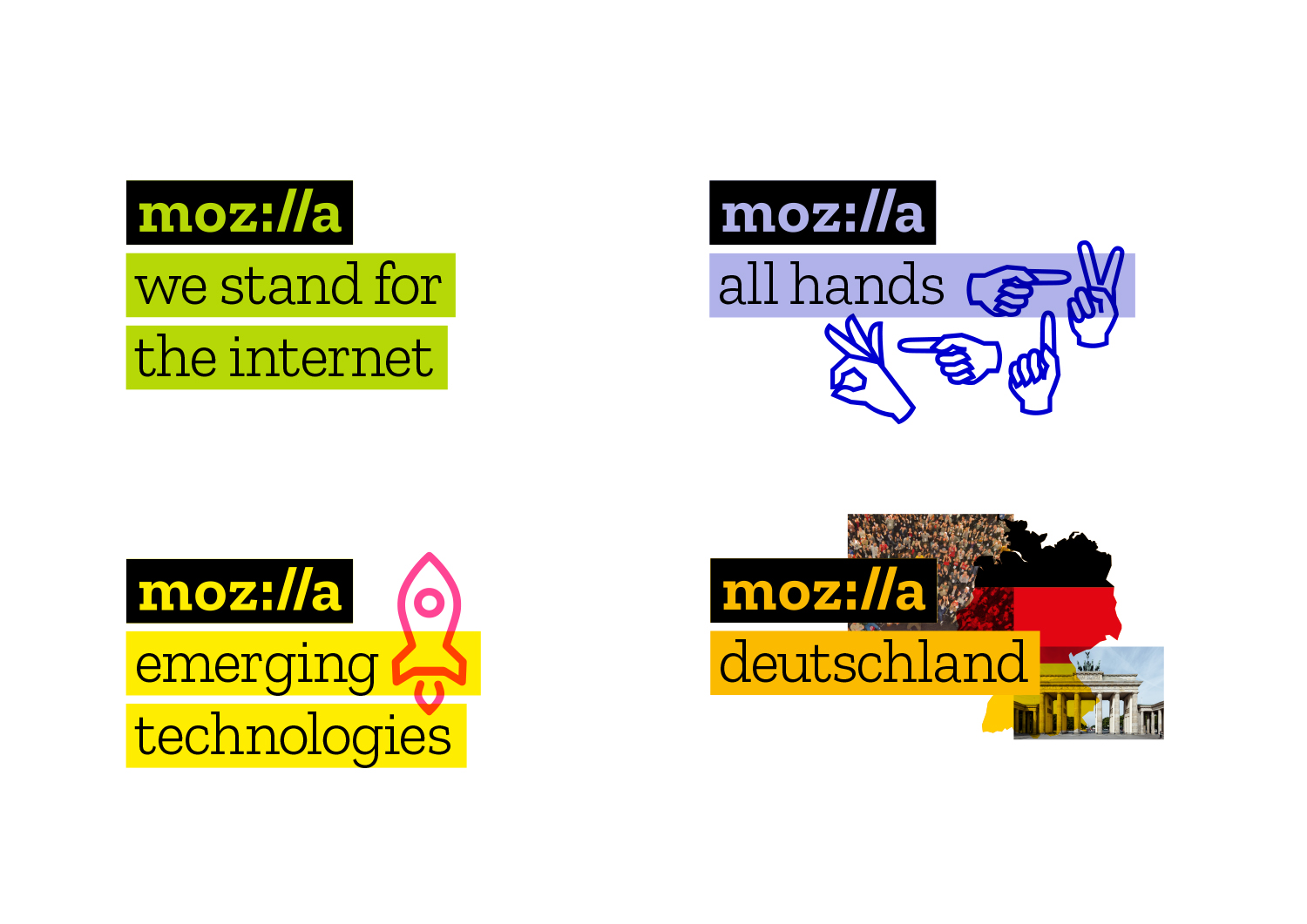 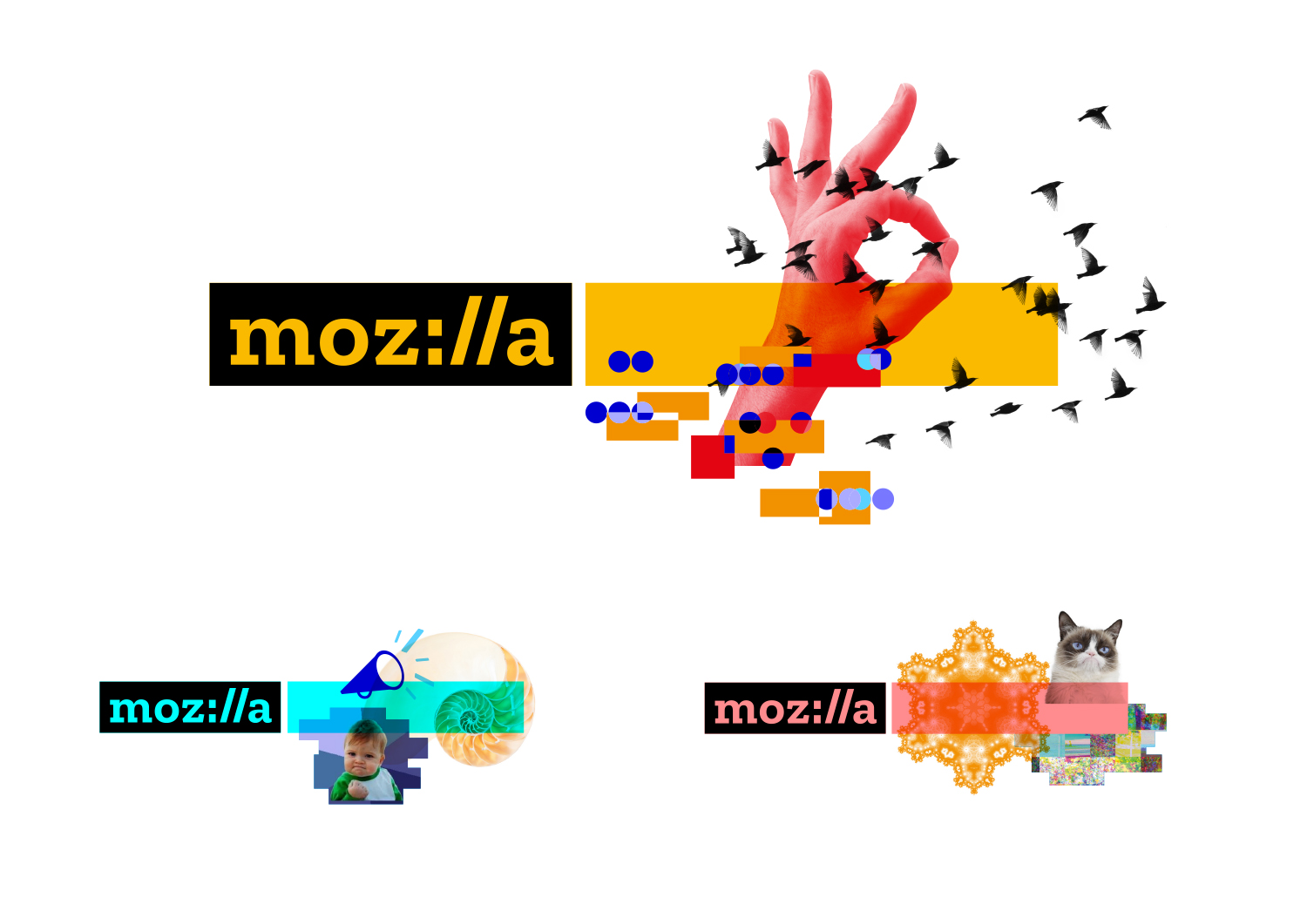 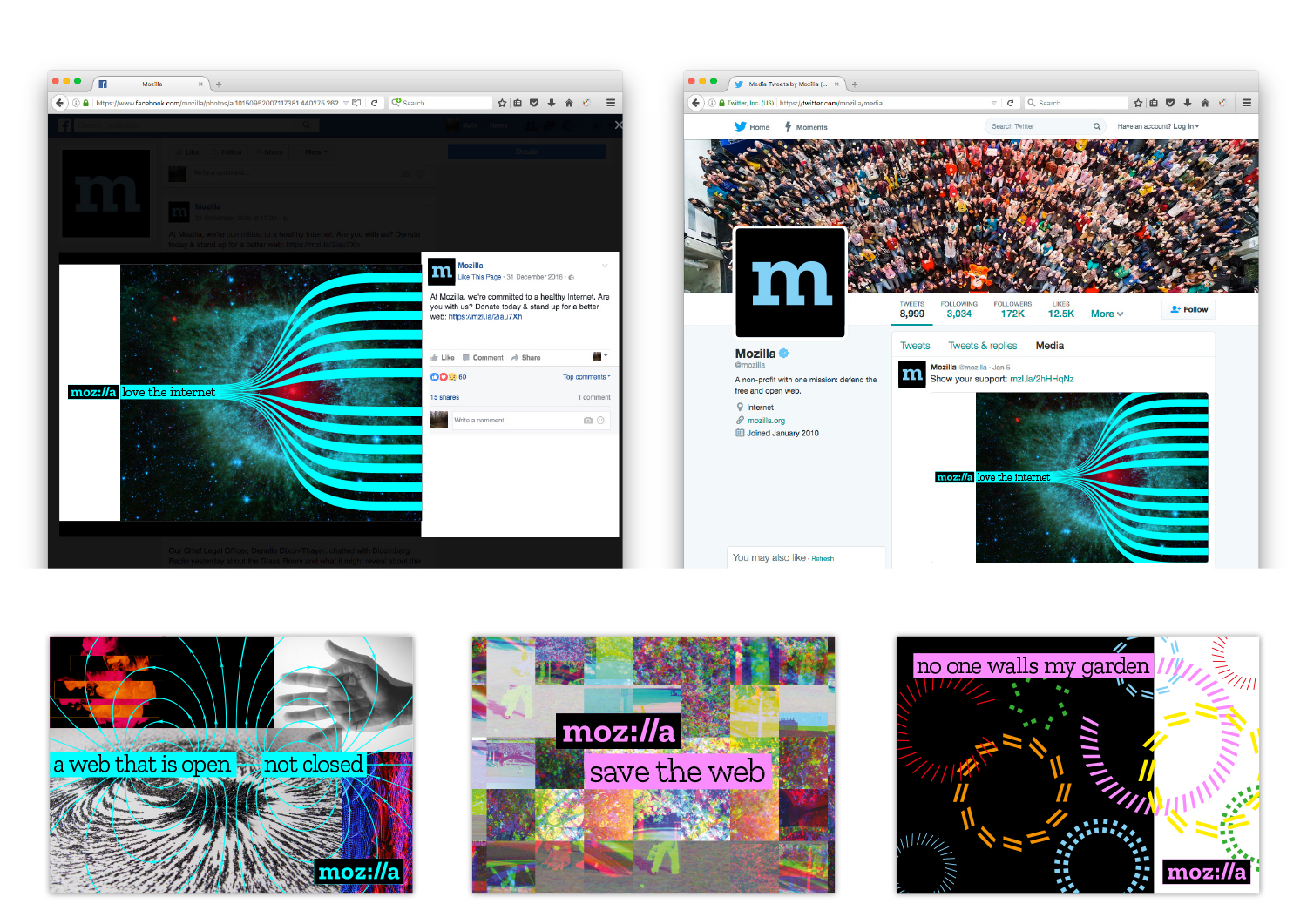 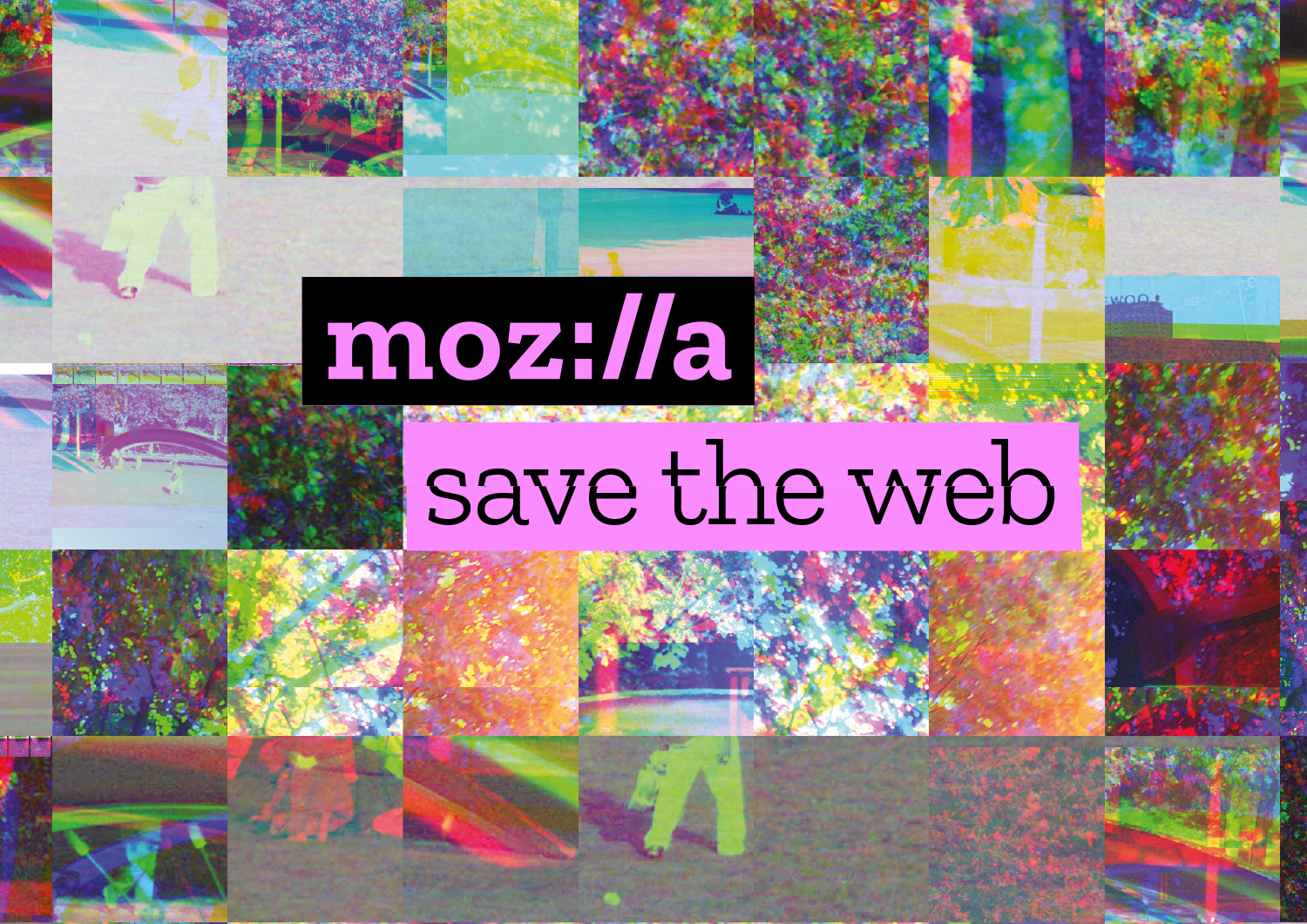 Kinnersley Kent designed around 80 items for the hotel, from menus and coasters to luggage tags, door key-cards and umbrellas. The ‘A’ brand marque is inspired by the art deco era and the building’s architecture – “specifically, by the hard lines of the building combined with the softness of the hotel’s famous external planting,” says director of graphics Kenny Sum. The agency also created postcards for the hotel bar’s signature cocktails and invitation cards for the General Manager to use when inviting guests for a drink. Cards feature a rose gold A and an image of a man in a suit.

Typefaces Romain and Brown were chosen for their mix of “heritage and modernity” and a herringbone pattern is inspired by oak floors in the building’s lobby. Gold foil detailing and deep colours add a touch of luxury – the colour palette includes deep blue, purple and green alongside mustard, bright orange and lighter neutral shades. Colours are used to signify different spaces in the hotel: blue represents lobby activities such as checking in, purple is used for the restaurant and green for the bar. 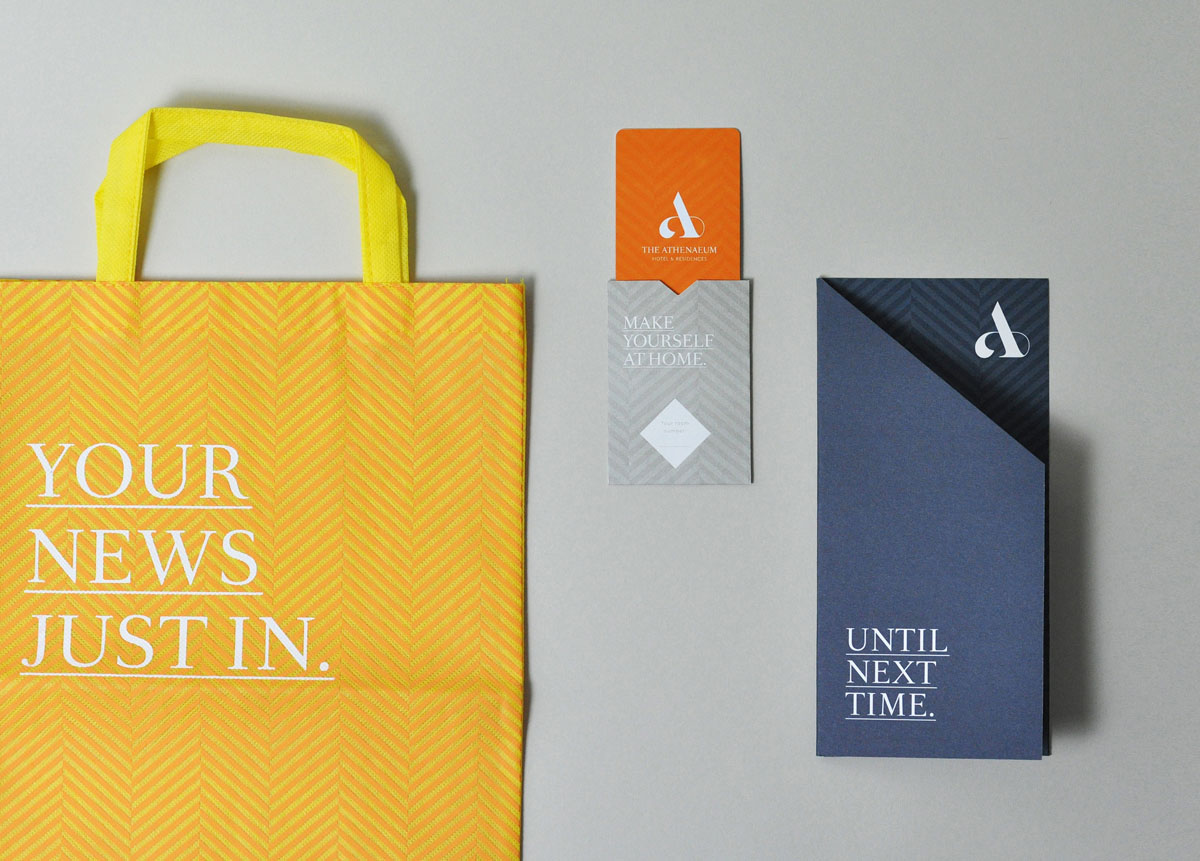 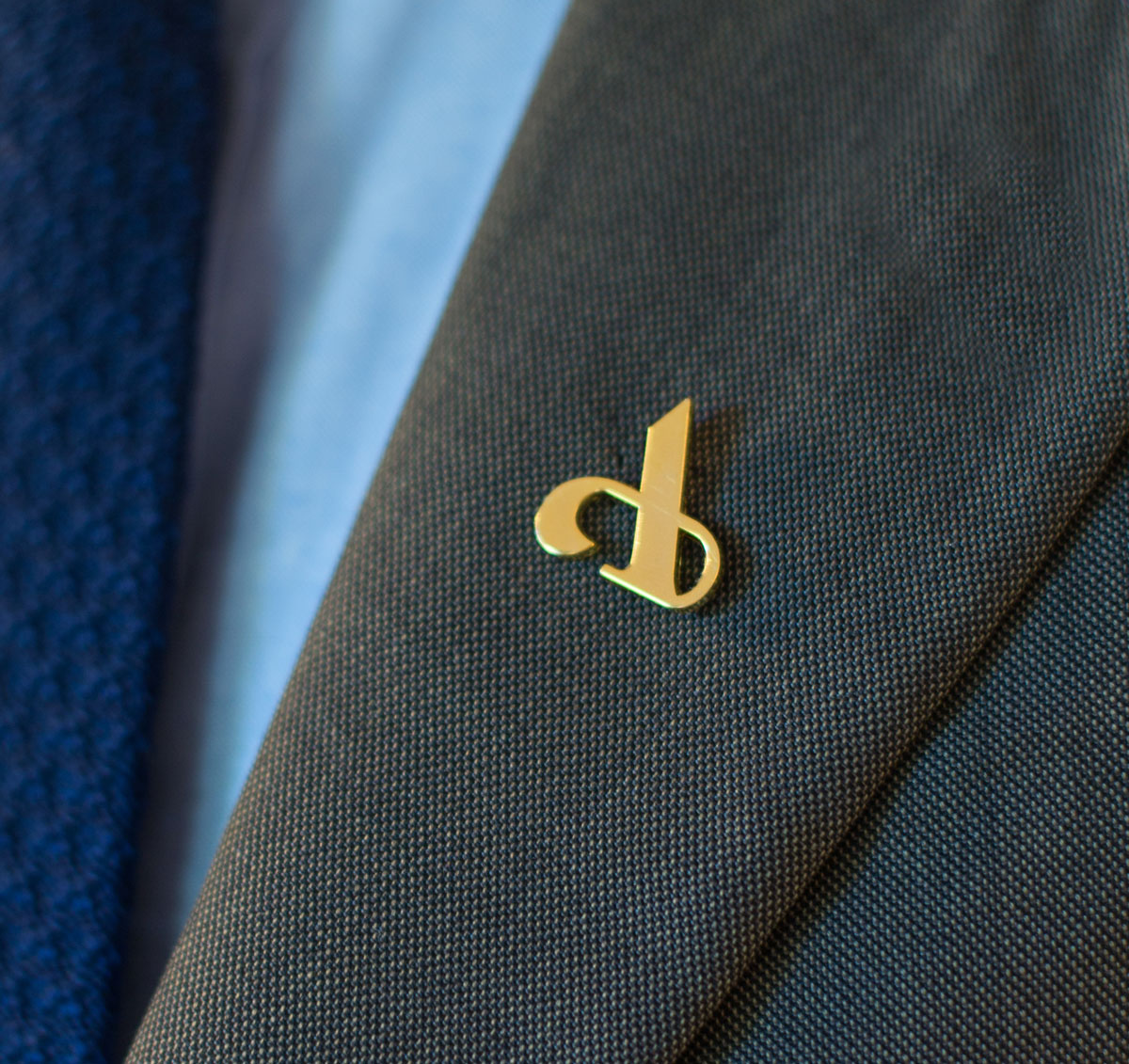 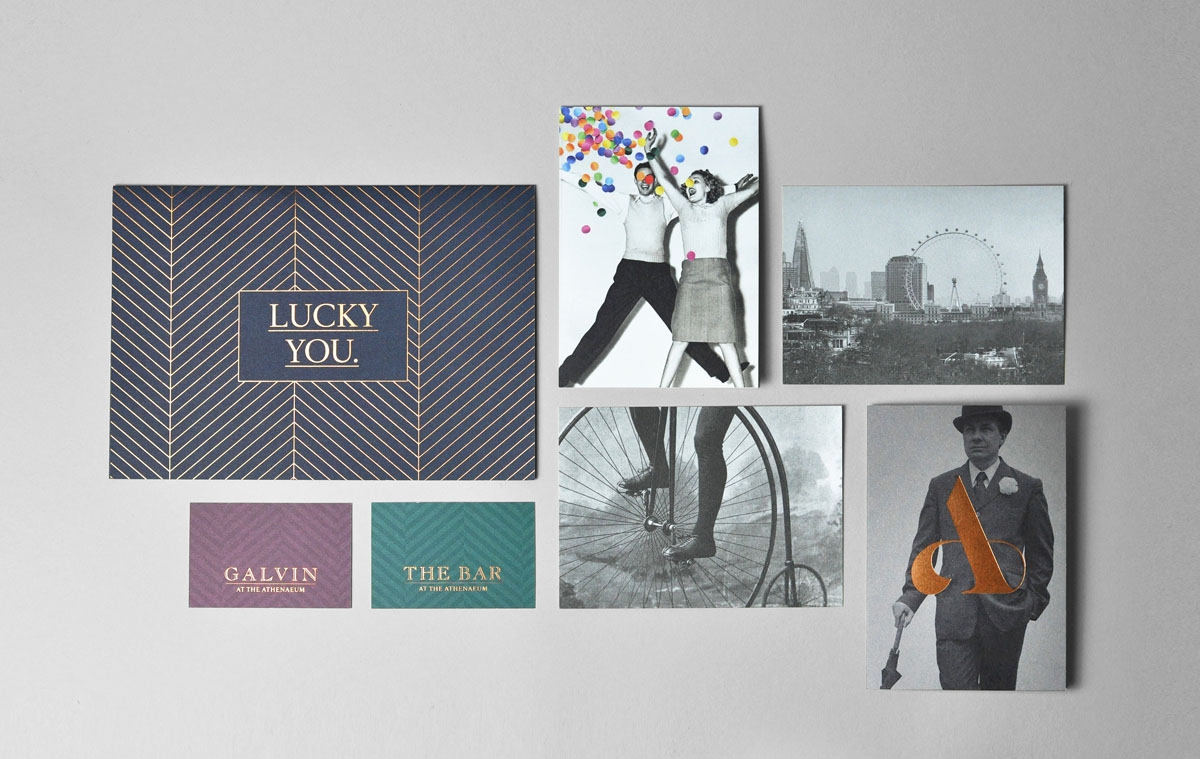 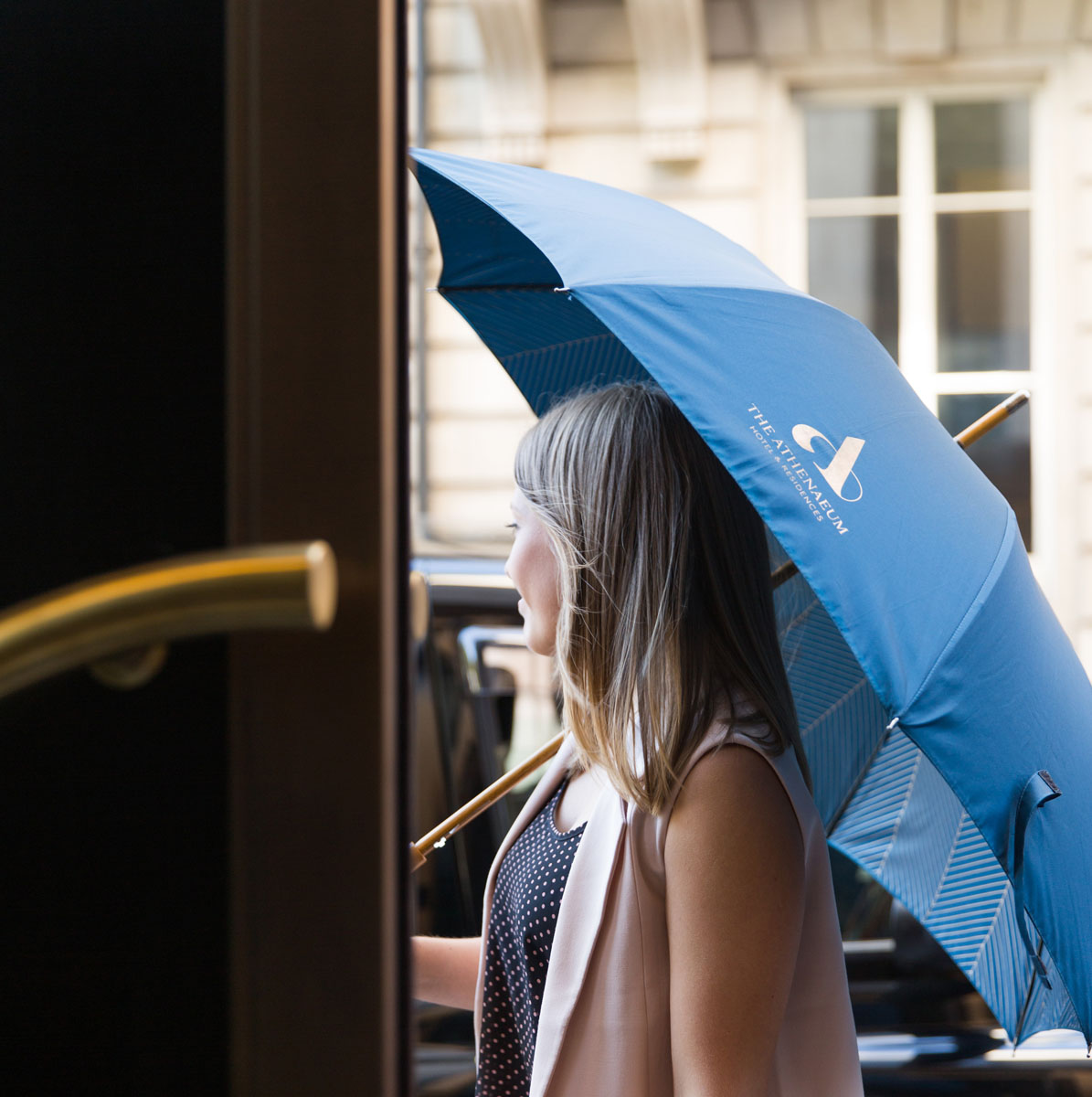 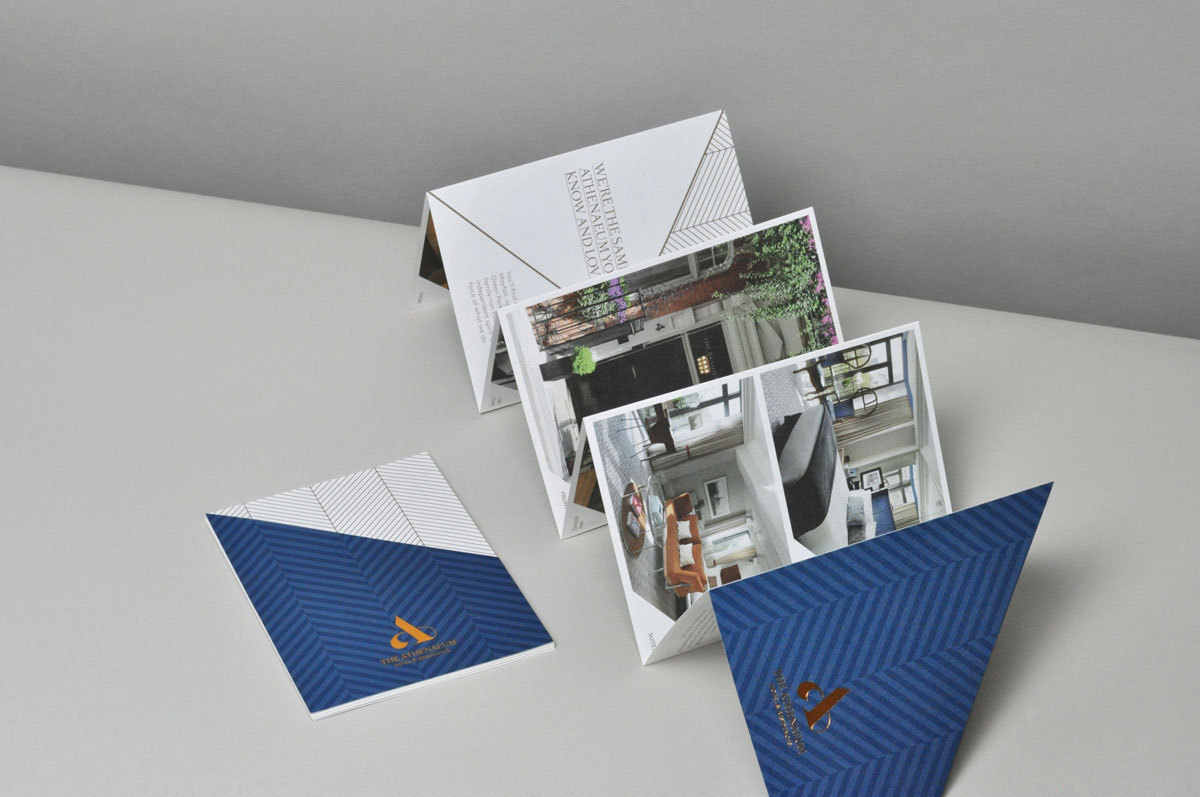 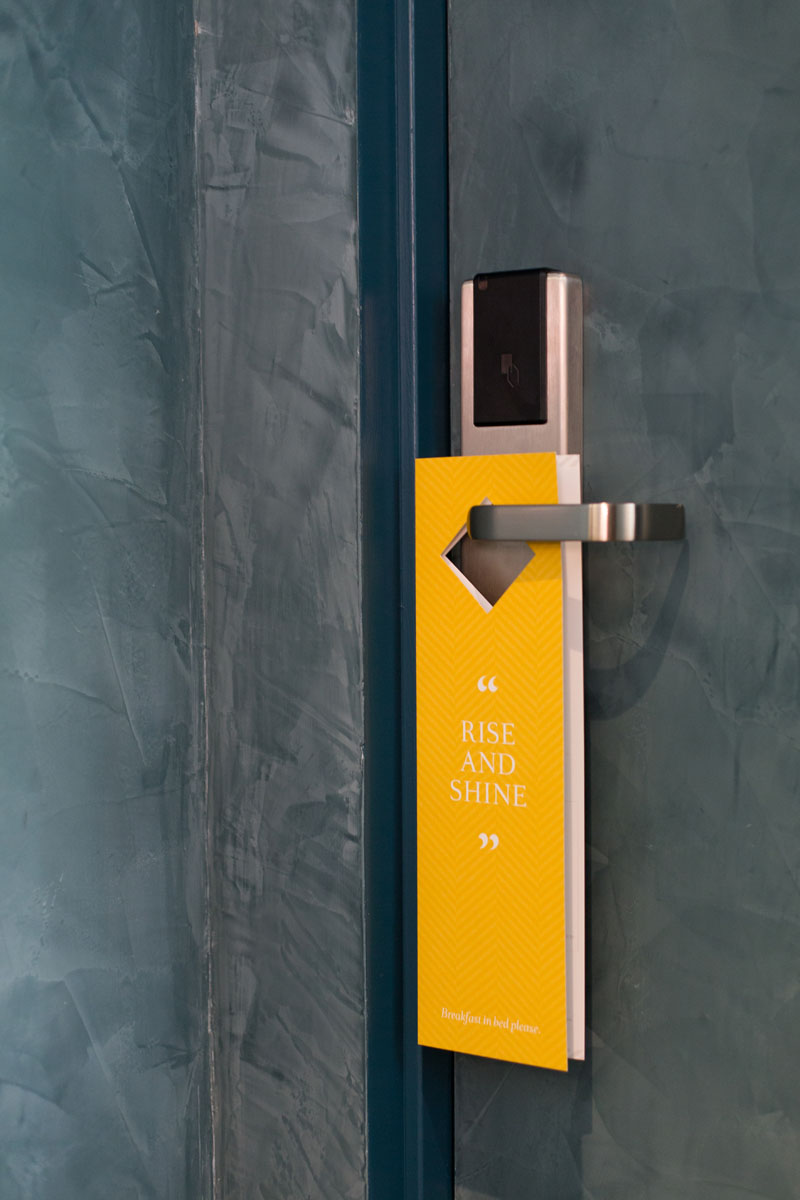 This rebrand reminds me for my Design Museum brand

7up is the latest company to have a redesign. The new look was created by Tracy Locke from New York. The design was produced in this way to bring them back to the core element that defines 7up: lemons, limes, bubbles and refreshment.

This new design is a marked improvement on the old design (below), however it also tends to look better on the mock-ups than the final product.  The image above shows where the circles and bubble come from, using the lemon and lime and then just keeping the shape.

Believe it or not this is a New Era baseball cap with the unusual design of Craig Green.  He is one of several art and design students selected by the hat brand to design a new Era cap, the most uniquely creative would win a £10,000 bursary to help them launch their career.

“I thought about the words ‘New’ and ‘Era’ and have come up with something with a fusion of old and new,” says James Gardner of his design. “I thought about iconic head adornments of the past like Ceasers head wreath and taking something cheap like the cable ties and dyeing them to give a new look, something unrecognisable.”

These are soon to be exhibited in five galleries across Europe – London, Paris, Berlin, Milan and Barcelona. In case you’re wondering who won the £10K bursary / prize – it was Craig Green, whose design is the image displayed at the top of this blog post.

The Independent has just launched ‘i’, its new daily newspaper “designed for people with busy, modern lives”.  But what exactly is it for?

I have to say that the results are however a little confusing, from these photographs the layout has a lot happening and there doesn’t seem to be too much white space.  There are splashes of colour sections, making the days of black and white long gone.  There are many boxes of text and tabs everywhere and looks more suited to the web.  Every though the internet is at its peak do we want that in our newspapers?

The point of the newspaper is that it can be consumed in a small amount of time.  The News Matrix (above) provides 15 stories over a spread, each with only a mere 40-wordparagaph.

This new design isn’t surprising given that the owner of The Independent Alexander Lebedev, famously turned The Evening Standard into a giveaway.

The most successful sections are the ones devoid of advertising.  A Health spread gives the impression that there’s a more in-depth feature to be read.

Creative Review believes that this new reading experience is to fit in with the pace of contemporary life and the moment just adds confusion.  I have to disagree with this; to me it doesn’t seem easy to follow.  I want to look at a spread and know what the main headlines are immediately and not have to take time to read each section to find what I’m looking for.

I know that it is difficult to get everything perfect straight away but I feel to create a user friendly newspaper it still needs a lot of work.  This is just my opinion and I’d be interested to know what you think?

Spin has unveiled a new look for the Alliance Graphique Internationale’s (AGI) website.  They have managed to keep it very simple and given it a clear feel.  They have organised the sit in a way that I believe is much better and it is easier to follow.

a-g-i.org now contains around 3,000 additional images of members’ work and also a wider range of essays and interviews with leading design figures.

Spin’s Tony Brook hopes that the re-launched site can become a resource for students, educators and professionals, while being also appealing to the casual viewer interested in the history of graphic design.

There are many different essays and interviews on the website that are well worth a look and contain some interesting pieces on the history about graphic design.

Waterstone’s has a brand new identity, out go the serifs and caps and in comes the sans and lowercase.  There is also a range of logo iterations in the store.  This rebrand has been completed by venturethree.

There is a mixed reaction about this rebrand, The Register described it as resembling ‘pendulous dugs’.