Astrid Stavro’s team at Pentagram have unveiled the new typographic identity created for Maker Mile, which launched as part of Venice Design Week 2020. The new platform (not to be confused with the east London initiative of the same name) aims to promote the tradition and development of craft in the platform’s home city of Venice, with subsequent editions set to spotlight cities around the world.

Although the identity appears simplistic at first glance, the execution is quietly playful. The horizontal bar of the L is dramatically elongated, cleverly containing linear detailing within the wordmark itself that stretches along posters, signage, book spines and even adds an enticing spin to wayfinding.

The concept is brought to life in animations, where the L is stretched out like a tape measure, shunting the E along to the edge of the image. Another variation sees the horizontal bar form the outline of various objects that allude to the platform’s spirit of all things craft.

Expanding the wordmark evokes the idea of forward-thinking direction, while also creating the sense that, like a physical strip or ‘mile’ in many cities around the world, the platform is a destination worth visiting.

Every day should begin and end with a good cup of tea.

Thankfully, Four O’Clock is a a cut above some of the generic tea brands on the market. Utilizing a rich navy that stays consistent across flavor variants, each rectangular box sports stylized images of the flavors contained within the tea, with cinnamon sticks breaking and chai leaves blooming.

Each variant features a color strip that denotes that the tea’s flavor will be rich and tranquil. The bright colors are inviting and pair beautifully with the elegant serif font that makes up the logo. Our favorite element is a small touch-a simple tea leaf emerging from the letter “R.”

We worked closely with the company’s founders, mother and daughter, to elaborate the brand strategy and creative development of this new design. Bold, curious, generous, pure and creative the Four O’Clock brand is Obsessed with taste. The black/dark color was part of the Four O’Clock brand equity. We changed it to a blue/black more unique tint and added vibrant, appetizing and bright colors to not only convey the idea of bold flavors and generosity, but also make the brand color blocking more distinct and visually attractive.

Moving house is hard work, with one of the main goals being the moment when you’ve finally got inside your new property and can enjoy a takeaway meal to celebrate. This will be a familiar feeling the world over, but is particularly pertinent in Quebec, Canada, where traditionally most residential leases come to an end on the same day, July 1.

This means an average of over 100K households in the province pack their belongings and move into their new homes on what Quebecers refer to as ‘Moving Day’. Tapping into this event was a recent campaign from McDonald’s Canada, created by Cossette ad agency, which repurposes the contents of moving vans to look like McDonald’s meals, which can be ordered via McDelivery.

The posters also aim to tell different Moving Day stories, which helped define the objects that were featured: The fries execution was inspired by a young man moving into his first apartment in a trendy Montreal neighborhood; the Big Mac execution featured a family with kids moving into a suburban home; and the Egg McMuffin spot highlighted a young couple moving into their first home. 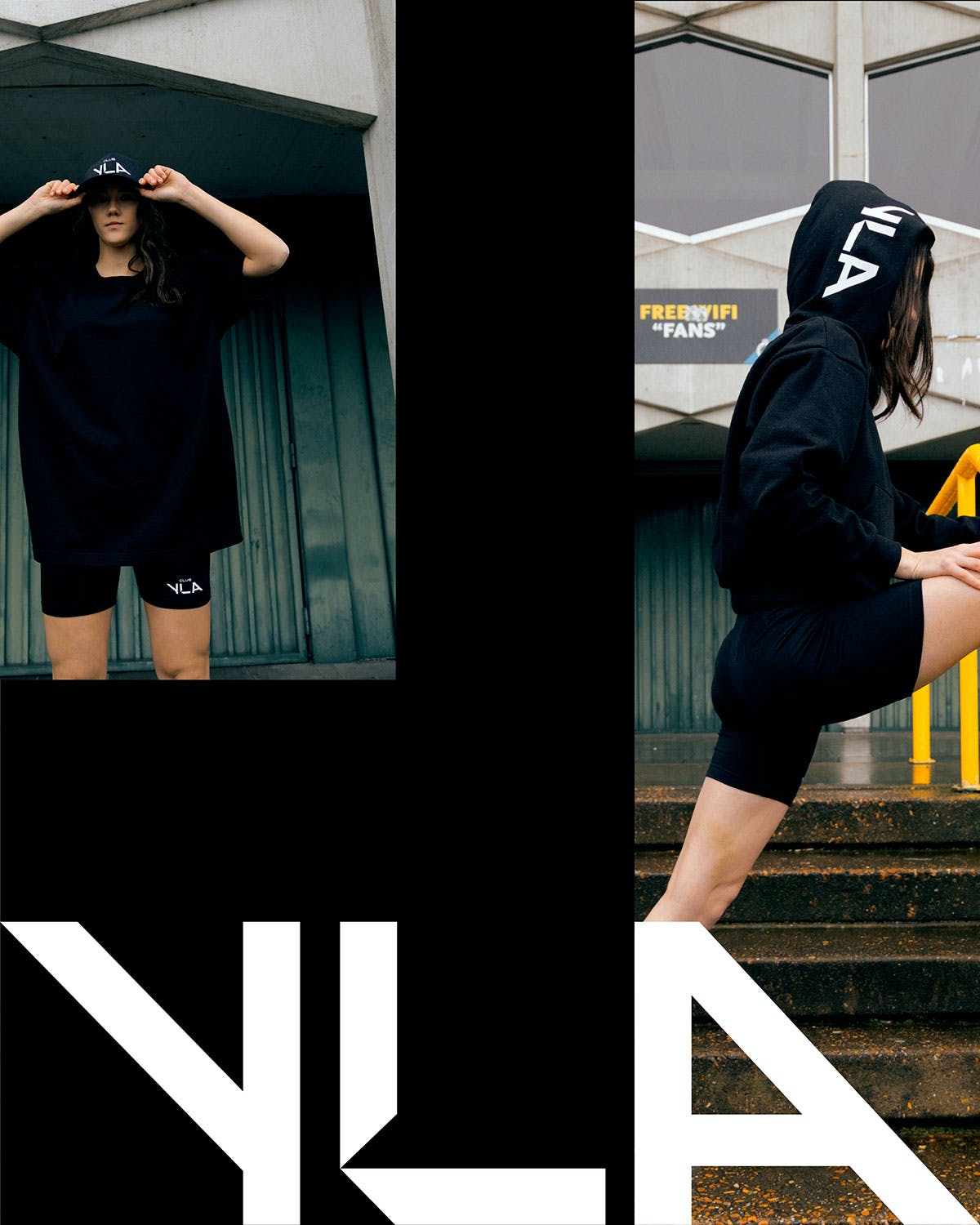 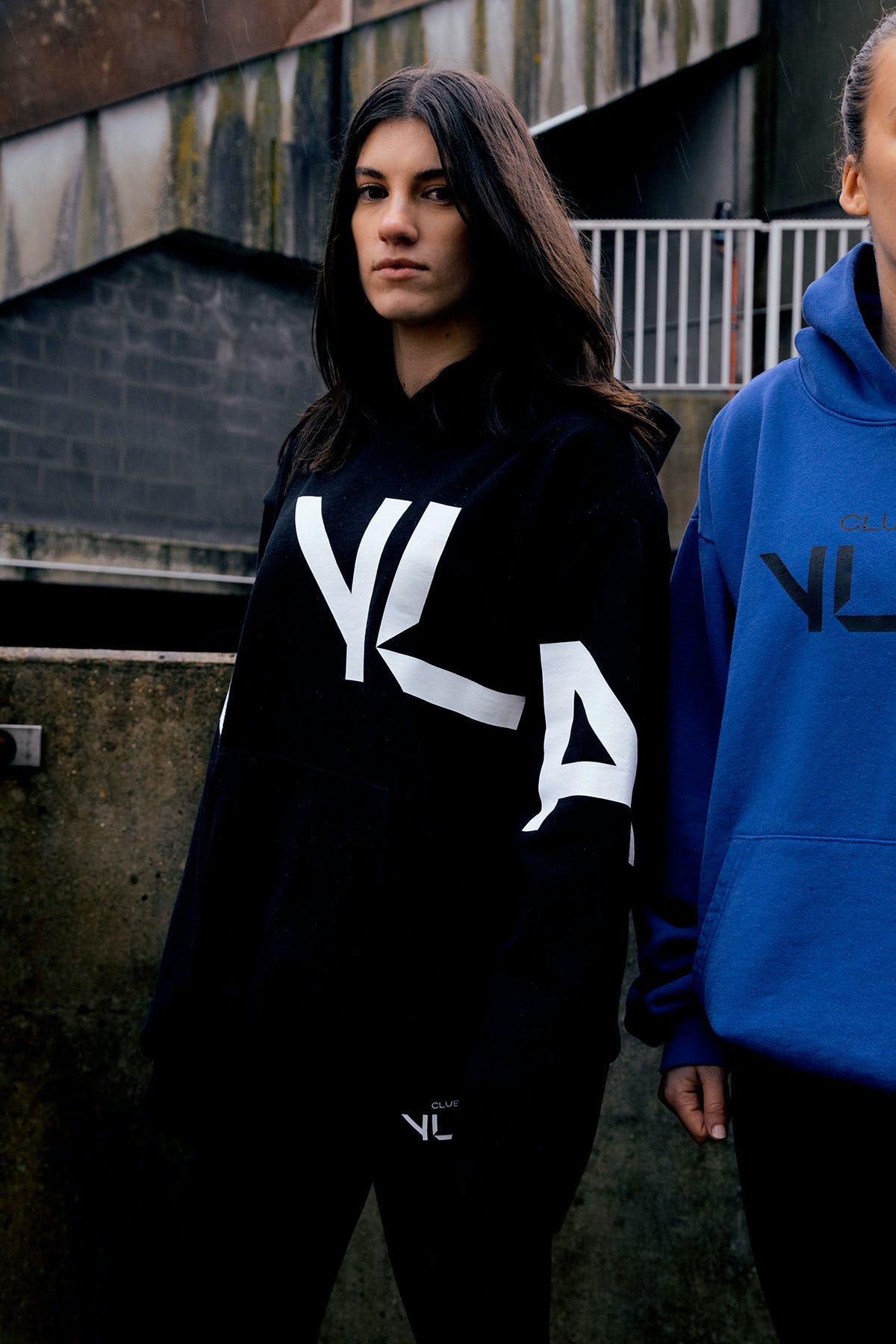 The rebrand sees the club renamed as Club YLA in honour of Yvonne Lahousse, a Brugge local and diehard fan. “[Lahousse] died in 2006 at the age of 91. She was the ‘mother of the Spionkop’ – the part of the stadium with the most loyal supporters. Her fanaticism was legendary; mere days before giving birth she could still be found behind the goal to cheer on the team,” says Studio Dumbar.

The design aims to reflect Lahousse’s “dynamic, passionate and energetic” spirit, and will be applied to merchandise as well as outdoor ads and digital communications. With its bold black-and-white colour palette, angular typeface and striking photography by Stig de Block, it’s a fresh and contemporary look – one that feels closer to campaigns from the likes of Nike and Adidas than it does to traditional football branding. 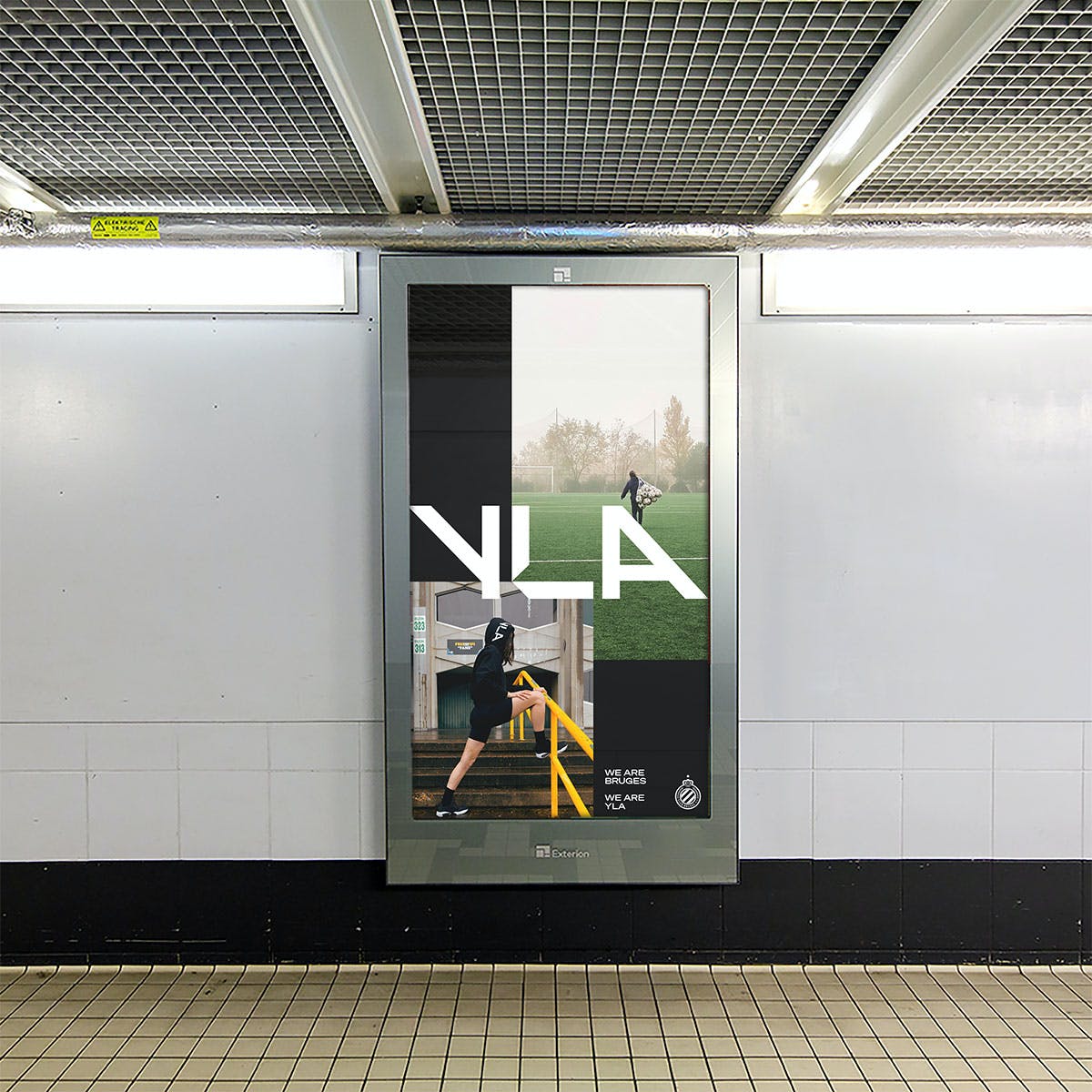 Photography, meanwhile, aims to reflect the club’s “down to earth attitude” and urban location, while the colour palette reflects the team’s core colours of black, white and blue.

Art Director Victoria Rosselli and Creative Robyn Frost are asking people around the world to share photos from out of their windows, in a bid to reframe how we see our homes under quarantine.

Images are then given a custom type treatment and repurposed as holiday postcards – something that, for many of us, are now a dim memory. So far the pair have received images from Edinburgh, Dubai and Honolulu which, with a bit of typographic help, have taken on a new lease of life.

It’s an uplifting project that reminds us that people around the world are all stuck in the same situation.

It’s also encouraging to see design being put to use to cheer us all up – and maybe even help us realise that however boring the view from our homes might seem, it still has its own unique charm.

In a bid to emphasise its fresh food credentials, Burger King is showing the world exactly what happens when a Whopper is left to age for over a month.

Between the growing market for vegan, unprocessed or organic foods and the increased backlash in the face of the obesity crisis, it’s safe to say fast food chains are facing an uphill battle. While brands in this space have shown inventive responses to such quandaries, Burger King US has taken an unexpected punt at demonstrating its credentials as a producer of ‘real’ food. The move comes as the chain begins to remove preservatives from its recipes, apparently steering away from the additive-laden products most have come to expect from burger chains.

Built around the tagline ‘The beauty of no artificial preservatives’, the new campaign centres on a time lapse that begins with a meticulously assembled Whopper burger, staged M&S-style against a dramatic black backdrop. Before long, however, we see what happens to the burger as the days and weeks go by – insert mould, fluff and all manners of scuzz – to the tune of Aretha Franklin’s What A Difference A Day Makes.

The accompanying print ads follow a similar format, capturing the state of the Whopper on different days late into the decomposing process. The campaign was the creation of three agencies – David Miami, Publicis, and INGO Stockholm. 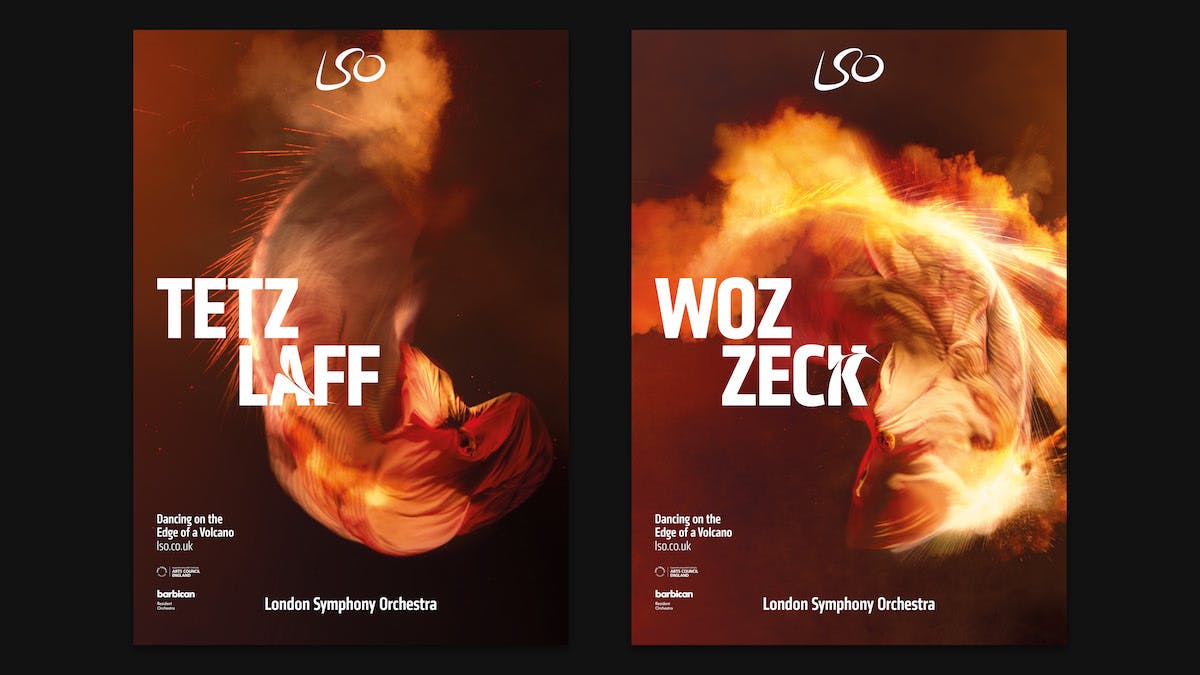