Astrid Stavro’s team at Pentagram have unveiled the new typographic identity created for Maker Mile, which launched as part of Venice Design Week 2020. The new platform (not to be confused with the east London initiative of the same name) aims to promote the tradition and development of craft in the platform’s home city of Venice, with subsequent editions set to spotlight cities around the world.

Although the identity appears simplistic at first glance, the execution is quietly playful. The horizontal bar of the L is dramatically elongated, cleverly containing linear detailing within the wordmark itself that stretches along posters, signage, book spines and even adds an enticing spin to wayfinding.

The concept is brought to life in animations, where the L is stretched out like a tape measure, shunting the E along to the edge of the image. Another variation sees the horizontal bar form the outline of various objects that allude to the platform’s spirit of all things craft.

Expanding the wordmark evokes the idea of forward-thinking direction, while also creating the sense that, like a physical strip or ‘mile’ in many cities around the world, the platform is a destination worth visiting.

In a branding update led by Marina Willer and her team at Pentagram, Rolls-Royce’s RR monogram remains unchanged. However, it has been demoted in the new visual identity as the brand’s Spirit of Ecstasy motif becomes the main logo of the Motor Cars division.

While much of the 3D detail has been reduced in order to make the logo digital-friendly, the shapely figure still retains some semblance of depth, marking a refreshing change from the approach taken by many other car brands lately.

This approach has filtered down into the new wordmark, which now features angled detailing across the L and E to quietly communicate a sense of movement. The adjustments to the wordmark are based on a historic iteration, and while subtle, now looks less John Lewis and more Liberty.

The new look also comes with a linear, abstract visualisation of the Spirit of Ecstasy motif that once again maintains a sense of body and depth and contrasts the bulk of recent car rebrands, such as BMW’s new flat logo design.

The brand identity for Coventry Moves embraces the city’s past, present, and future, and contains icons and shapes inspired by brutalism and modernist architecture

The identity has been designed by Uncommon Creative Studio, and is inspired by brutalist elements and modernist architecture in a nod to the city’s rebuilding after World War II. Based on a modular system of squares and simple shapes, the identity also aims to play on the innovations, movements and stories that have come to characterise the city. The graphic icon in place of the ‘O’ for instance, can be interchanged with various circle-like symbols to represent the industries that have played a role in Coventry’s make-up, such as bicycles, clocks and watches, aircraft and music.

The bright blue that features throughout is tied to Coventry’s medieval past as a centre of the UK’s textile industry. Distilled from the colour of historical yarns, the hue has been named Moving Blue and adds brightness to an otherwise monochrome aesthetic.

DesignStudio has created the branding for the League of Legends European Championship, which aims to build a sense of community in light of lockdown measures.

While the global pandemic has caused major disruption to the vast majority of sporting events, the world of esports has fared comparatively well. In fact, traditional sports have entered the esports landscape more than ever before, with tournaments like the virtual Grand Prix pitting traditional athletes and gamers against one another for the first time.

Yet the impact on events has still filtered down to the gaming world, with significant tournaments such as the League of Legends European Championship (LEC) having to forgo live crowds and in-person experiences at the finals this summer, and instead rely solely on streaming to audiences online.

With the crowd element removed, DesignStudio is aiming to engage viewers of the LEC Summer Finals 2020 by creating a dynamic identity for the event. The identity and motion graphics tap into the language of social media and online communities with hashtags and arcade-inspired emojis, while the tickertape effect evokes the atmosphere of major arena events. As part of the project, DesignStudio also developed a quiz, as well as a futuristic teaser film that acknowledges no arena could be ‘found’ for the tournament, before culminating in a range of motivational messages about the event.

The team looked to 8-bit graphics and classic arcade games for inspiration, yet the overall look and feel is decidedly contemporary – so much so that certain design elements would look quite at home in club culture.

The LEC Summer Finals 2020 branding aims to further this sense of pride and uniqueness in the esports community, in a bid to continue “breaking those entertainment barriers”. That design cues seen in electronic music can exist comfortably in the esports space indicates how preconceptions about the gaming community are being eradicated. “It doesn’t have to be geeky and nerdy and weird. The same people that play those games also attend electronic music festivals,” Ng says. “Why does there need to be a differentiation?”

Pentagram partner Natasha Jen has rebranded the Google-owned GPS app, introducing a whole of host of cute creatures that mimic the many moods of drivers on the road.

Pentagram partner Natasha Jen was commissioned to create a new visual identity based on Waze’s crowdsourcing roots and collaborative spirit, working in collaboration with the app’s head of creative Jake Shaw.

At the heart of the rebrand is the updated Wazer symbol, which now features a rounder, more upright form to emphasise its speech bubble shape and the app’s focus on communication. The accompanying refreshed logotype is based on Boing, a sans serif typeface with rounded corners designed to give a friendlier look.

Jen’s team also developed a new visual language for the app called Block by Block, which is inspired by the modular design of city grids and road systems. The geometric grid ensures consistency across everything from infographics to email templates, featuring a flexible array of colourful block-like shapes.

Illustration has always been a big part of Waze’s visual identity. The new branding brings greater clarity to this style, with Jen and her team redrawing existing icons and establishing a style guide for new illustrations going forward.

The first ever TGI Fridays opened on the corner of New York’s 63rd and 1st in 1965. It was swiftly popularised not as the casual-dining family restaurant that it is today, but as a singles bar for cocktail-swilling young adults in Manhattan; one of the first of its kind and apparently the inspiration for Tom Cruise’s bartender character in the film Cocktail.

More recently, and much like the rest of the food scene on the high street, the restaurant chain has struggled to stand out against the raft of independent burger joints and street food venues that dominate our cities.

Working with the company’s new leadership team, SomeOne has been rethinking the TGI Fridays brand over the past six months, stripping it back down to a tagline that captures the essence of its New York origins: The Fridays Feeling.

“Our vision is to make Fridays famous again so we needed to breathe fresh life into the brand by relevantly leveraging the past,” says the chain’s CEO, Robert B Cook. “The Fridays Feeling is the inspiration for our new food and drink menus and a service plan designed to consistently deliver the best guest experiences and a generosity of spirit.”

SomeOne started by reducing the brand name down to just Fridays, based on the fact that the meaning of TGI had become lost and confused over time.

Another design feature from the restaurant’s roots is the use of bold vertical red and white stripes, which nod to the original awnings of the 1965 bar, and also take inspiration from historic circus company Ringling Bros. and Barnum & Bailey.

In its newly unveiled brand identity, the company attempts to tread the fine line between heritage and modernity, retaining its signature purple hue but introducing a redrawn wordmark, new iconography and a fresh approach to typography. 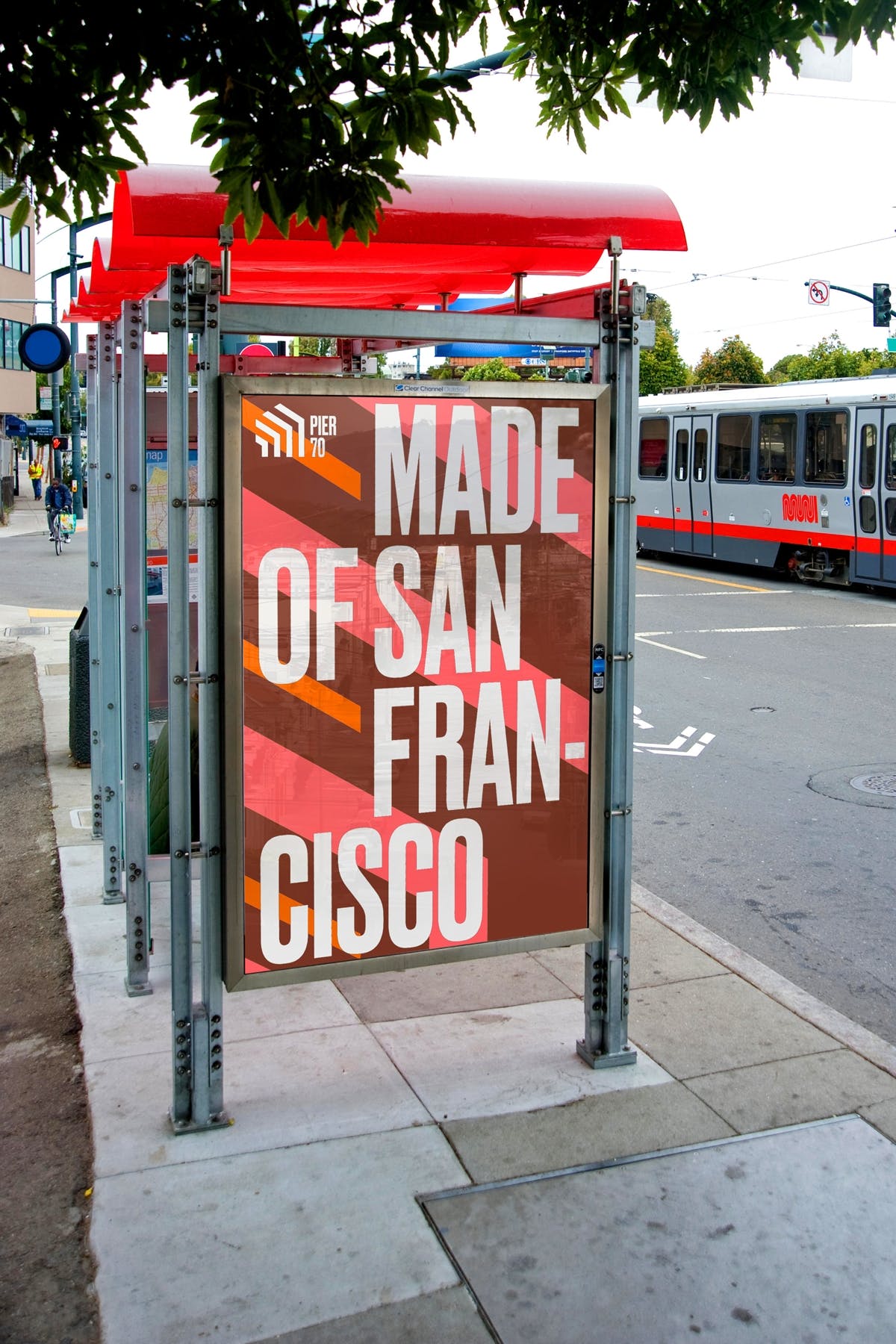 Founded in 1934 in response to police attempts to stop peaceful protests during the Hunger Marches. While Liberty’s values have remained the same throughout its history, its branding had become dated over the years, and the organisation brought in design studio North to reimagine its visual identity for today’s landscape.

The double L and I character in the new logotype is intended to be a “rallying cry” to its membership base, says North, adding: “Our civil rights are dependent on the effort of individuals, and so challenge us to be responsible. The special L and I character expresses the dichotomy between the organisation and the individual.”

Bureau Grot was chosen as the main font family for its “bold” appearance and “approachable quality”, says North, while the core colour palette eschews politically charged colours such as red and blue for green, and was inspired by the coloured hankerchiefs of the Argentinian women’s rights and pro-choice movement Pañuelazo.

The studio also worked on a brand campagin to go with the visual identity, which uses the logotype to highlight some of the key cases Liberty has worked on over the years, which have ranged from fighting fascism to exposing the dark side of mass surveillance. 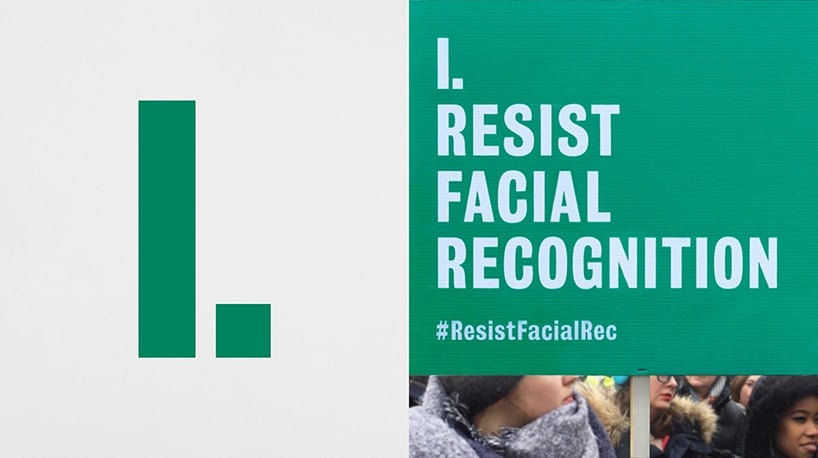 &Walsh, Jessica Walsh’s recently formed agency, was commissioned to work on the branding, strategy and merch for SuperShe. It’s a fitting project for the designer given that &Walsh is one of the 0.1% of design agencies founded, owned and run solely by women.

“When looking at other women’s communities, we realised that many of them were overly prescribing the way women in that community ‘should be’. Be a girl boss, travel the world and wear your nightly face masks.

The agency developed a custom brush font which aims to be “loud and confident” but also “friendly and fun”, according to Walsh, and is paired with secondary fonts Panamera and Bureau Grot. 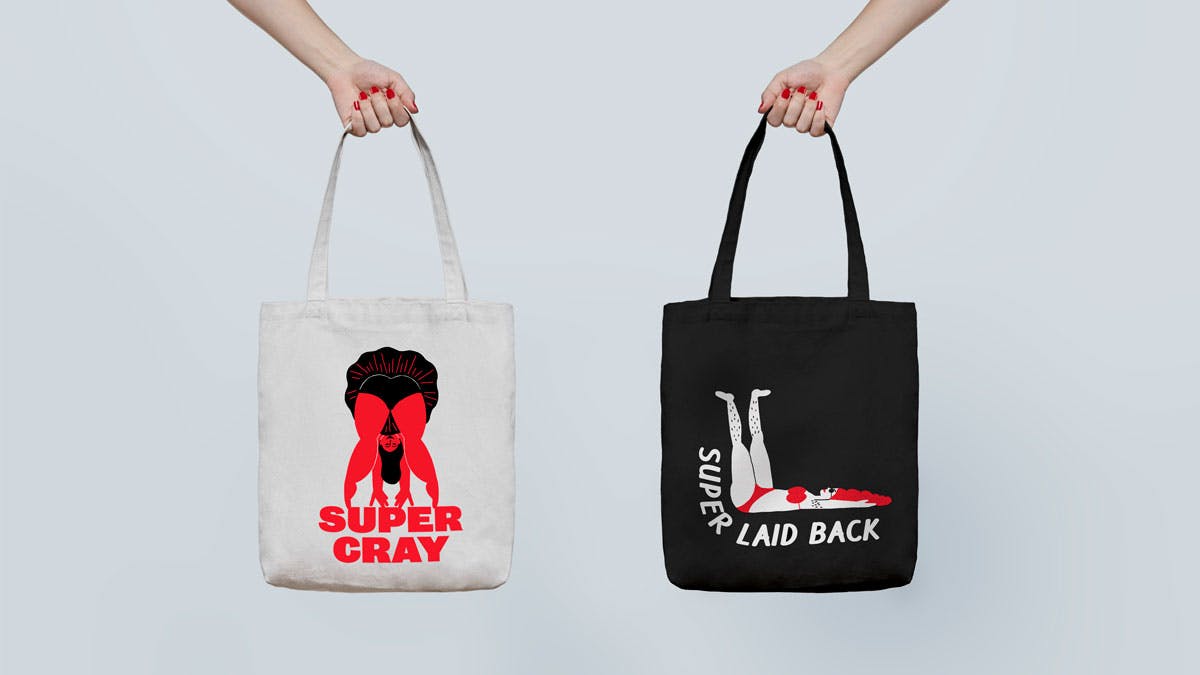