DesignStudio has updated the mental health charity’s branding, creating a new colour palette and drawing on the organisation’s logo to create a set of squiggly punctuation and design elements.

It’s been ten years since Mind last updated its branding, and in that time the mental health crisis has become more pressing – only exacerbated by the events of the last year.

DesignStudio says it was time for the organisation to recapture its “fighting spirit” with refreshed branding that would help expand Mind’s reach. Established in 1946, the organisation supports those facing mental health challenges as well as raising awareness and lobbying for change. DesignStudio’s new palette revolves around a brighter version of Mind’s blue, used alongside a pastel pink, minty green and bright coral.

“We wanted to build on existing elements but broaden Mind’s appeal for today’s diverse audience,” says DesignStudio creative director Vinay Mistry. “After extensive research with employees, volunteers and people with lived experience, we brought fresh thinking to the visual toolkit.”

Perhaps the most charming bit of the refresh is the squiggly punctuation DesignStudio has introduced – inspired by Mind’s existing symbol, and made using hand-drawn illustrations created by the studio team. Farmer describes the update as “more modern, diverse, accessible and legible” – all of which feels essential for the organisation to keep connecting with, and helping, people across the UK.

The Tokyo-based publisher Kodansha owns several literary and manga magazines, and first published much-loved manga series Akira in the early 1980s. It also released some of Haruki Murakami’s earliest novels, as well as manga series Attack on Titan, which was published in 31 serialised volumes, 100 million copies of which have been issued.

The new identity and logo is Kodansha’s first brand update in over 100 years, and is themed around a fresh statement of purpose: inspire impossible stories. Gretel’s work is reminiscent of art gallery or cultural institution branding, featuring an elegant new logo made up of intersecting lines in a square – a nod to the layout of comic book pages.

“The brand logo represents Kodansha’s position at the crossroad of all cultures, where many ideas, voices and stories intersect,” says Gretel creative director Sue Murphy. “It’s also inspired by Japanese hankos, acting as a stamp of quality on Kodansha’s content, as well as a monogram.”

Kodansha CEO Yoshinobu Noma describes the rebrand as an opportunity to “communicate who we are on a global scale”, suggesting it’s an attempt to help spread Kodansha’s profile outside of Asia.

Pentagram has brought a new typographic look to the Poetry Foundation and its long-established magazine, Poetry, which explores the visual possibilities of this unique written form. 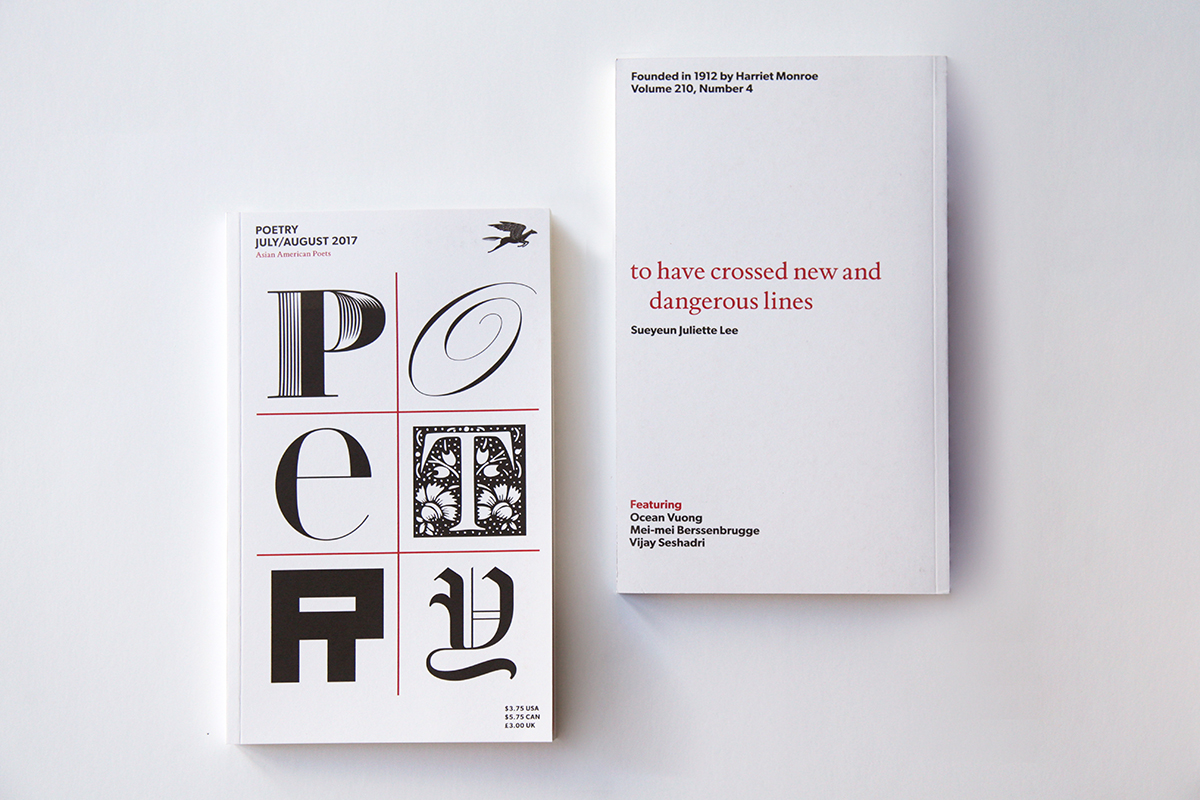 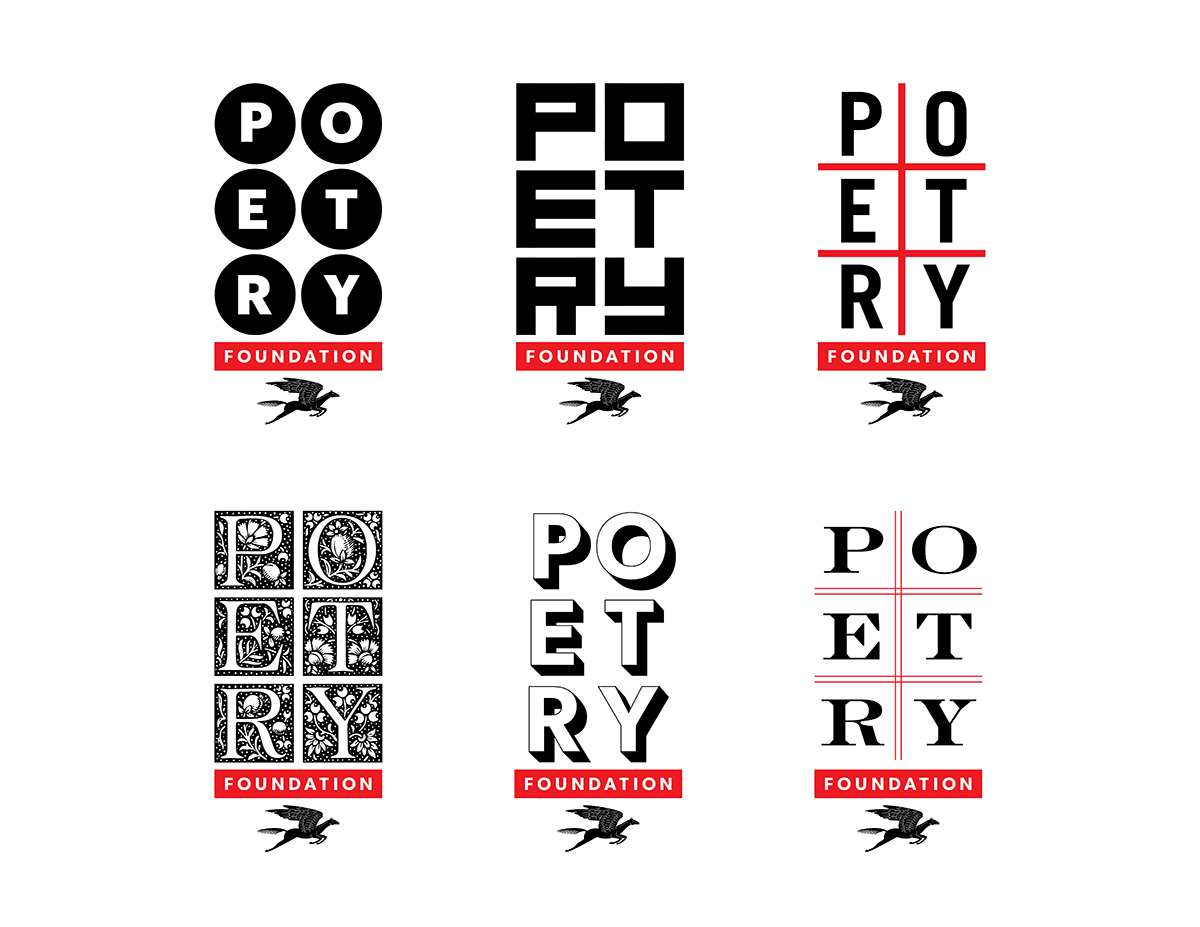 In a project that unites the look of the Foundation, Poetry magazine and the organisation’s online presence, Pentagram New York designed a new grid-based identity which allows for the name to be displayed in myriad different ways and emphasises the place of graphic design and type in shaping our appreciation of this written form. 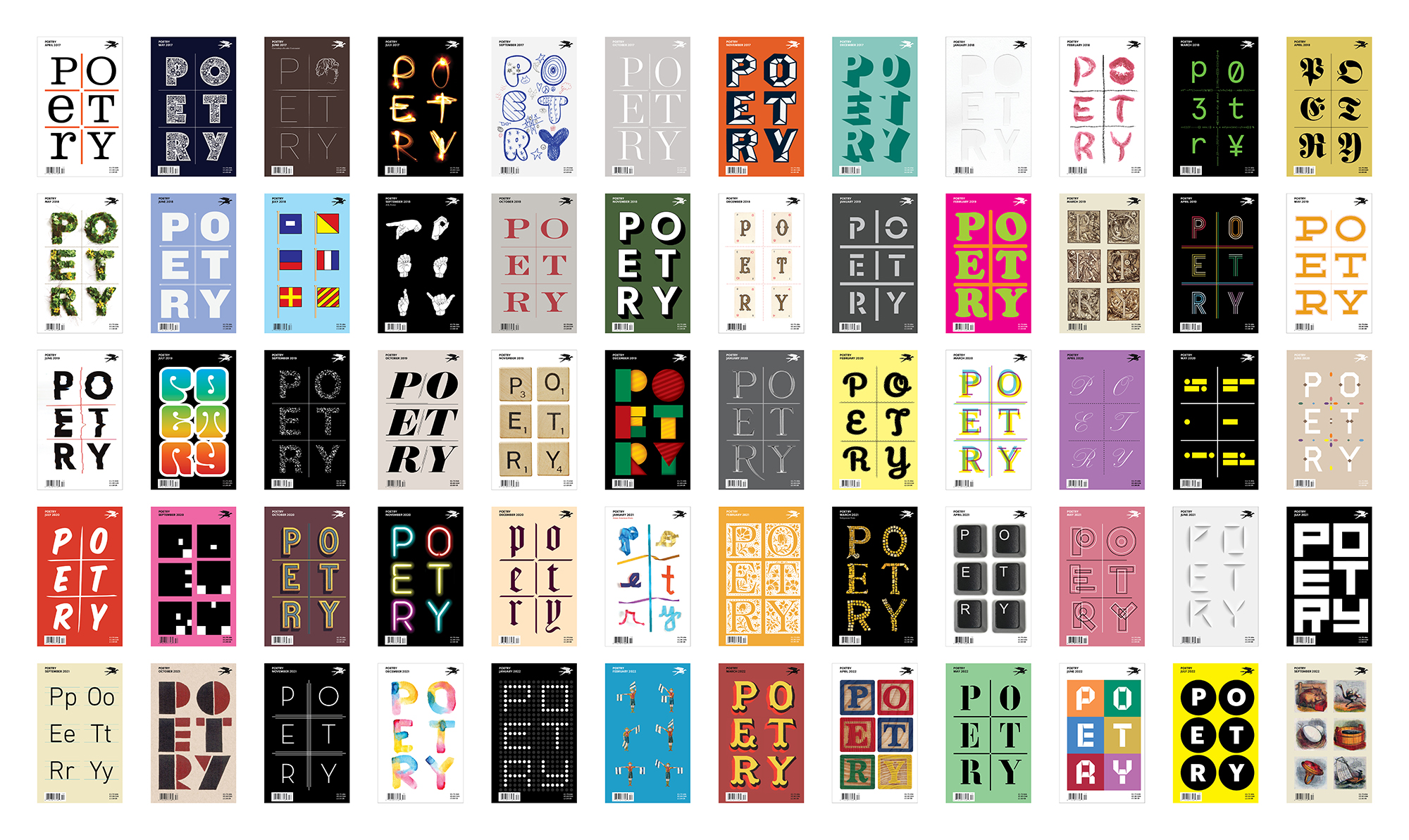 ‘We considered a number of different directions, but this was the only direction where the focus was on visual treatments of the word ‘Poetry’. We found ourselves thinking of everything from the radical Futurist poetry of Marinetti to the idiosyncratic punctuation of Emily Dickinson and e.e. cummings. From that we took license to divide up the word into its 2 x 3 grid and to experiment with different kinds of letterforms and mark-making.’ Michael Bierut 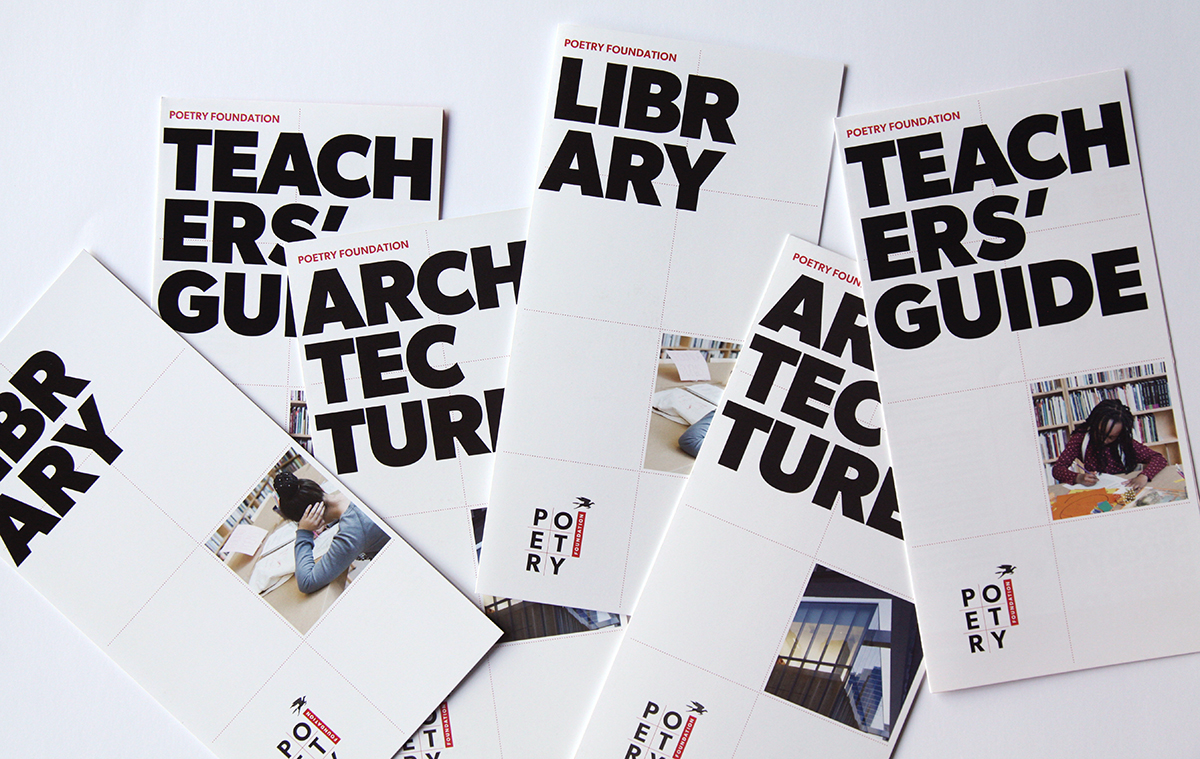 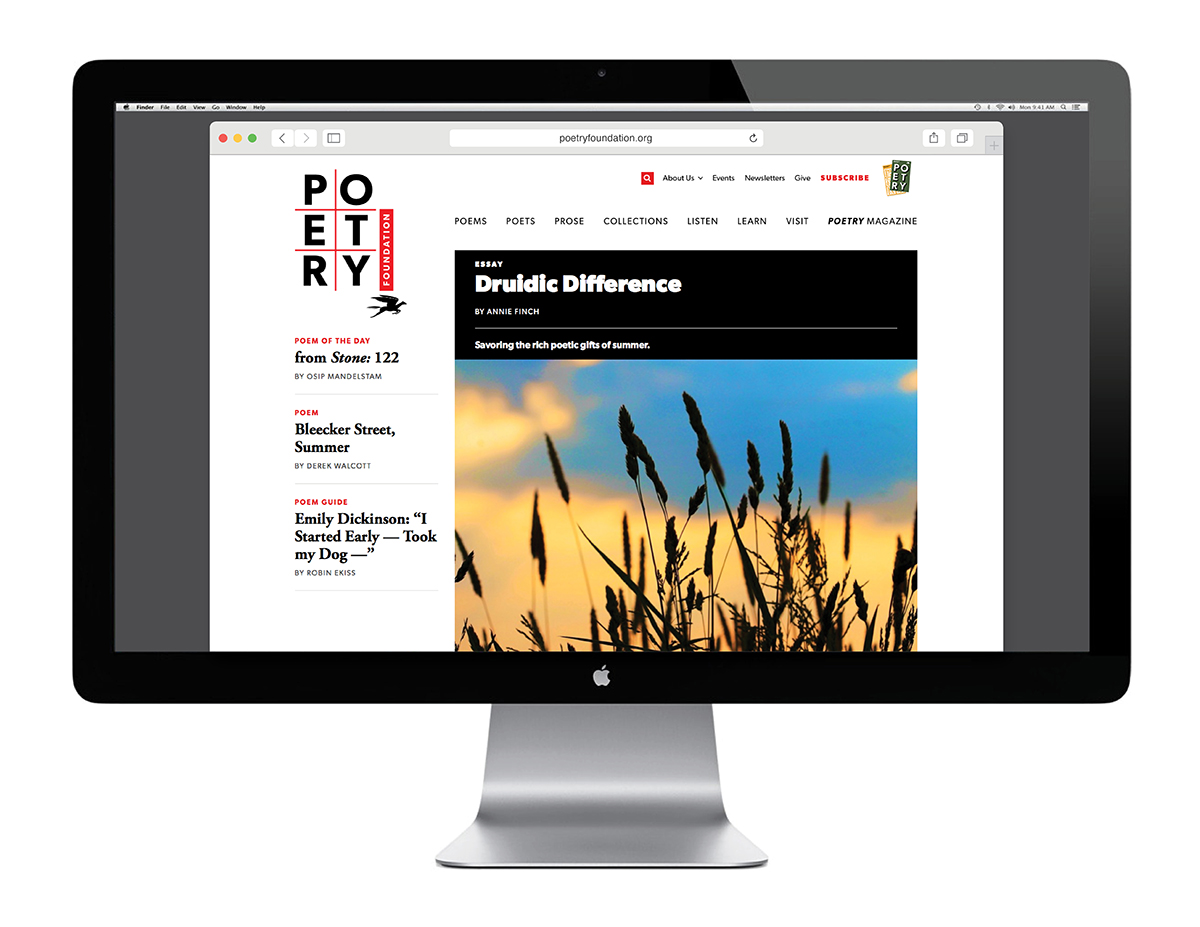 There is a new ad trend in town. For the last few years, advertising for women has been heavily focused on empowerment, with many brands overtly throwing their hats in with a feminist position. Recently though this has evolved into a wider movement towards diversity.

Diversity is in fashion right now, and hopefully it will stay that way. Ads are starting to reflect a desire from consumers for the communities that we live in to be more accurately reflected in our media: for the variety of different ages, races, shapes and styles that we see around us every day to appear on billboards and TV screens. The most recent example of this is this new, widely shared spot for H&M:

The Beautiful Meme is working on the identity for a new museum celebrating the work of illustrator Heath Robinson, due to open in Pinner, north west London next summer. The identity is based on a typographic logo, which draws on the complex inventions featured in Robinson’s work. 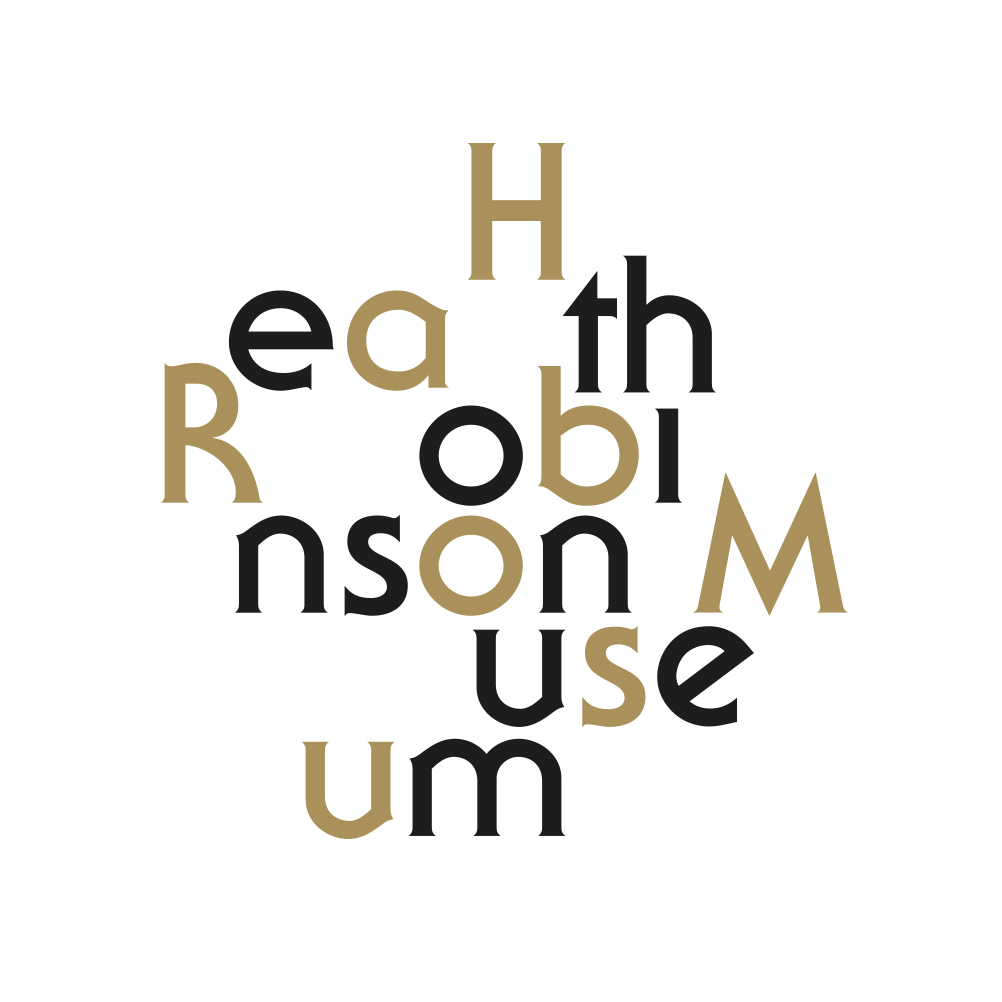 Ben Haworth, creative director at The Beautiful Meme, says the logo for the museum is inspired by the complex machines in Robinson’s illustrations, which he created as a cartoonist and later as an advertising illustrator for brands including Hovis, Crawford’s Biscuits and Shredded Wheat.

O2 has released an epic two minute-long animated spot to celebrate its sponsorship of the England rugby team, which sees players including Chris Robshaw, Mike Brown and Courtney Lawes become giants through the support of fans. 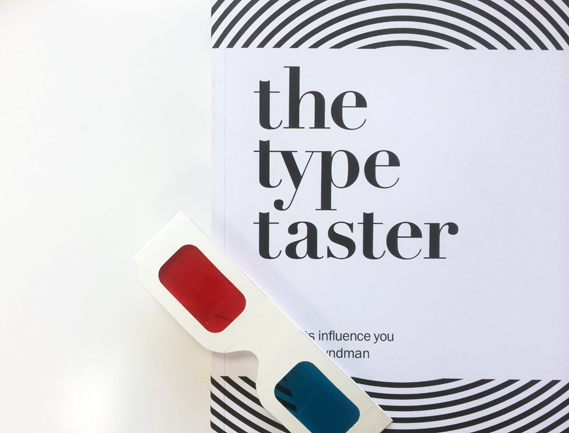 The Type Taster shows how fonts influence you to highlight how type can influence decision-making, evoke memories or affect other senses. It also looks at the individual personalities of different typefaces and what people’s type choices reveal about their personality.

Find out more about this book on Creative Review blog