Yet Burger King France has given it a go with its Le Whopper de la Quarantaine poster campaign, aka the Quarantine Whopper, which shows a poster of neatly organised, shop-bought ingredients that fans can use to imitate BK’s Whopper at home. While it doesn’t reveal how to cook and put all of these ingredients together, the image-focused ad is a nod of solidarity to the country, which has been under lockdown since March 17.

Created by Paris ad agency Buzzman, the ad was tweeted out on Burger King France’s official channeland received a wave of support and recreations with nearly 4,000 retweets and over 17,000 likes at the time of writing. As part of the campaign, Buzzman has also created similar iterations for its Le Steakhouse, Le Big Fish, and Le Big King burgers. 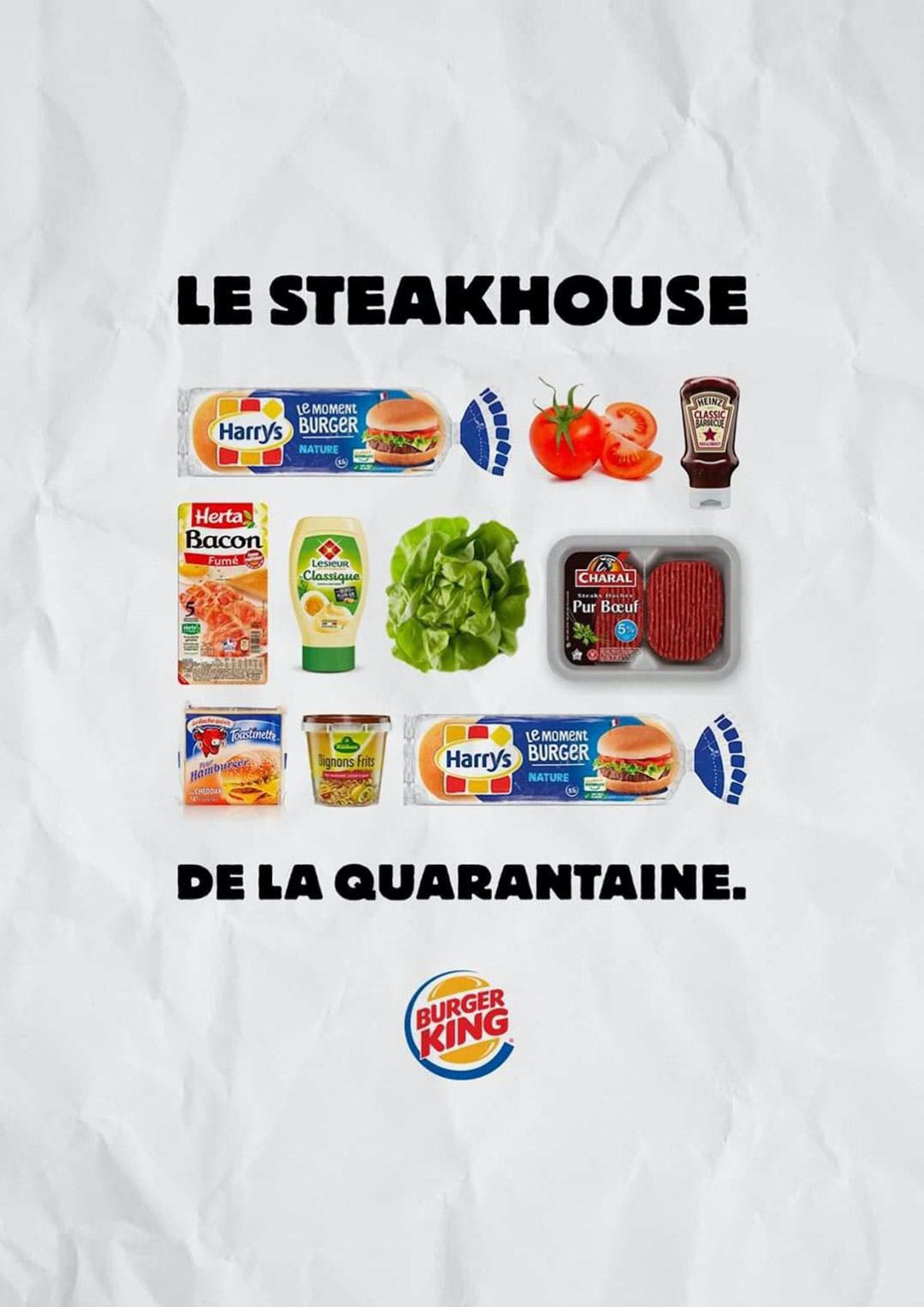