The exhibition, at the Crypt Gallery in Norwich, features the work of five design agencies – Spin, A Practice for Everyday Life, North, Muir McNeil and Graphic Thought Facility – that have each contributed a poster design for the show, as well as a piece of graphic design work that best illustrates each agency’s individual practice. The exhibition was organised by Andy Campbell of Norwich School. 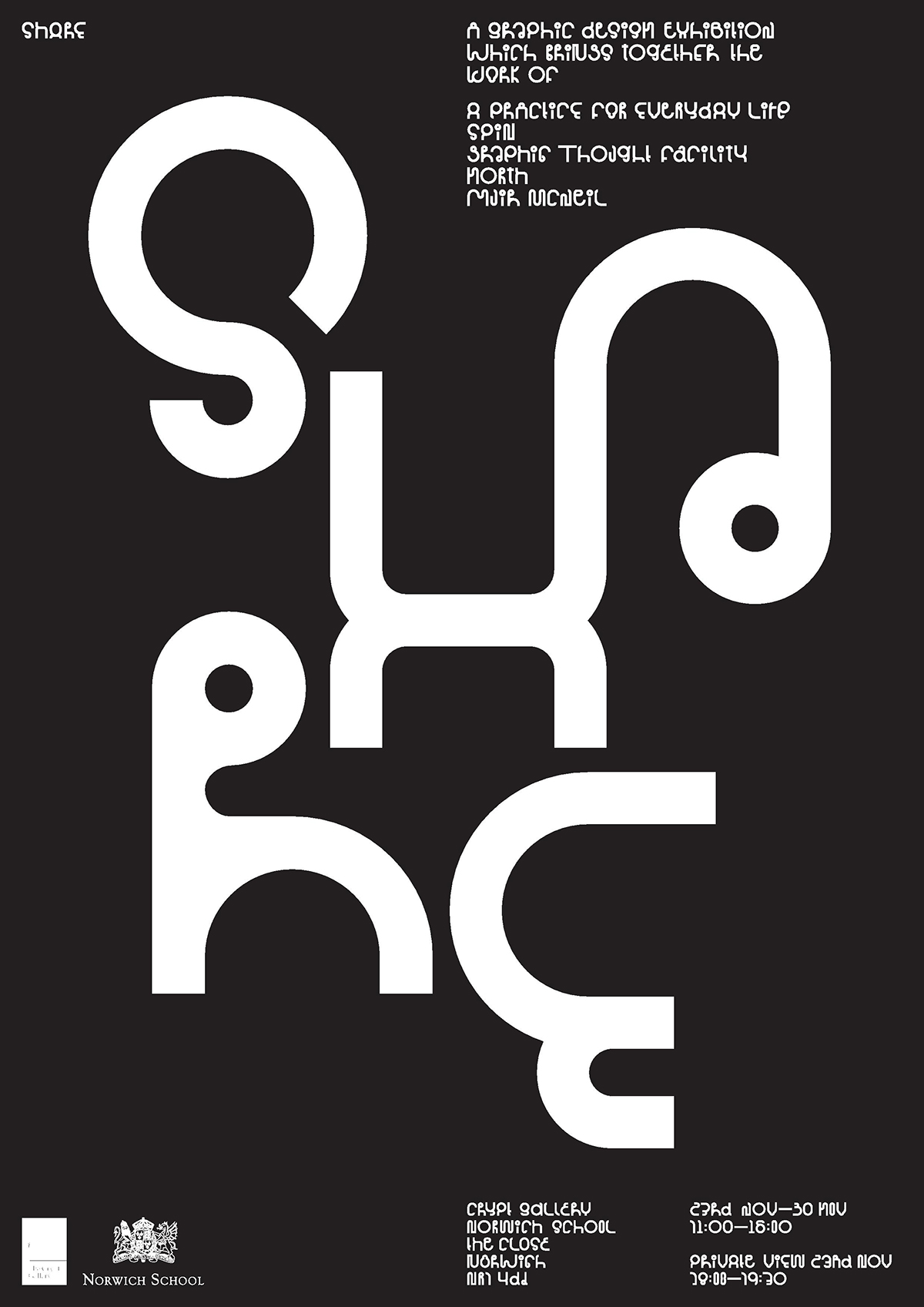 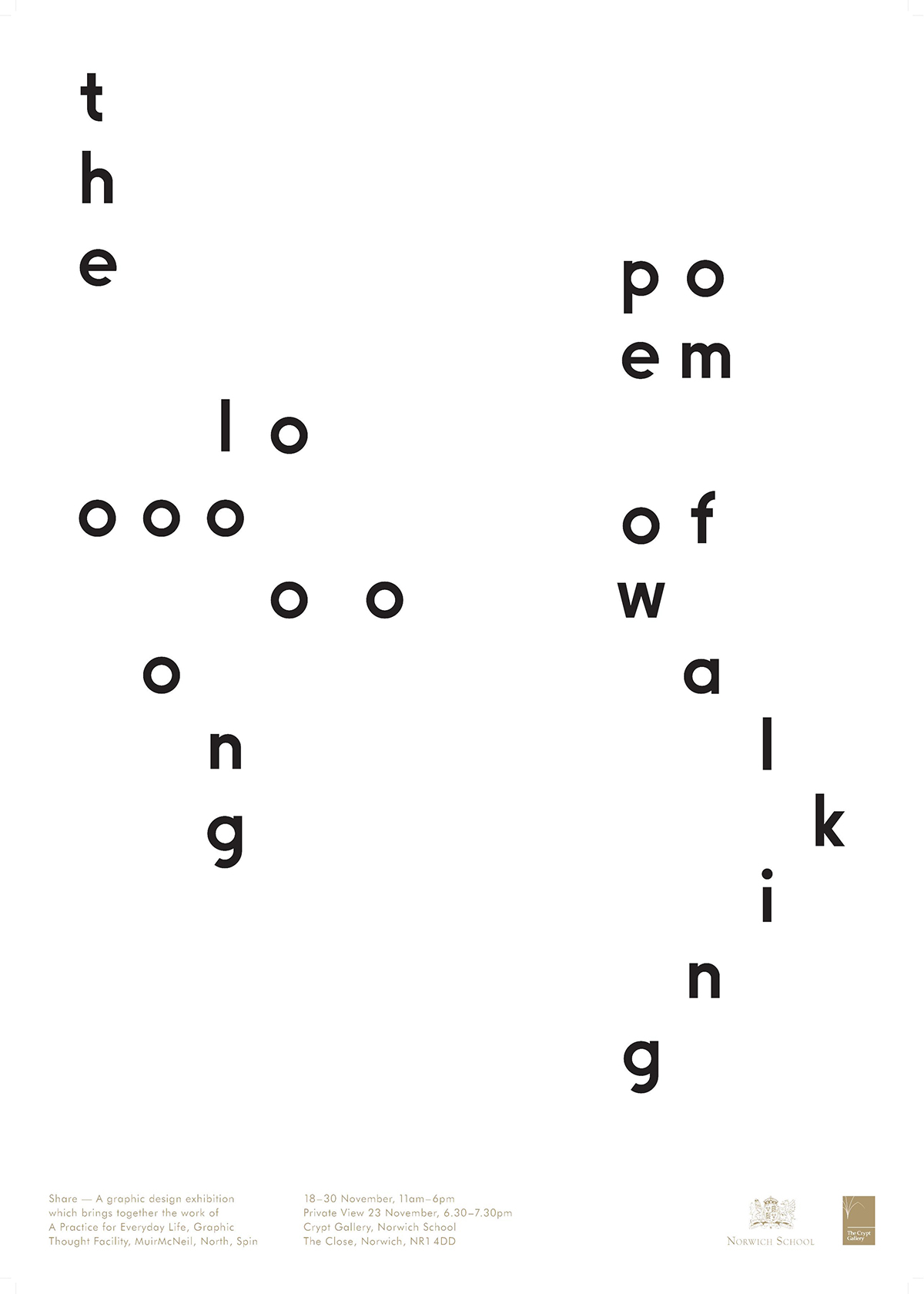 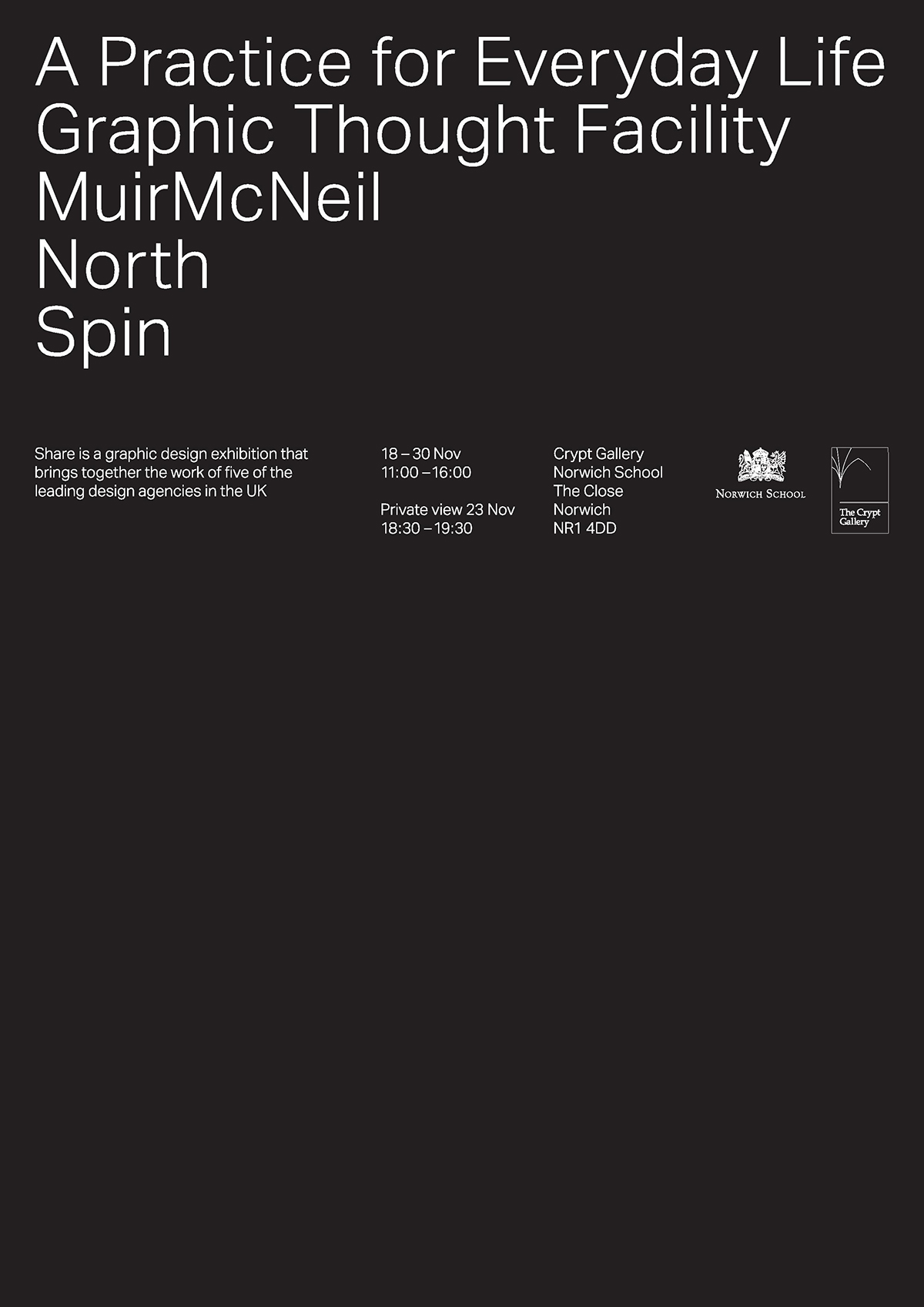 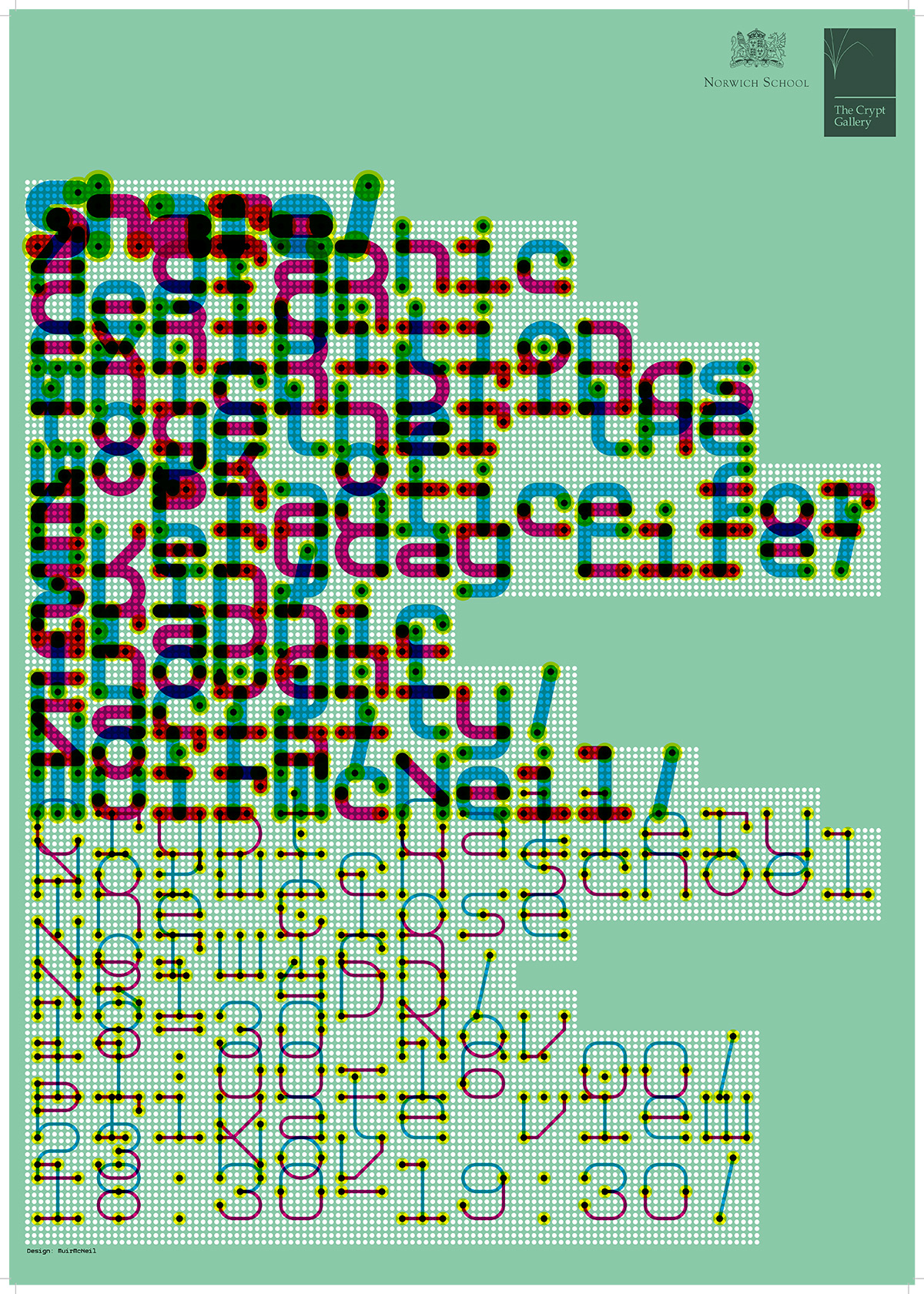 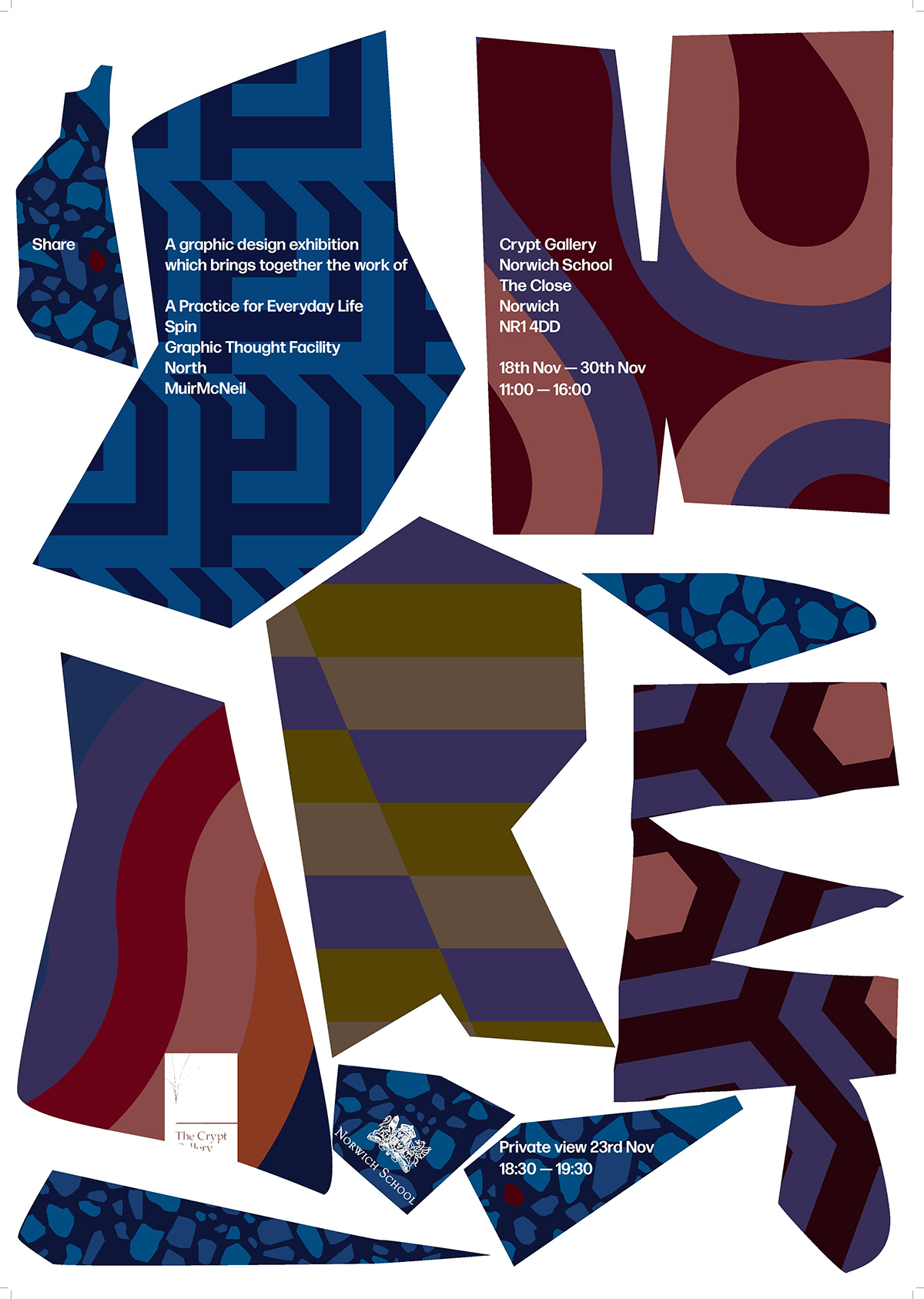 Share is something of a rarity by placing graphic design in an exhibition format. While such shows do sometimes crop up at design-focused galleries, graphic design all too often only makes the walls of an exhibition space in the form of promotion or wayfinding. Campbell suggests that because graphic design is commonly set to a brief, it tends to remain framed within that context, rather than as a standalone piece of creative work.

However, he believes graphic design is worthy of an exhibition in how it slows it down and makes us look at the work with a different focus. “I think this is true of all the design-based subjects,” Campbell says. “Some work better than others in the exhibition format. [It] allows one to cherish the design of the work, in a way it takes the viewer closer to the creative part of the process, so they can take time looking at the use of colour, the feel and form of the typography, the format and the material, the things that the designers will have cared for and about.” 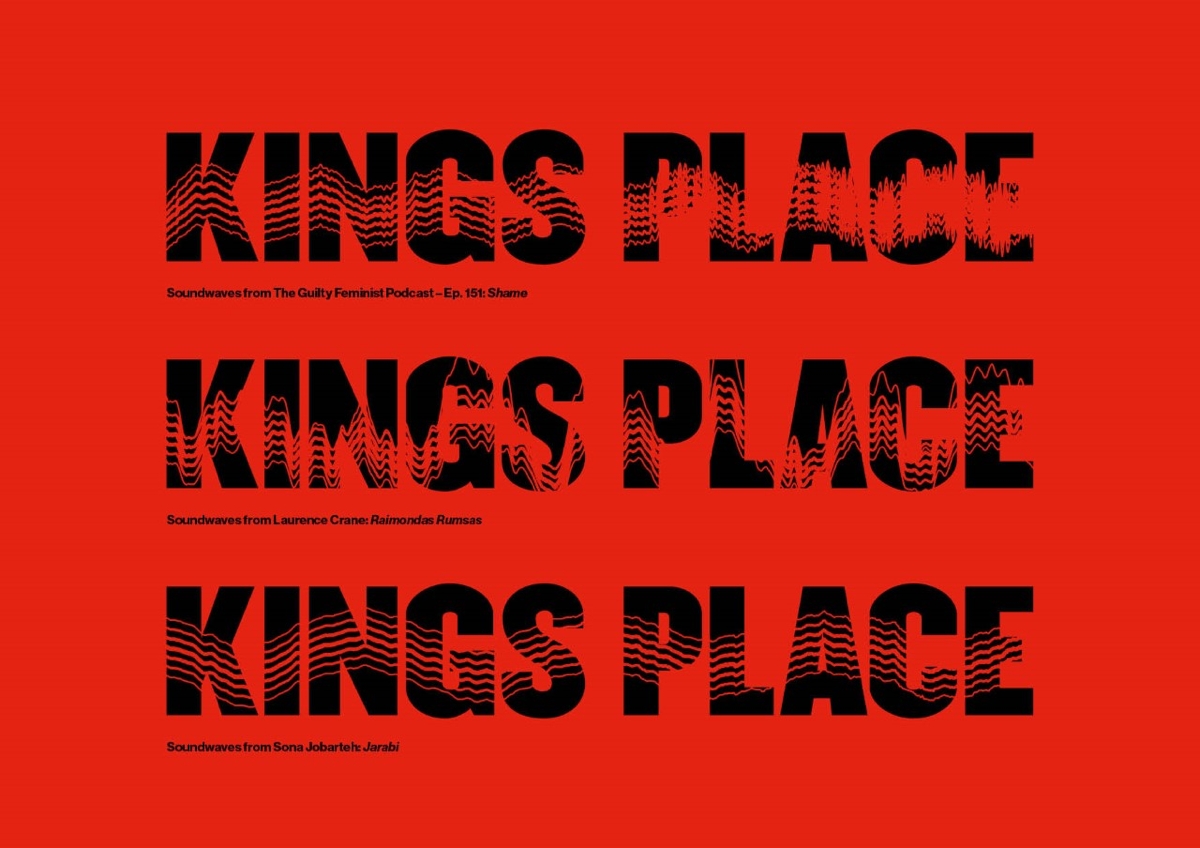 Based in London’s Kings Cross, the space bills itself as the ‘cultural pulse’ of the area, hosting comedy, festivals, music performances and talks. To create its new identity, Studio Sutherl& delved into the “energy and variety” of its events. Working together with software engineer and digital artist Joe Pochciol, the studio built SoundWaveMachine – software that can analyse audio files and then generate new logos based on them. 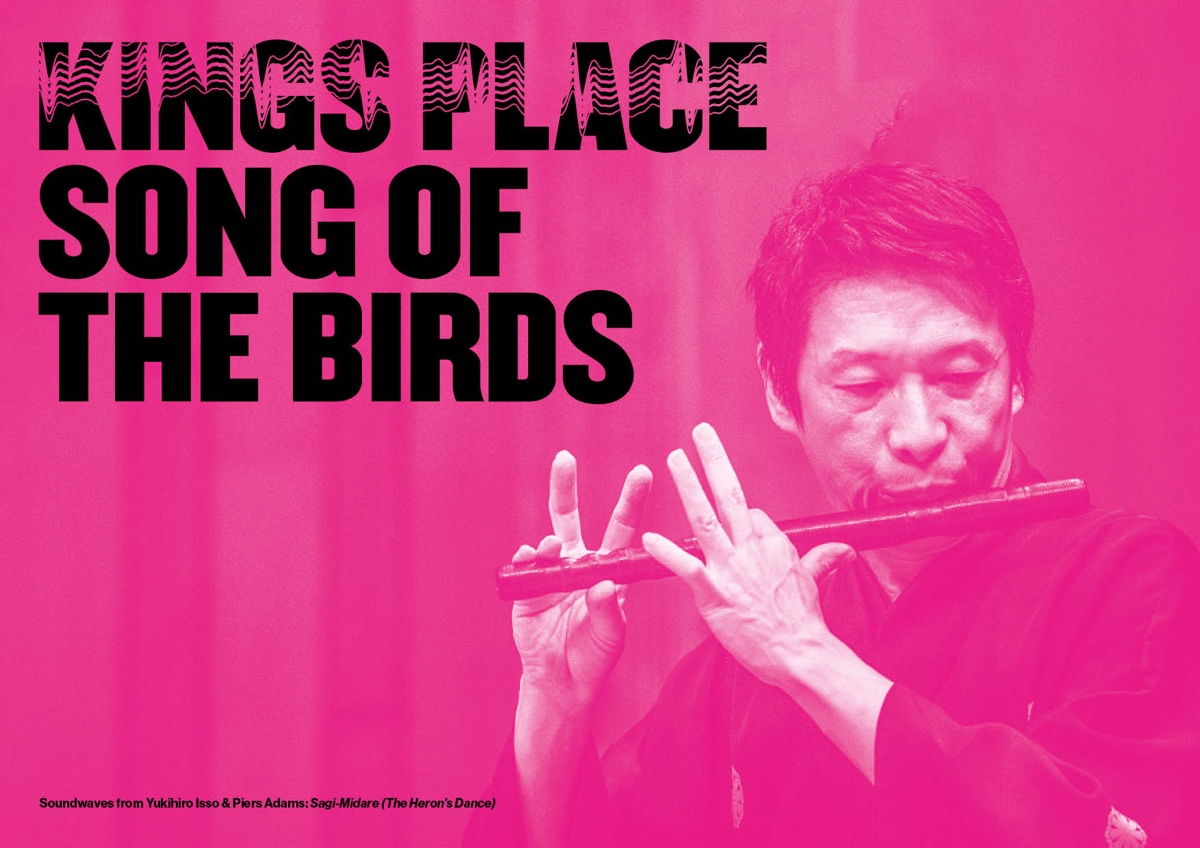 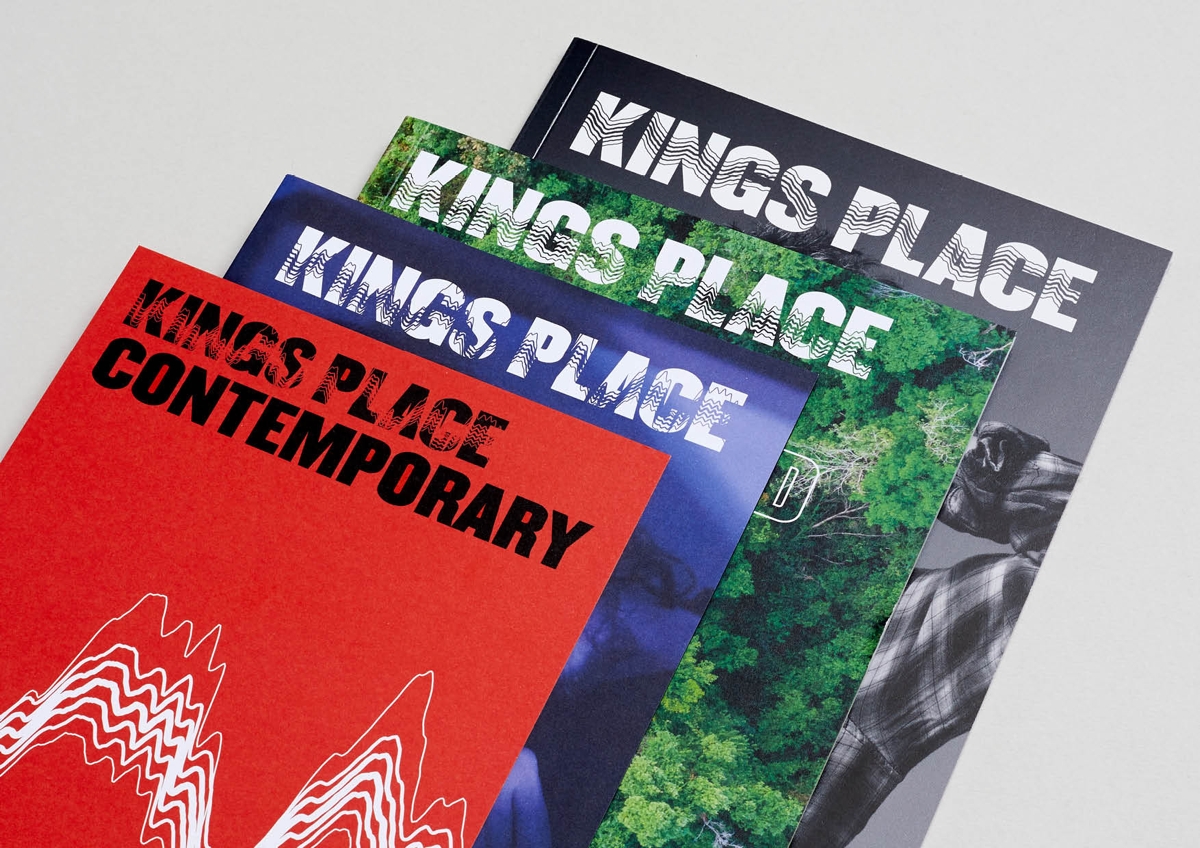 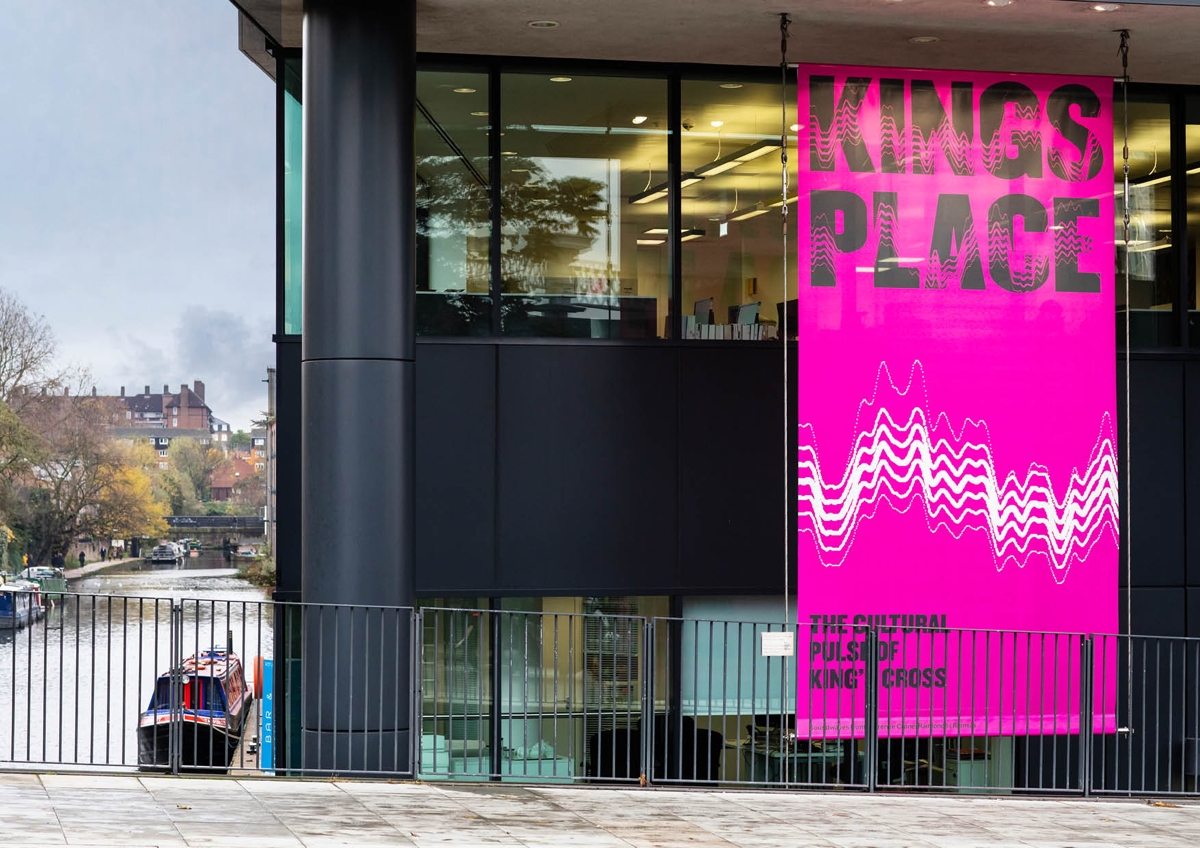 Part of the aim of this approach was to bring together Kings Place’s sub brands, and the sound waves give each of these a common visual identity that still allows for some individuality.

Now, the branding for each event follows the same typeface – Champion Middleweight – but adopts its own unique pattern, based on music or sound from the performance.

The rebrand is designed to reflect Simmons & Simmons’ interest and investment in emerging technology, as well as attract keen young graduates that might otherwise be lured away by Silicon Valley. It’s an attempt to stand out from the sea of other law firms, who for years have relied on the same old branding to attract clients and employees.

“Law and lawyers are lagging well behind the rest of the world when it comes to branding, marketing and things like that,” SomeOne founder Simon Manchipp told CR. “They’ve always relied on really big brains attracting other big brains, but I think they’ve woken up and started to understand that brand is not just a logo, typeface and colour. It’s reputation, and the visual identity helps manage that reputation.” 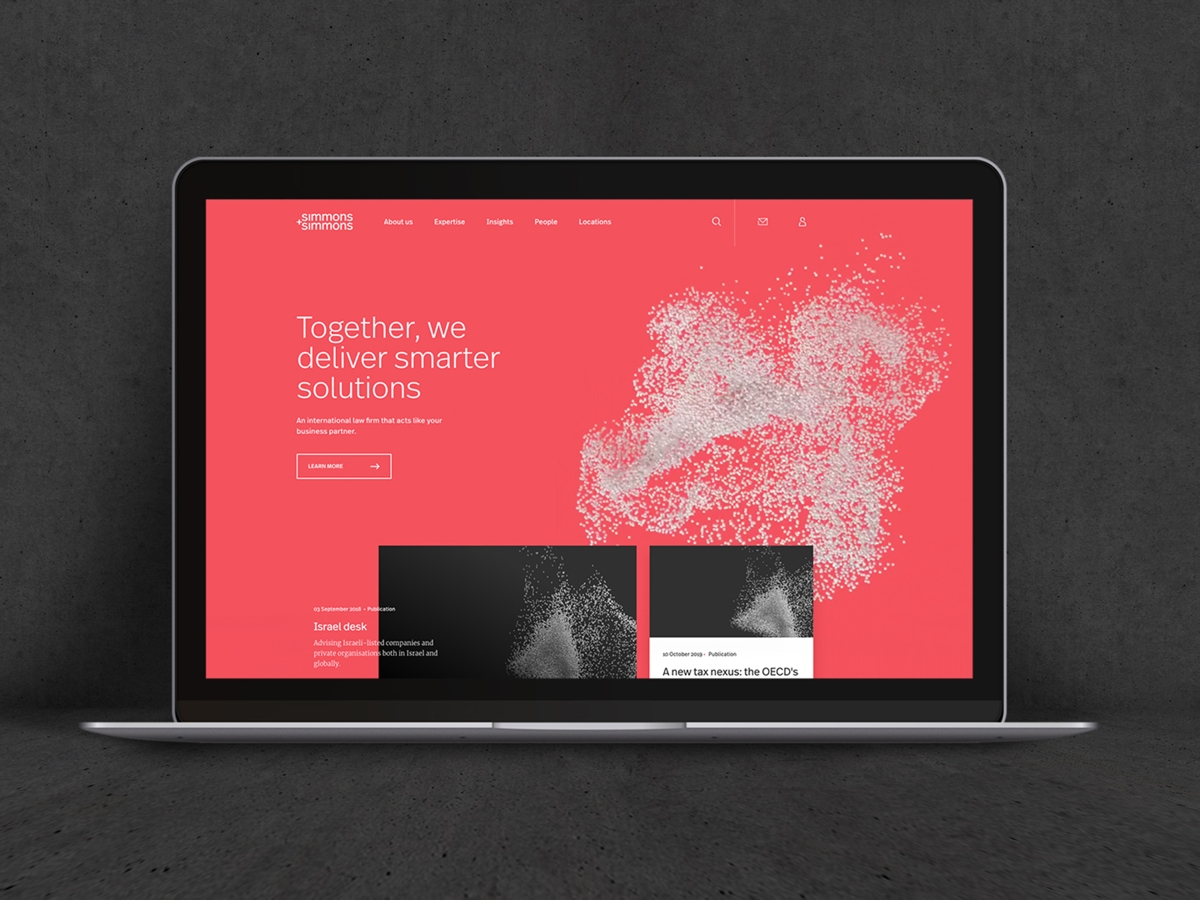 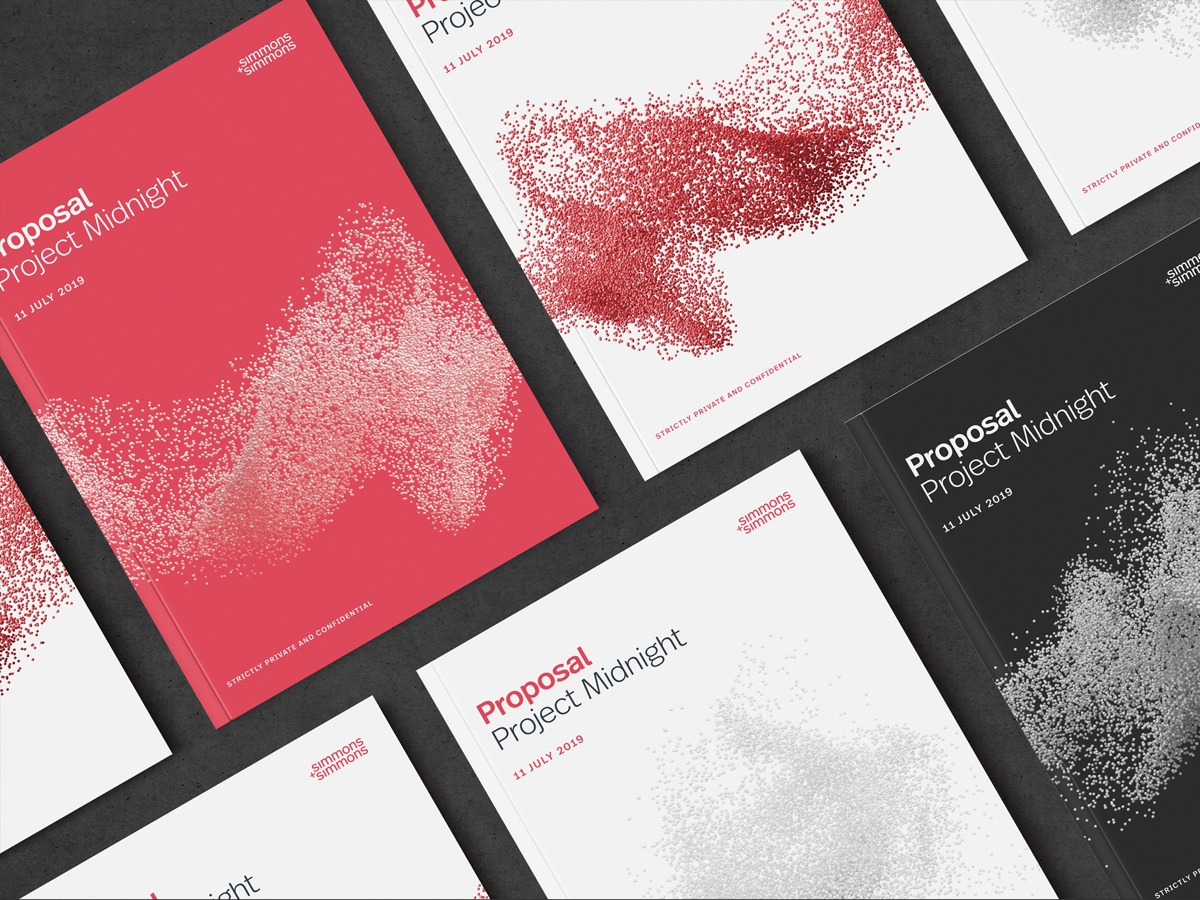 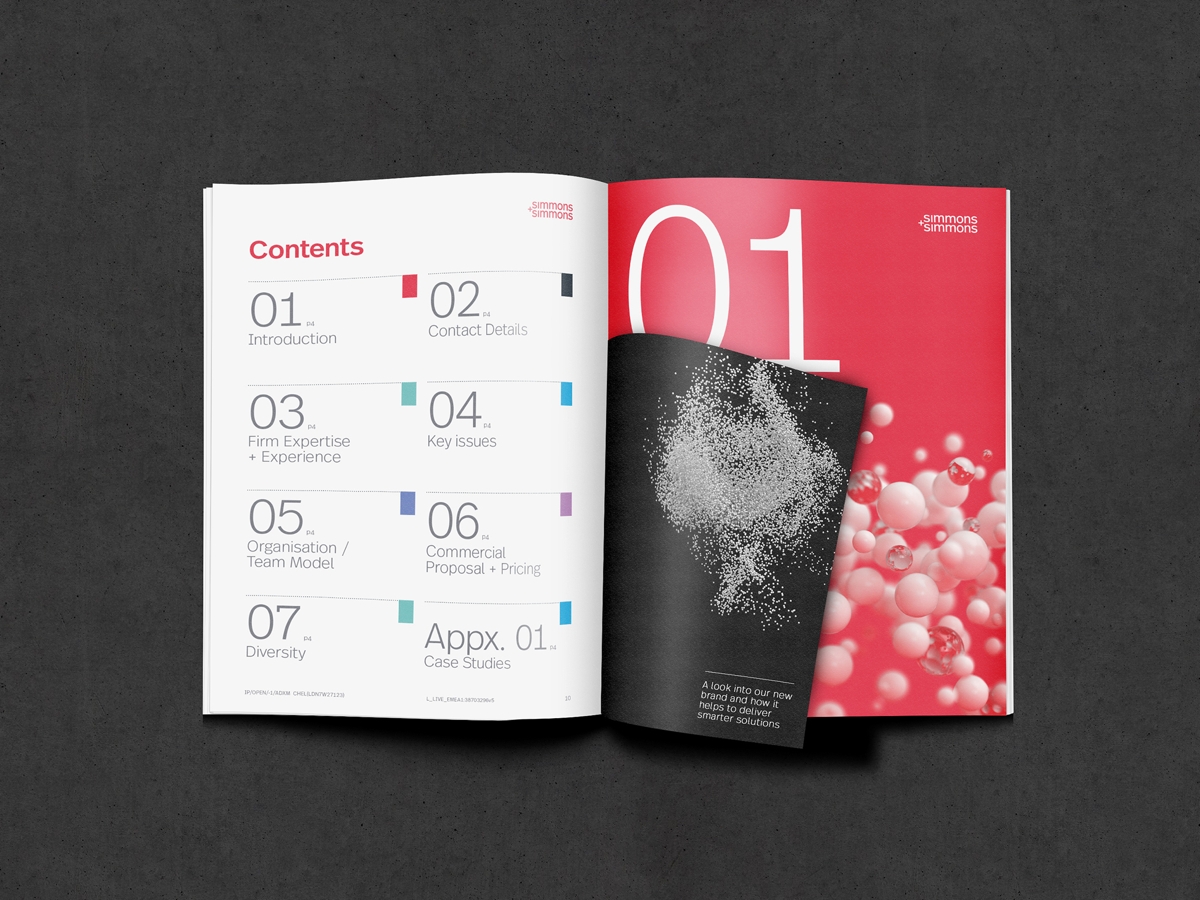 Facebook has launched a new company brand of the same name (this time in capitals) to differentiate the company from the app, which will continue using its current logo and branding.

The new branding aims to make Facebook’s ownership of other apps and products – including Instagram, Facebook Messenger, WhatsApp, Oculus and Portal – clearer to users. This follows a decision made in June to add the tagline ‘from Facebook’ within all of Facebook’s apps and services.

The new identity includes a capitalised wordmark in a bespoke typeface and an ever-changing colour palette that will adapt depending on the product it appears on. It was carried out by Facebook’s internal design team in collaboration with UK-based type foundry Dalton Maag and brand consultants Saffron. 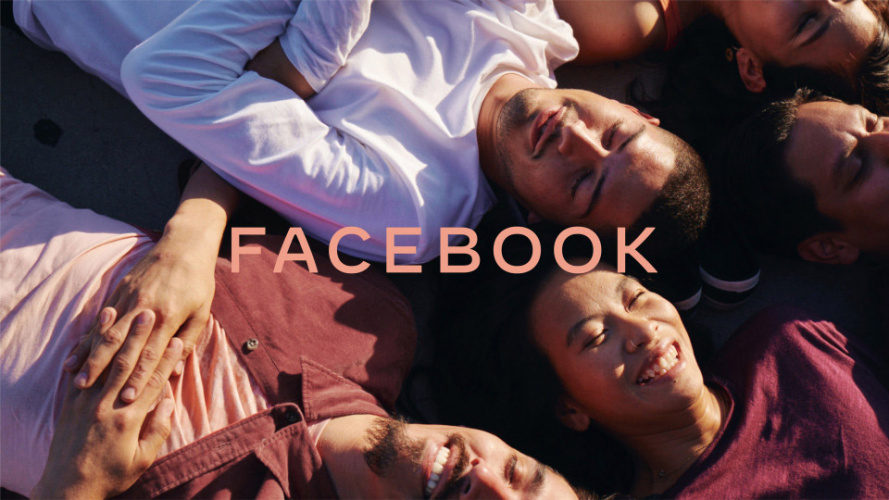 Facebook’s design team said the rebrand was built on three “design behaviours”: ‘clarity’, ’empathy’ and ‘creating space’. The aim – according to the team – was to create a brand that “simplifies and builds understanding”, is “respectful of context and environment” in which it operates and creates space for sharing people’s stories.

With its use of capital letters, a custom font and rounded corners, the word mark is designed to make a clear distinction between company and app, which uses a lower case word mark in a bold sans font.

“We designed the new company wordmark with clarity and openness in mind. It’s built on a stable structure through the use of consistent stroke width, harmonised capital letters and a horizontal emphasis. The generous spacing and open letterforms allow clarity at small sizes, and the subtle softening of corners and diagonals adds a sense of optimism,” said the team. 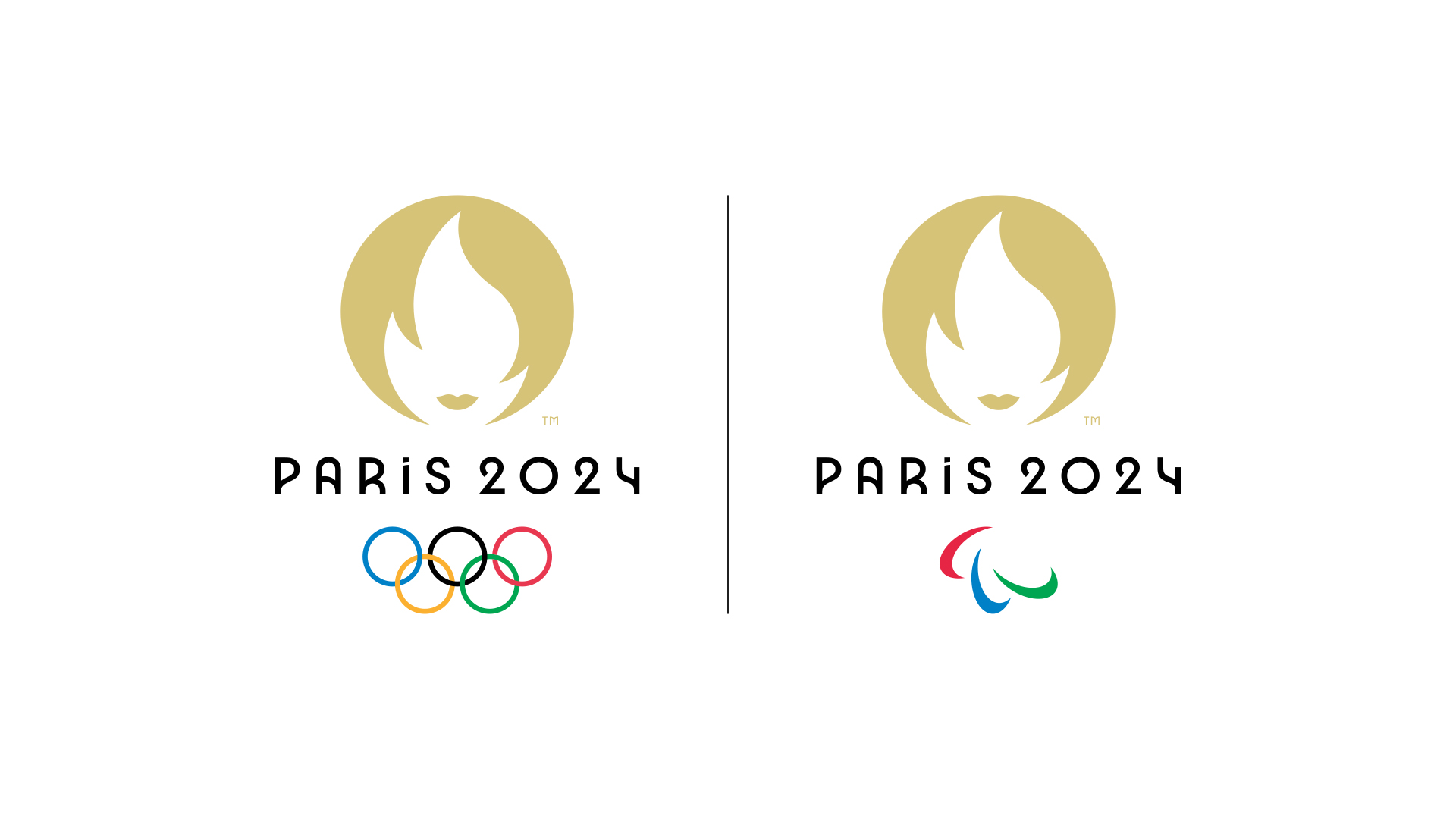 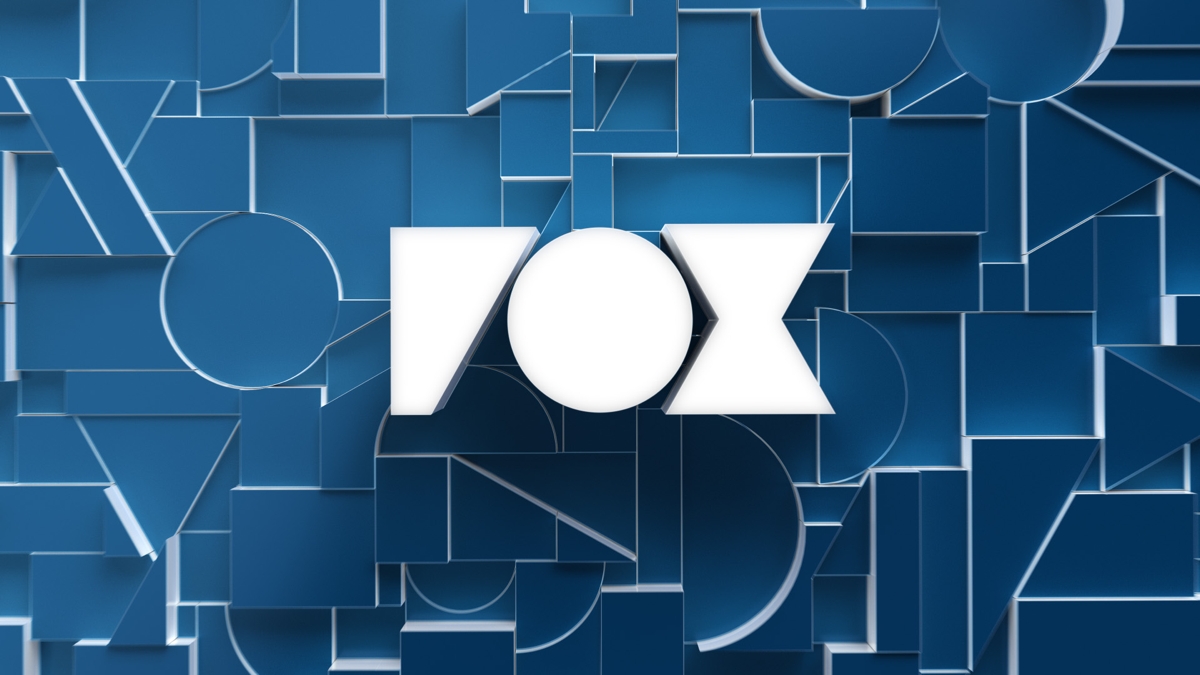 The Fox logo has undergone a subtle redesign, with a chunky new version also created for animations, which show the original logo morphing into the geometric version. According to Trollbäck+Company, the studio reduced the updated mark down to its core components, broke it apart, and then used the pieces as abstract shapes and patterns across the entire rebrand. These ‘broken letters’ will be used in patterns and ‘creative framing’, and play a role in everything from social media posts to huge billboards. The updated identity – which Fox is calling a ‘brand evolution – will now appear across the 17 stations owned by the entertainment company, as well as its 100+ affiliate stations. 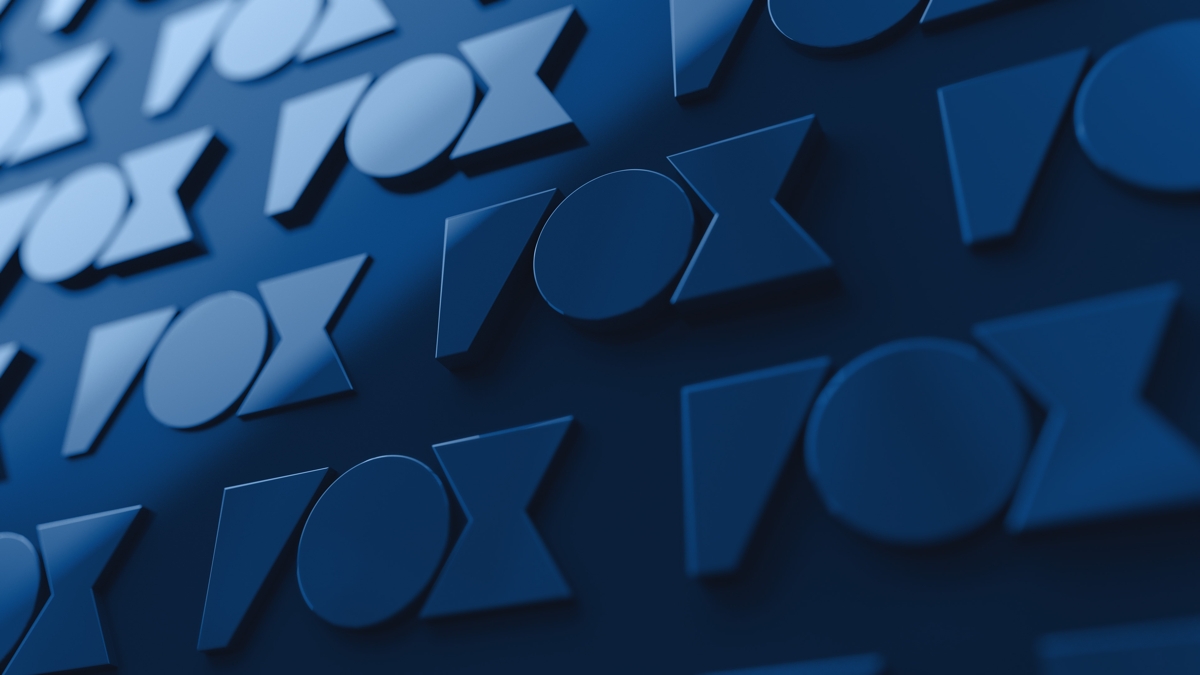 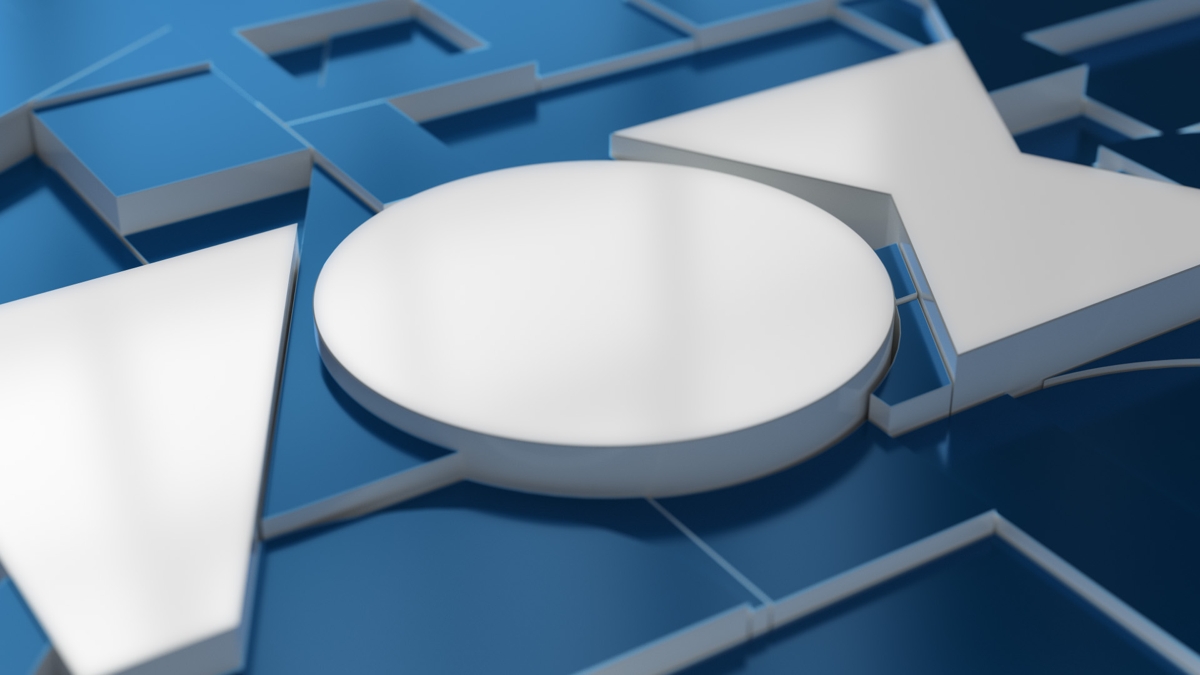 According to Alex Moulton, Chief Creative Officer at Trollbäck+Company, the work is intended to position Fox as “an entertainment brand that’s forging culture”. The studio’s Executive Creative Director, Elliott Chaffer, adds, “The way the industry is today, the middle of the road is the best place to get run over. We needed to bring back and champion the brand’s ability to take big swings and bigger risks.”

Noir’s practice has a strong emphasis on line and aims to simplify forms to their most basic elements. This simplicity reflected the necessity of painting quickly outdoors in a hazardous environment with very real risks to his personal safety. Noir reacted to his environment and his monsters are a metaphor for the Wall itself, each one relating to his experiences or feelings of what he calls a ‘killing machine’. 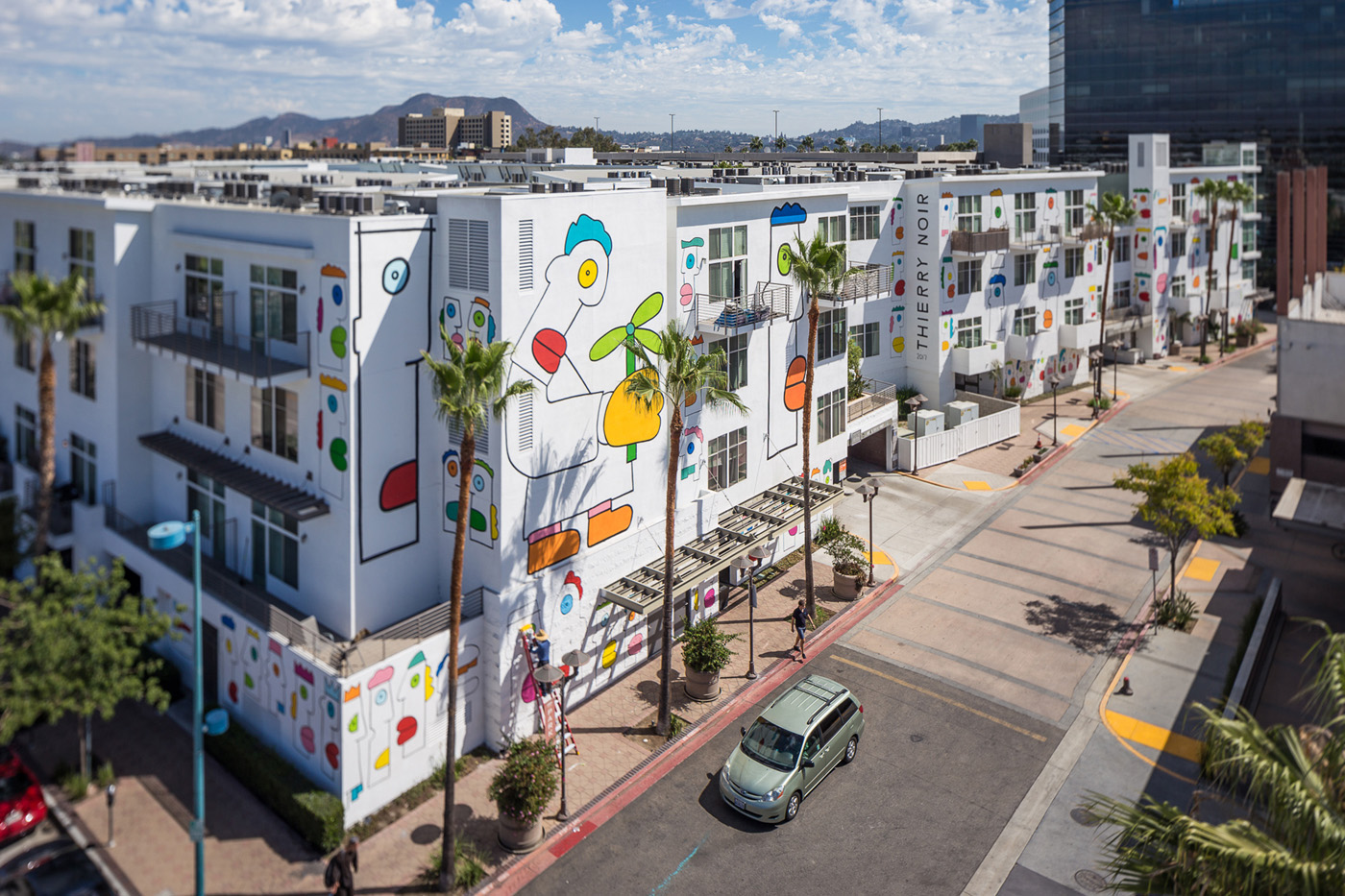 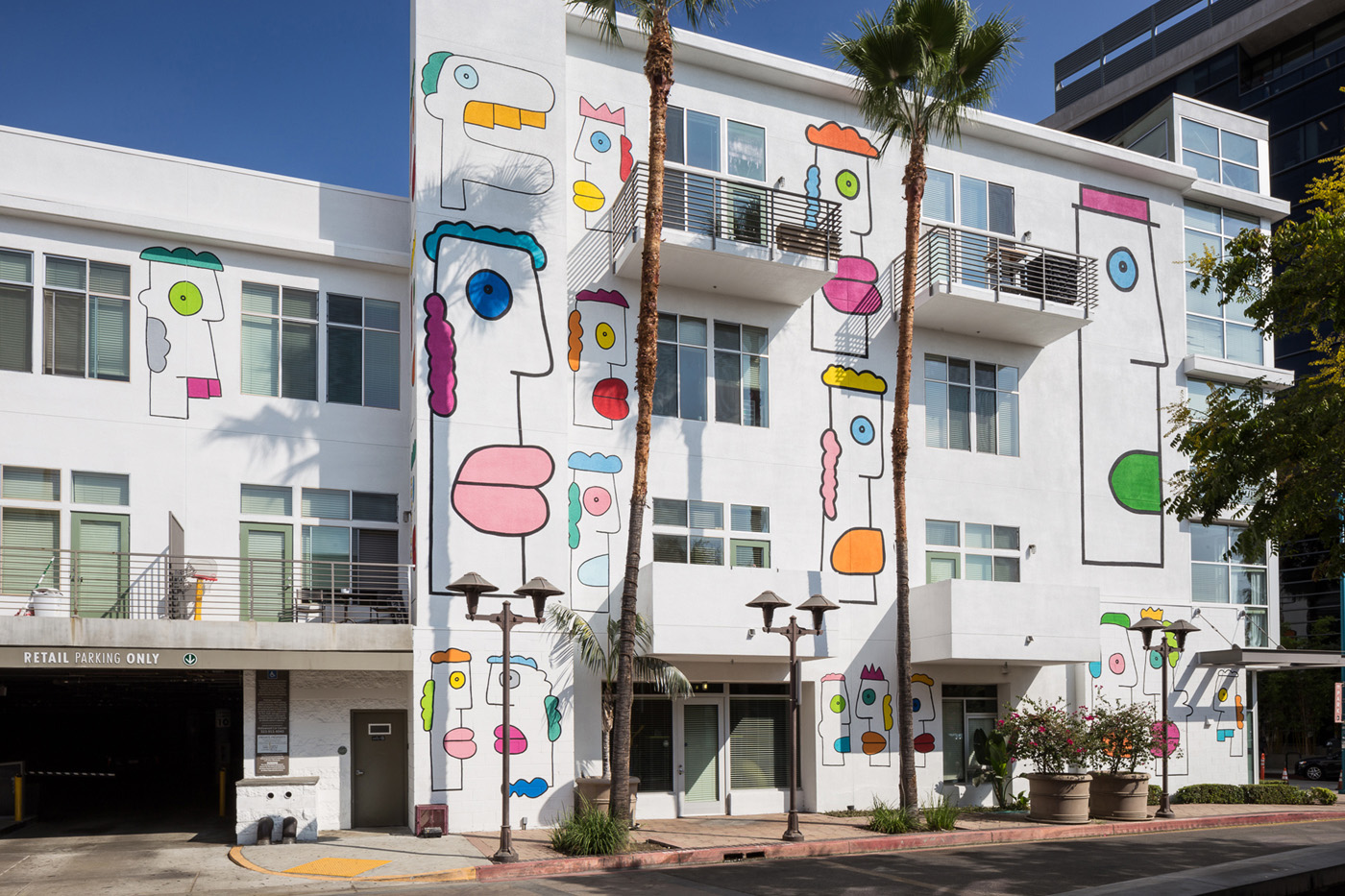 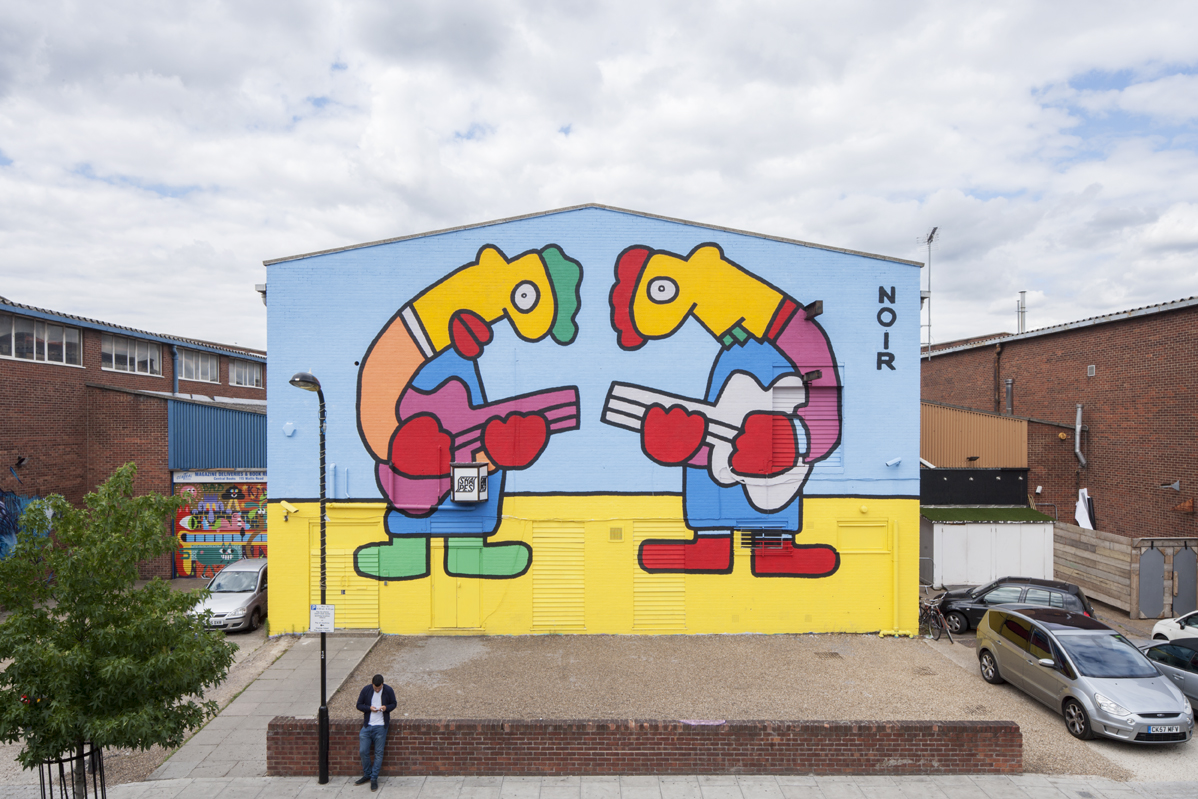 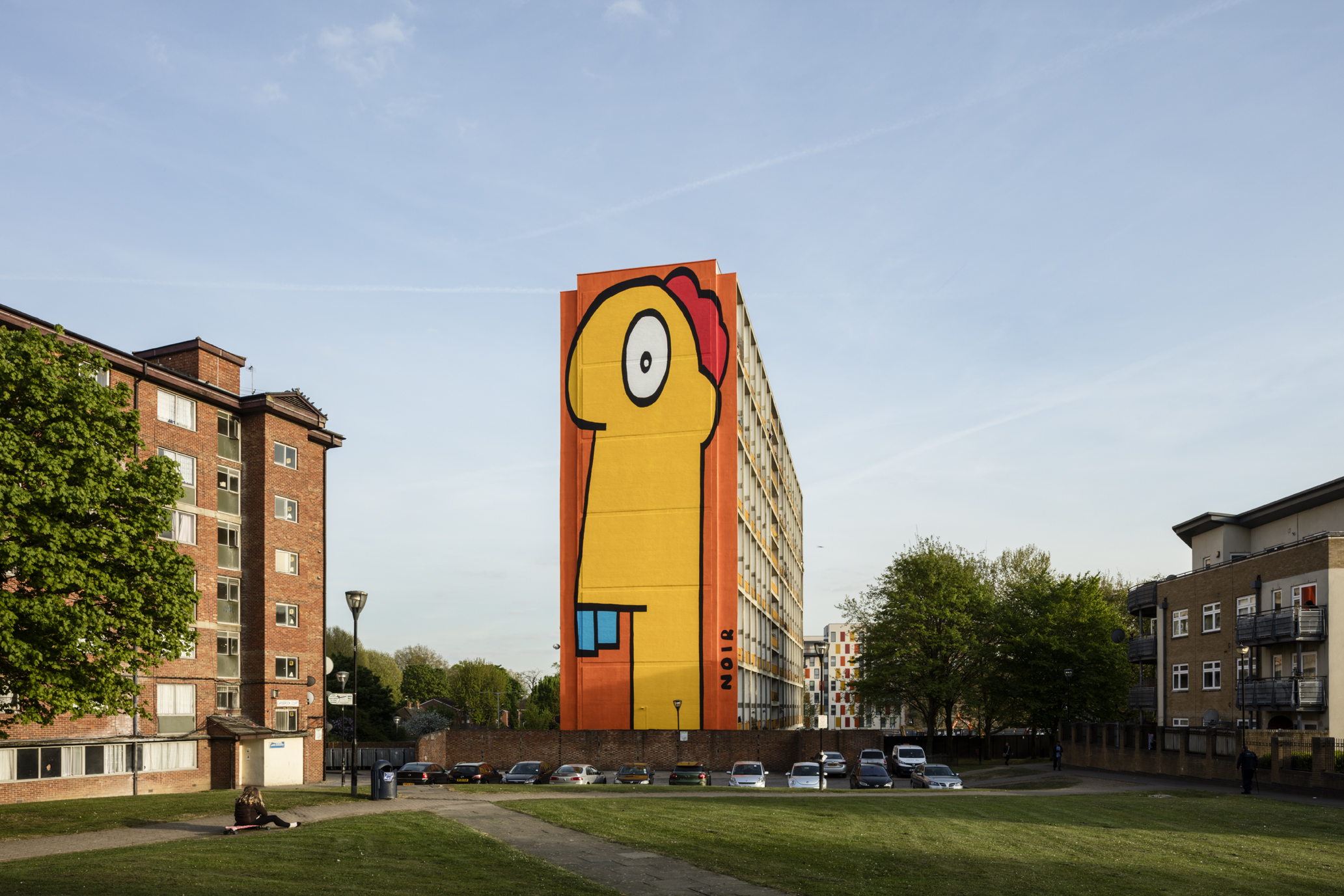 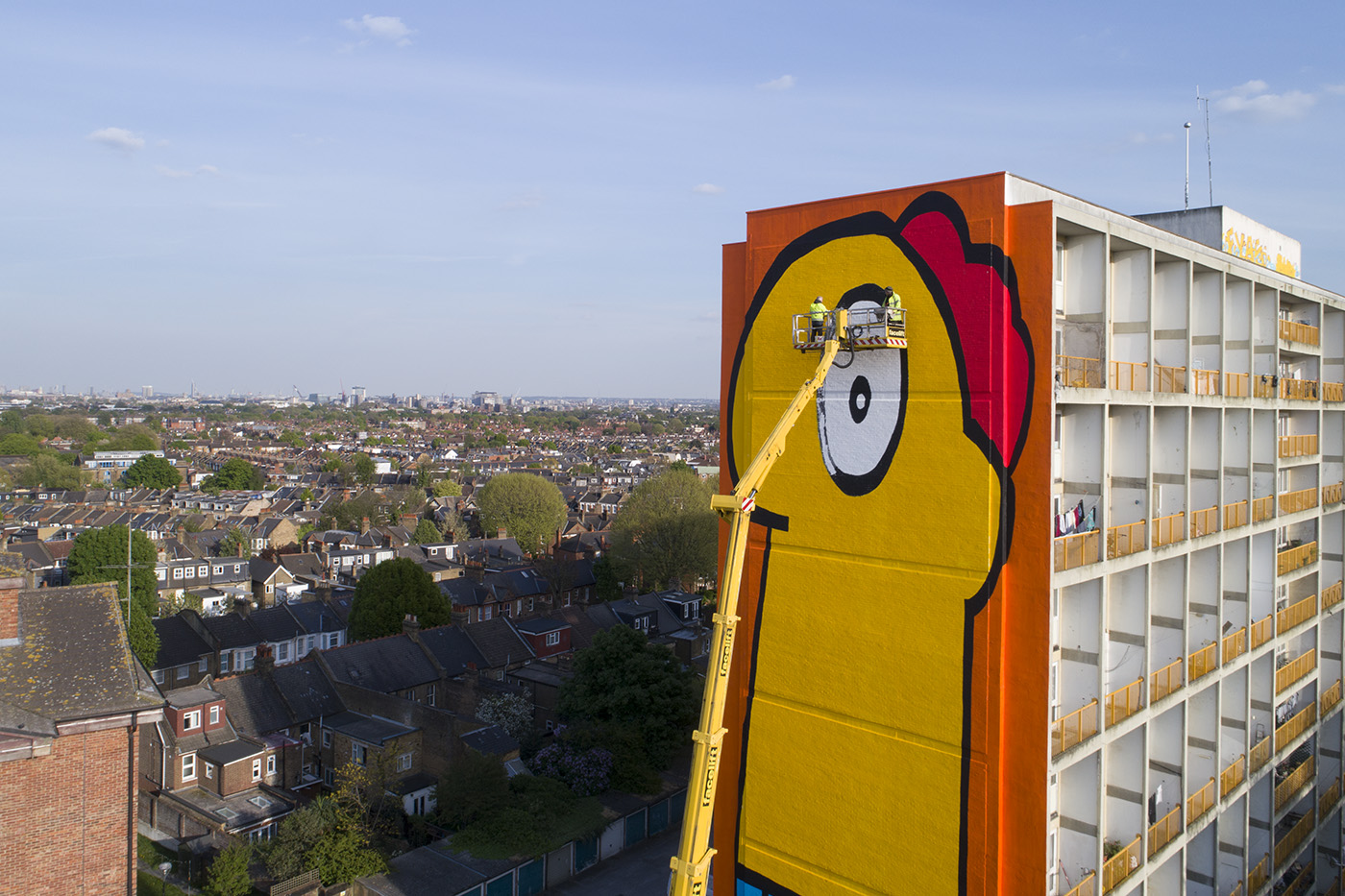 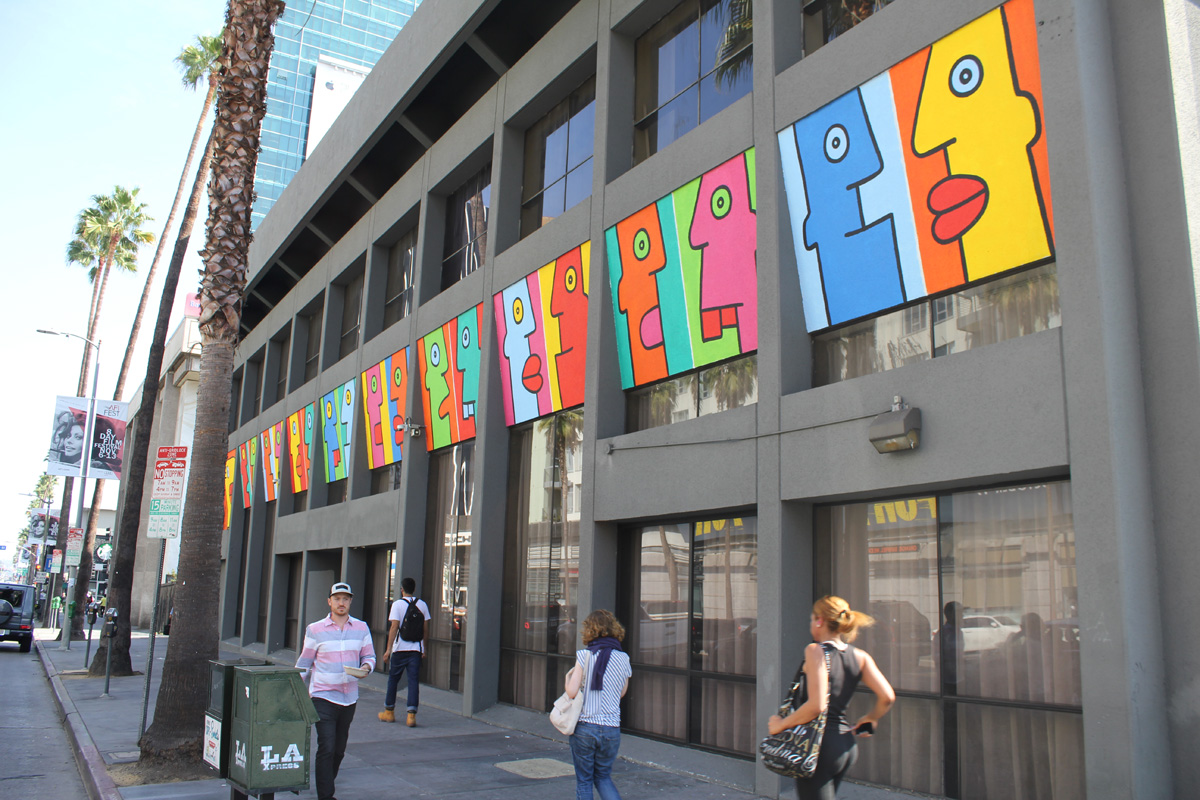 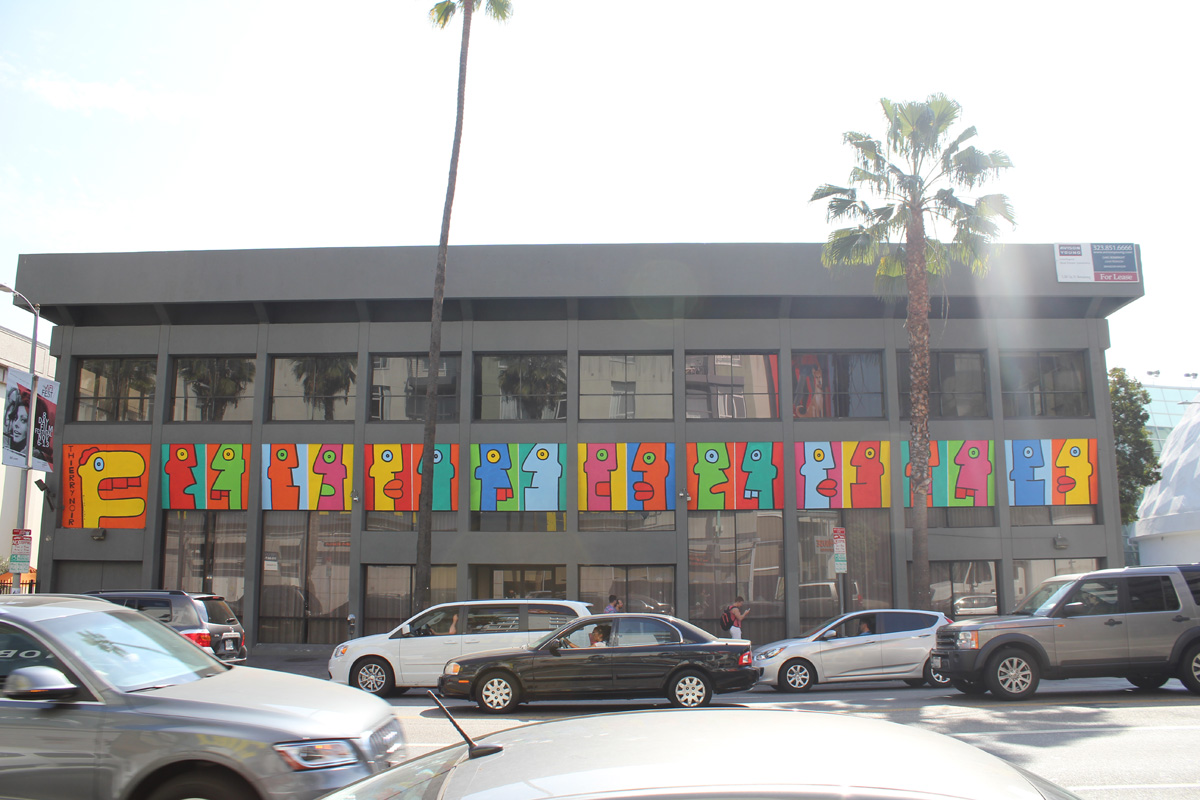 Just before Christmas I was given the opportunity to work with Healing Strong again, to create 4 visuals for the Bible ap. 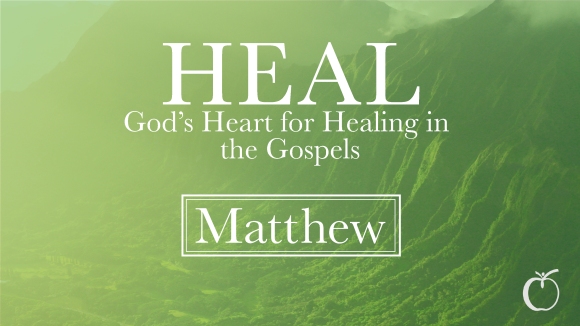 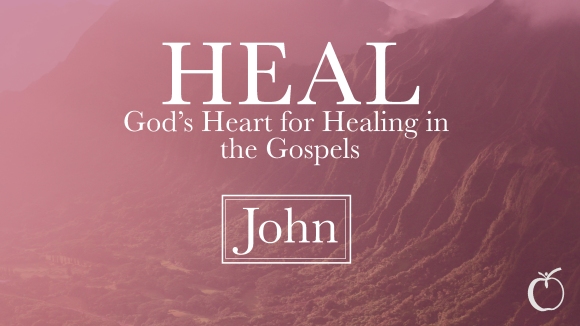 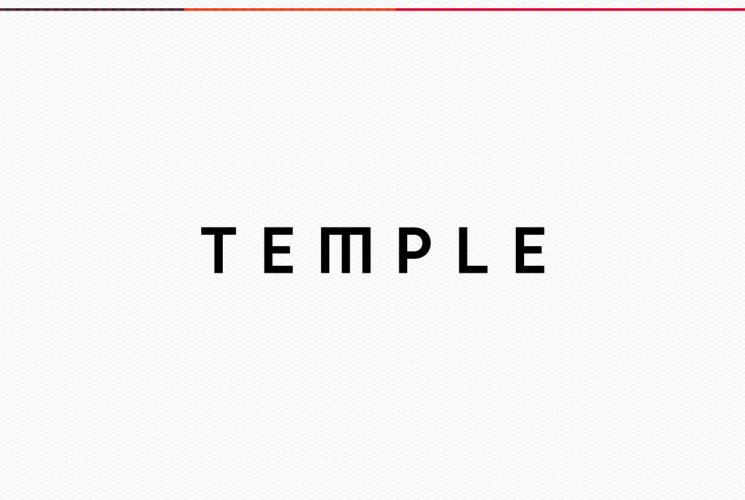 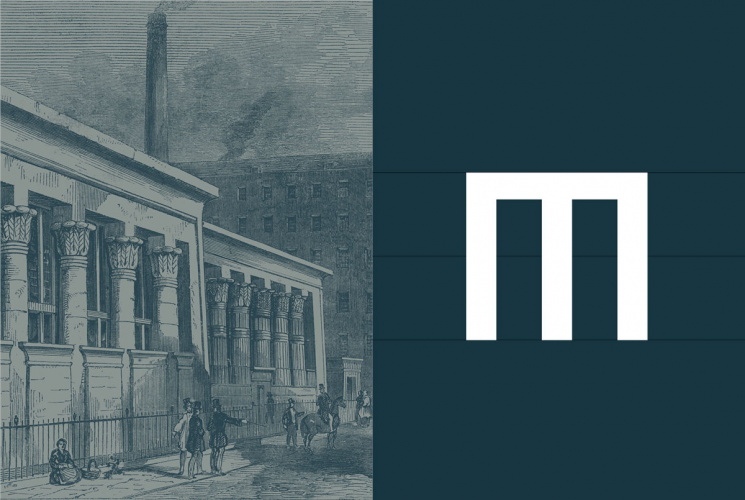 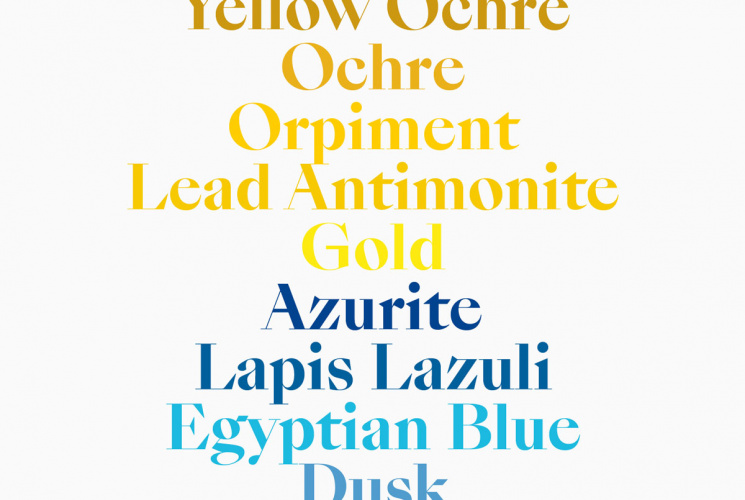 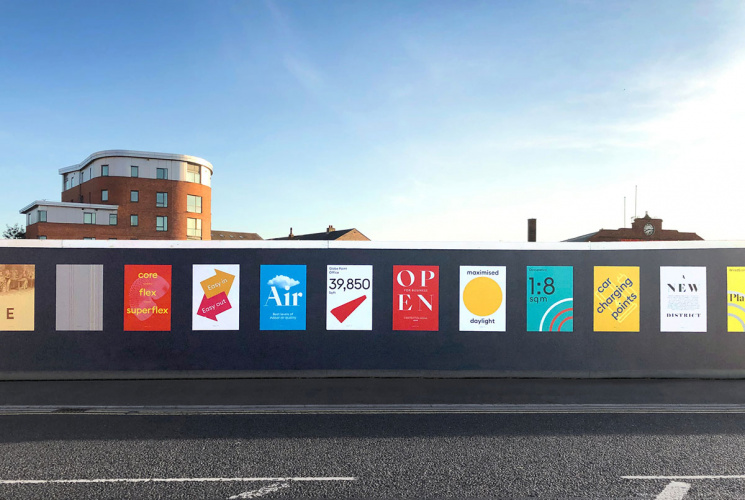 Sometimes described as a Renaissance man, Gary Mayes focuses his creative talents on animation and motion graphics, enabling him to maximise his skillset while satisfying his creative muse. Clients love working with him because he embraces a variety of approaches and ideas, never deploying a one-size-fits-all style or technique.

Check out the full animation here.