While oat milk’s popularity is just gaining momentum in the US, it got its start in Sweden back in the early 1990s. Rickard Öste, a food scientist at Lund University, researched options for a milk replacement that could provide a more sustainable solution and also be suitable for those with lactose intolerance. Essentially, he discovered a way to make the fibers of oats into a liquid, and shortly afterward he founded Oatly.

So why didn’t oat milk get added to cafe menus back in the 90s when it first became available?

“Design-wise, it was sort of in the lactose intolerance category, so it wasn’t really considered food for everyone,” explained Lars Elfman, Design Director at Oatly. So when Toni Petersson was appointed CEO of Oatly in 2012—nearly two decades after the invention of oat milk—the first thing he did was hire one of the Creative Directors to turn the brand around. 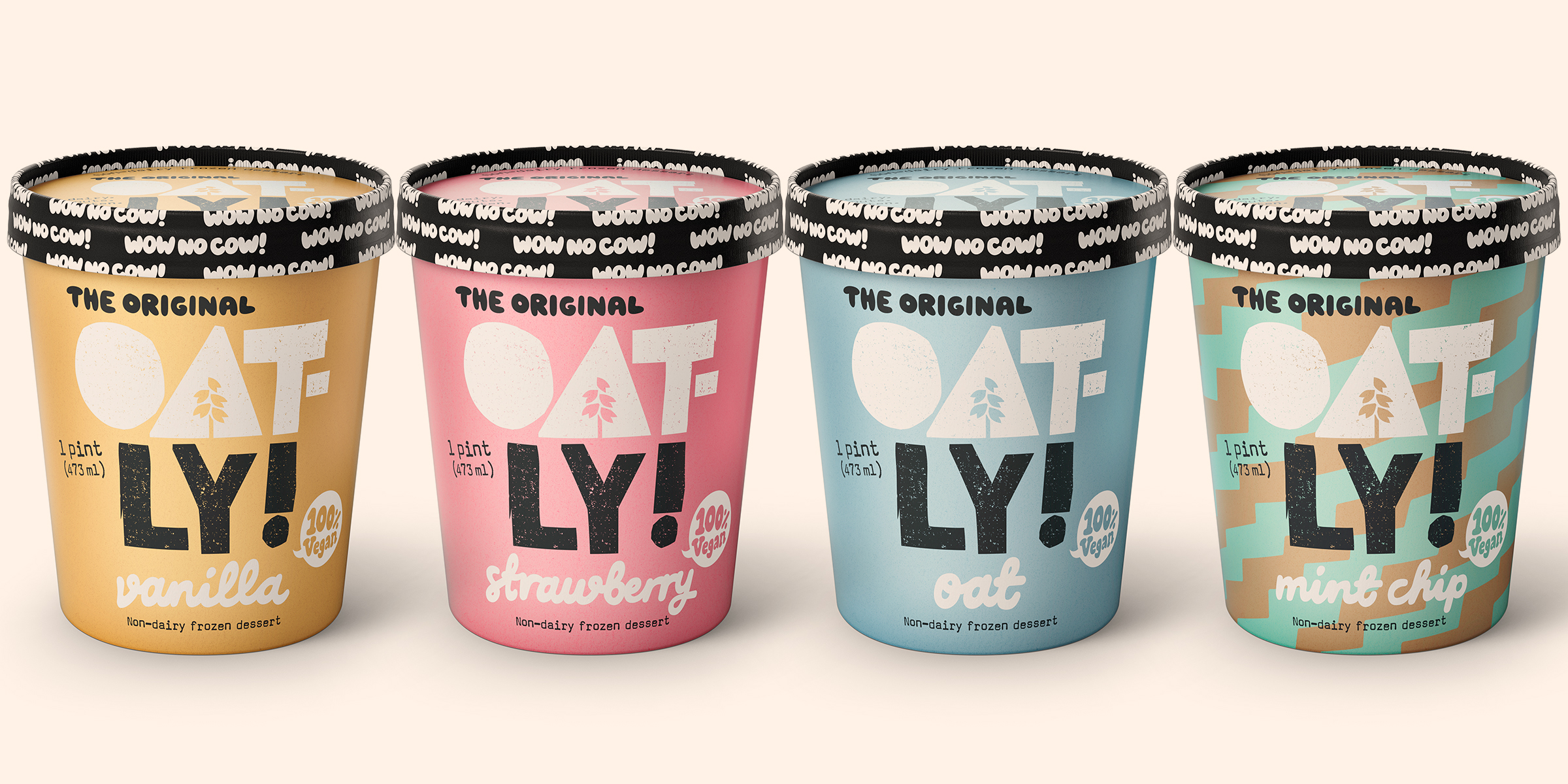 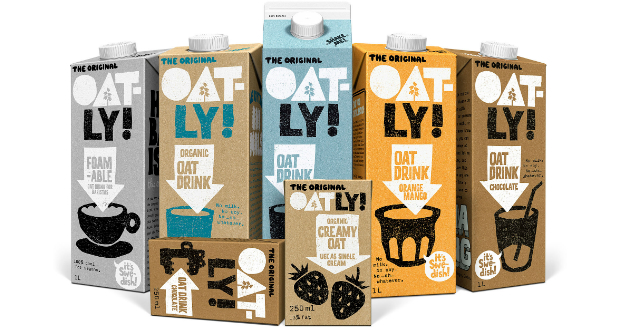 The team certainly had their work cut out for them, after all, when they started they were an ad agency, not a design company. “I hadn’t made food packaging before,” confessed Lars. Still, they looked at the challenge as an opportunity to do something different—so different, in fact, that when they first approached Tetra Pak about printing the design they’d created, the packaging company initially said no. “They looked at it and were like, ‘You’re not going to be happy.’ They were worried about smearing and about some of the large dots becoming too big. So we bought a big roll of paper to have them do a test print first.”

The result? It came out perfectly. Lars said they’d done something no one else had done before, and that Tetra Pak had worked wonders with their packaging—although it was a good learning process for Oatly overall.

In going against the expectations of what food packaging should be (as well as what other brands gravitate towards), Lars and the team instead positioned Oatly as a handmade product. The brand’s packaging has a screen printed appearance with a more “scruffy background,” as he described it, making it feel like a custom crafted beverage and just another milk alternative. 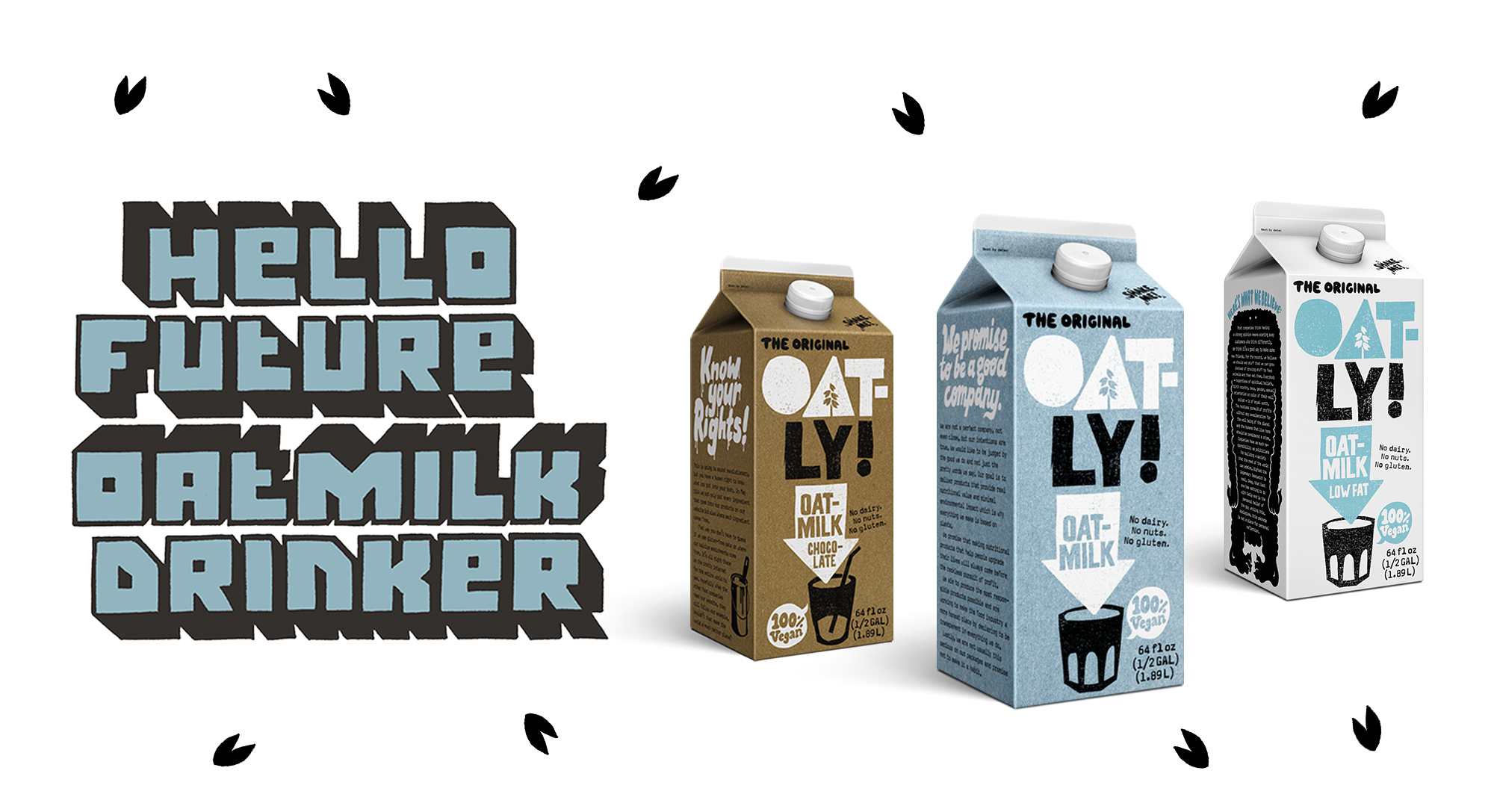