A world first, every headline for our Canary Wharf Residential campaign was created by a generative algorithm which we fed with words unearthed from over 30 years of Canary Wharf press articles. Our system takes the nouns and verbs from the archive of articles to create new 3 word slogans.

Acting as a metaphor for Canary Wharf as an increasingly diverse environment – our campaign uses the unexpected nature of randomised phrases to create a system that connects nouns, verbs and nouns to reveal thousands of possible word combinations, all with a positive, poetic feel, speaking into the power of the evolving community in this exciting area.

Design By Day was brought on board to help the sales team continue their success in the city by creating a premium sales identity to showcase Molson Coors’ new brands including: Pravha, Rekorderlig, Sharp’s & Franciscan Well. German designer and typographer Otl Aicher created a series of posters based on the small German town of Isny im Allgäu. The images presented the area in a new way, visualising the town in 128 pictograms that were “stark, reductive and entirely black and white”.

Aicher worked with brands such as Lufthansa, Braun and Bulthaup, and was well-known for the Munich Olympics identity in 1972 — a project that garnered him the reputation as “father of the geometric man”. Further to this, his work is was reputable for its simple approach, which dn&co describes as “an economy of line drawn with an often mischievous twist”. The aim of the exhibition is to celebrate the work of the iconic 20th Century designer, featuring the “most comprehensive collection… ever to be seen in the UK”. 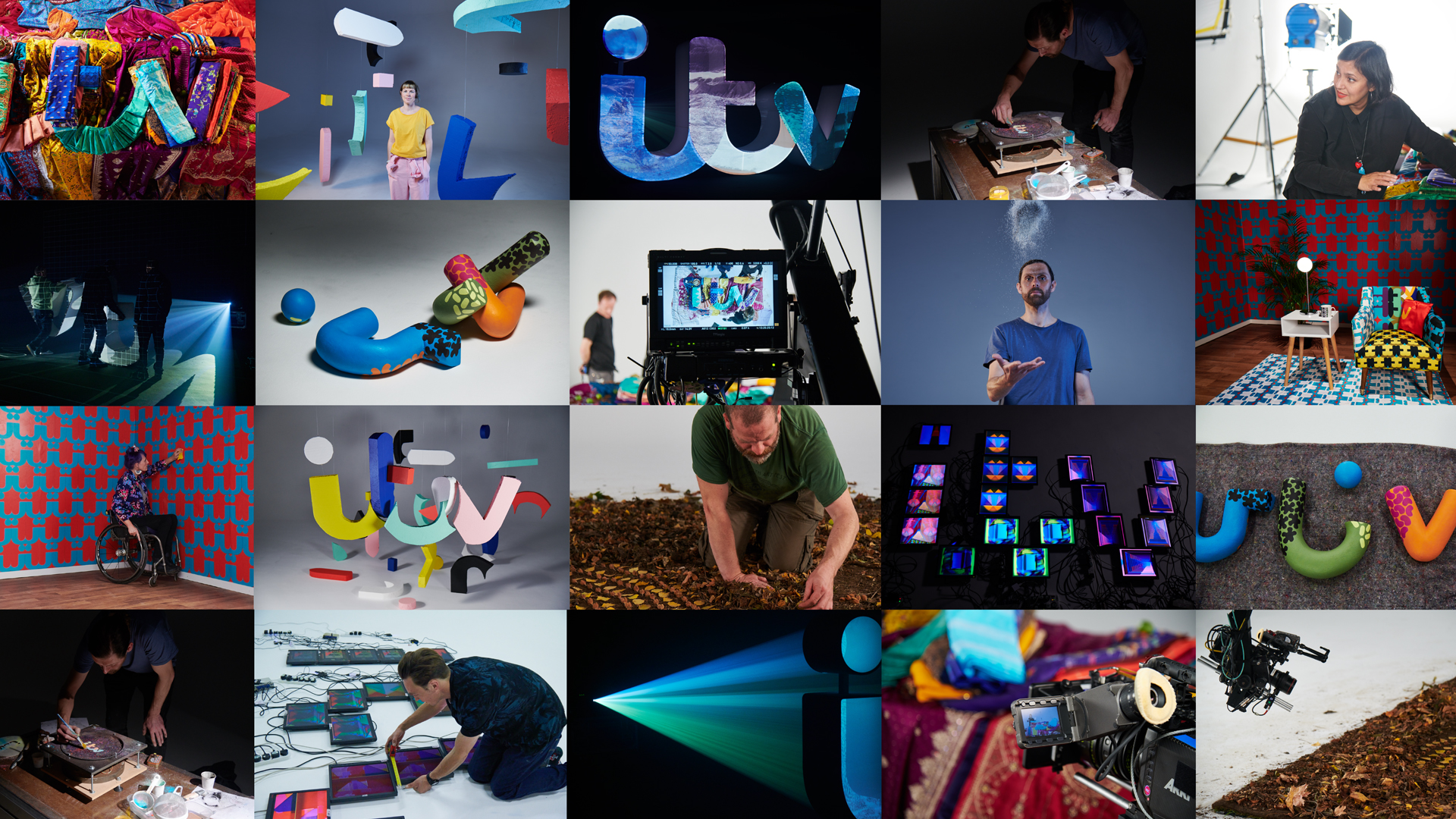 ITV has launched a year-long creative initiative, which will see 52 artists create animated versions of its logo that will appear on its main TV channel as idents.

The project, called ITV Creates, will see a range of creative people, including graphic designers, illustrators, photographers and artists, reinterpret the ITV logo in physical form. These will then be animated by ITV Creative, the channel’s in-house agency, and each one will run on TV for a week throughout 2019. 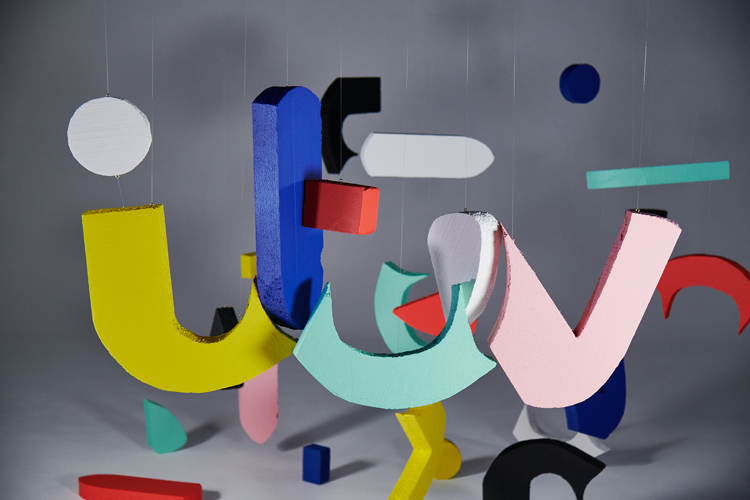 Tony Pipes, executive creative director at ITV Creative, says the brief given to the artists was “quite open”, with the only restrictions being that their artworks needed to be made from physical objects before being animated, and that they should be based on ITV’s typographic logo. 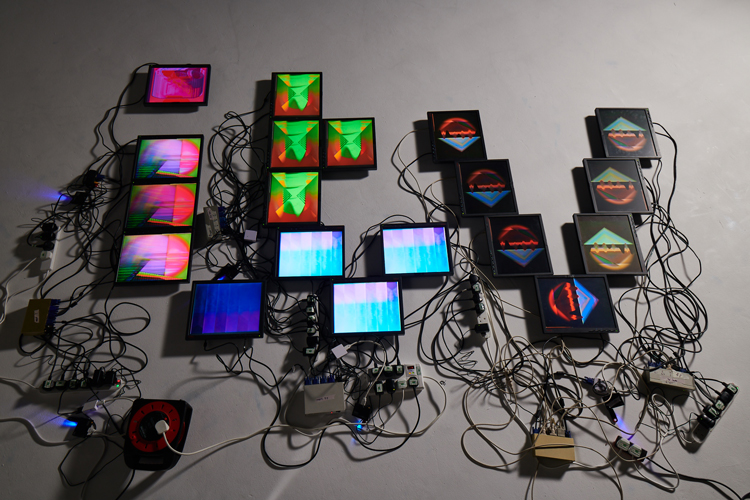 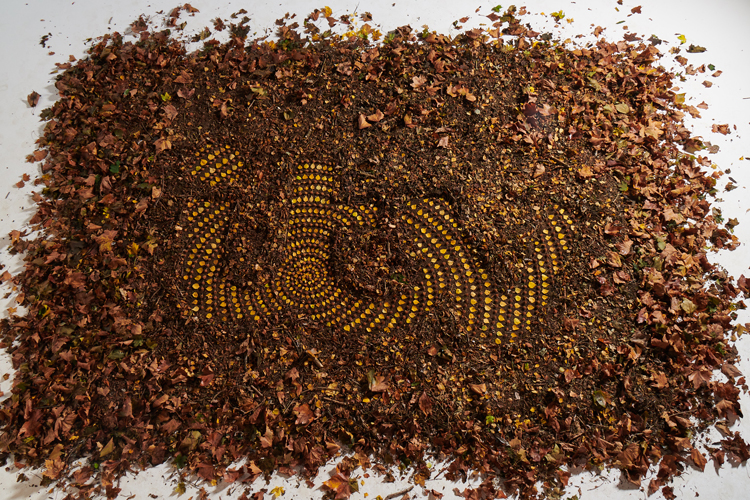 A logo can say a lot about a company.

That yellow arrow is more than just a decorative swoosh. The Amazon logo was created to represent the message that it sells everything from A to Z (the arrow connects the two letters) and also represents the smile that customers would experience by shopping on the Amazon.com Web site (the arrow becomes a smile). 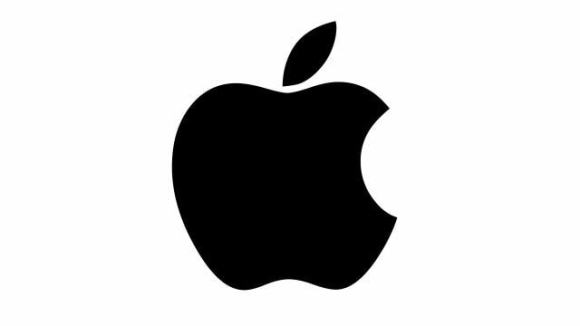 One of the most recognizable logos in the world, the Apple logo is theorized to have come from none other than the story of Adam and Eve. The apple is supposed to be the apple Eve bit from in the bible and represents the fruits from the Tree of Knowledge.

Can you spot something in this logo? The FedEx logo, designed in 1994 by Linden Leader & Landor Associates, at first appears simple and straightforward. However, if you look at the white space between the “E” and “x” you can see a right-facing arrow. This “hidden” arrow was intended to be a subliminal symbol for speed and precision. 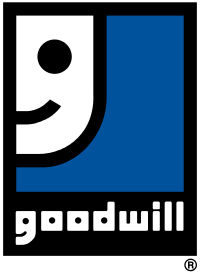 Do you see the right half of a smiley face? Or do you see a lower case “g”? In either case, you’d be correct.

According to Unilever, its new identity is an expression of vitality. Each icon within the logo represents an aspect of its business. For example, the shirt (below the heart) symbolizes “clothes” and represent fresh laundry and looking good. 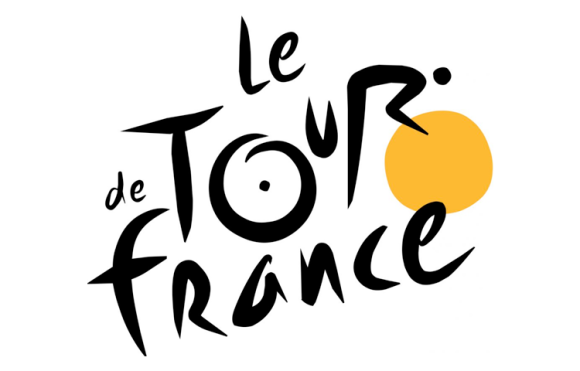 The Tour De France logo has two hidden messages inside of it. The first is a bit more obvious, with a cyclist making up the letter ‘r’, but the second is more subdued. The yellow circle that acts as the bike’s wheel is also a sun, indicating that the events of the race only occur in the daytime.

LG is recognized worldwide, and most people recognize the ‘L’ and ‘G’ in the logo mark. What most people don’t realize, though, is that those letters actually help to create a face. The ‘L’ makes the nose and the ‘G’ makes up the rest of the face. This gives the brand a human element, and makes it more inviting and approachable. 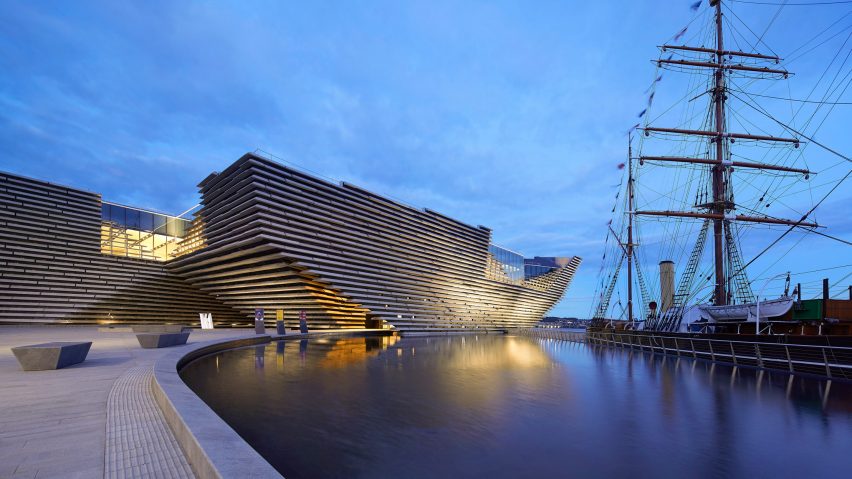 Scotland’s first design museum has been beautiful design to house some of Scotland’s designs. Open daily between 10am – 5pm, see there full list of events here.

The work of Sister Corita Kent – an LA-based screenprinting nun from the 1960s whose inspirational work still resonates as much as ever. 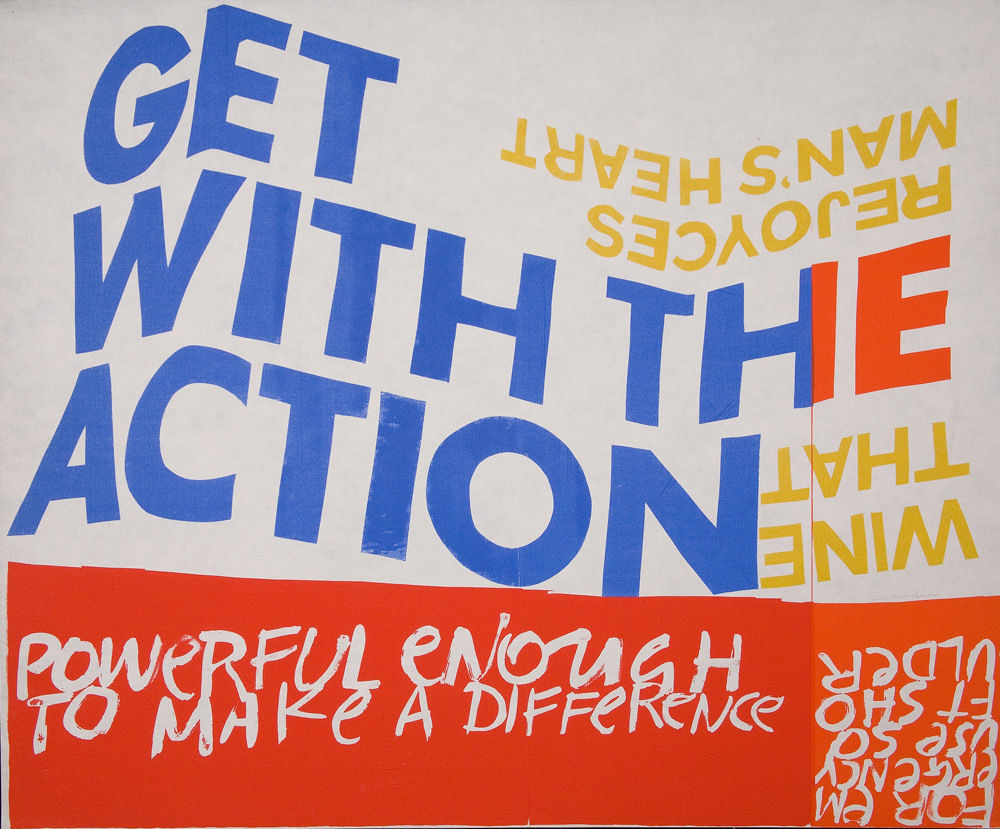 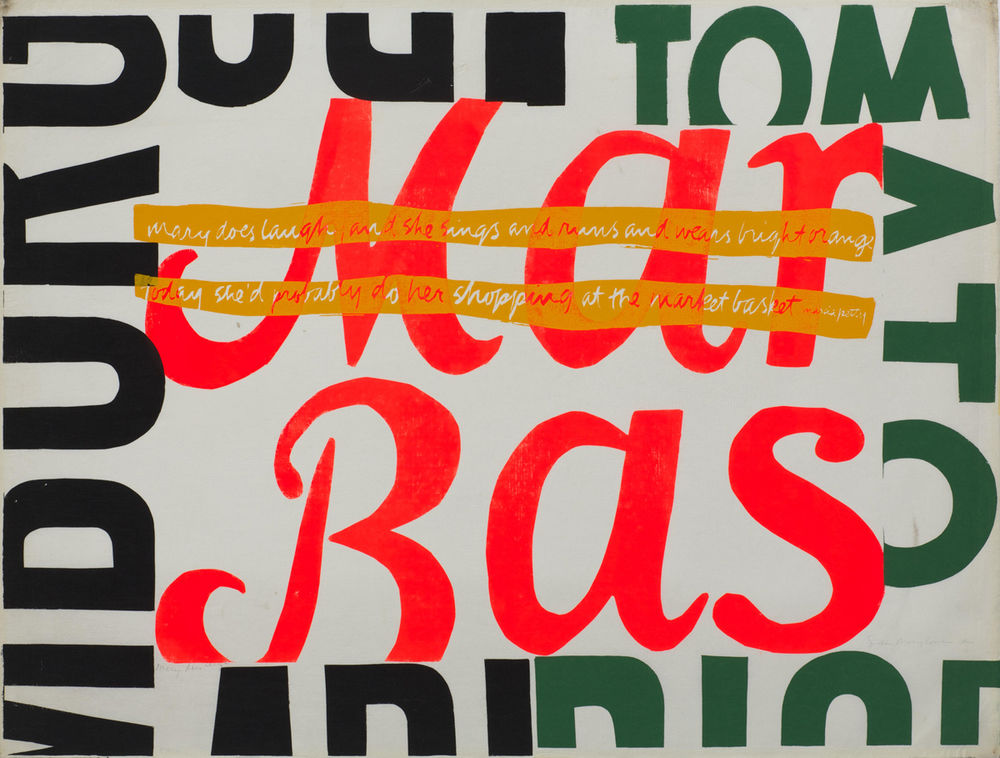 Sister Corita was unusual in that as well as being part of the religious order Immaculate Heart of Mary, she was an educator, a successful artist and a strong advocate for social justice. As heading of the art department at Immaculate Heart College, she created work with mass appeal, incorporating everything from images and slogans taken from the world of advertising to song lyrics, biblical verses, and literature.

Corita’s work became increasingly political throughout the 1960s and reflected the racism, poverty and injustice which plagued parts of America at the time. While she is known for her religious beliefs, in 1968 she left the order. She carried on working and fighting for social justice until her death in 1986. By then, she had created almost 800 serigraphs, thousands of watercolors, and many public and private commissions. 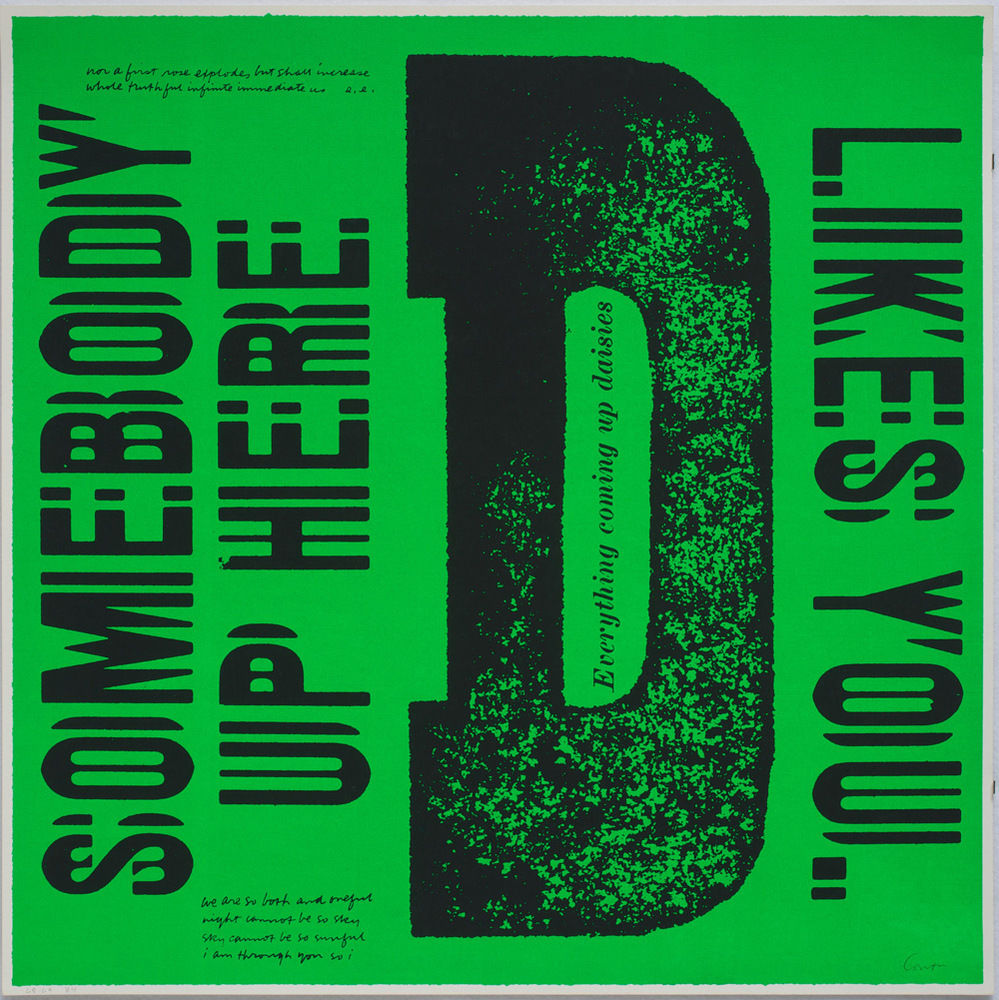