In the 1970s and 80s, artist and designer Biman Mullick distributed thousands of posters highlighting the harmful impacts of smoking and passive smoking. With his work featured in a new exhibition at the Wellcome Collection. 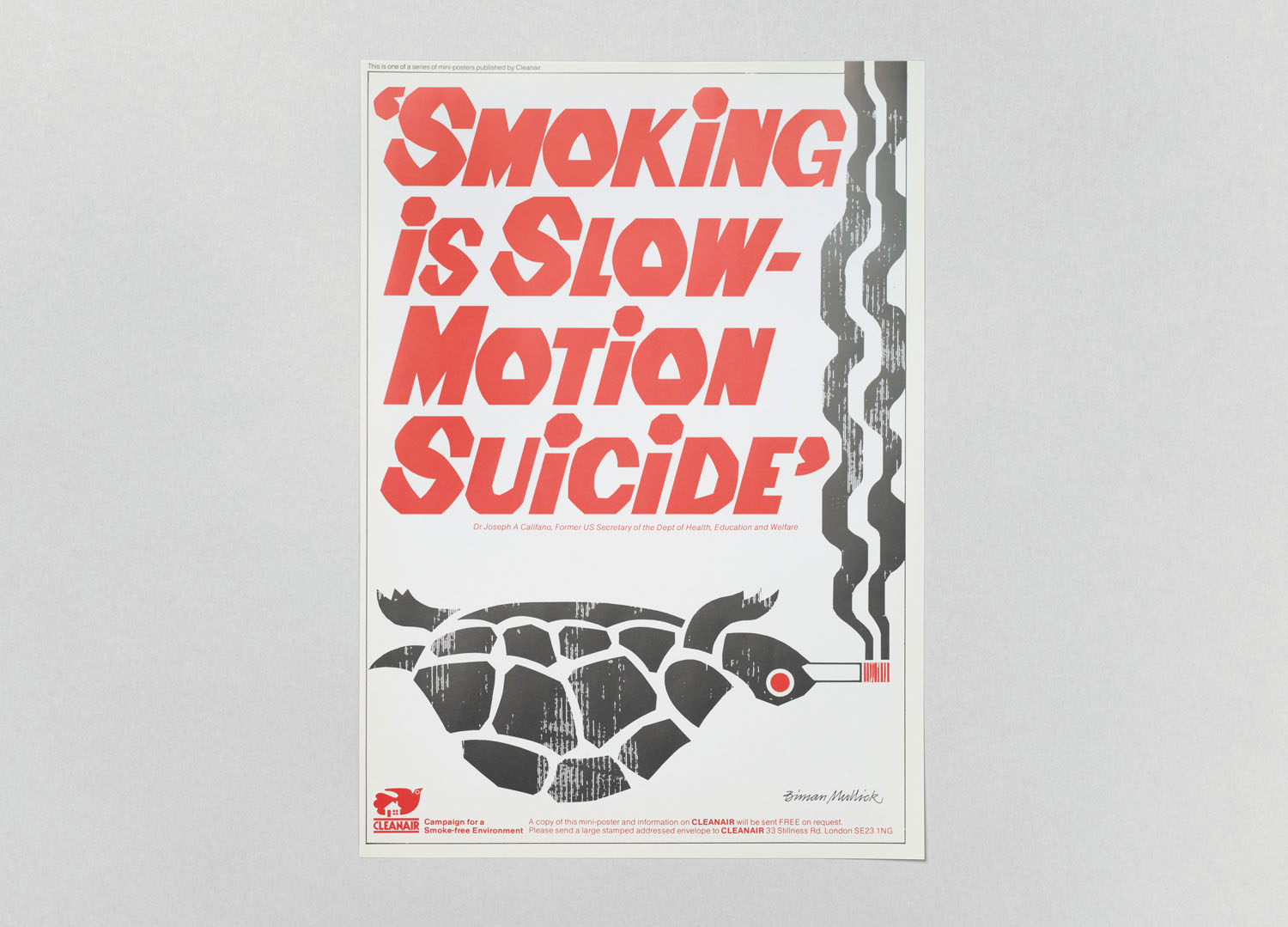 In the 1970s, Biman Mullick was teaching at an art school in England when he became concerned about the dangers of passive smoking. At the time, smoking indoors was commonplace and almost half (45%) of the UK’s adult population were cigarette smokers. Doctors had already established a link between smoking and lung cancer but little was known about the consequences of inhaling second-hand smoke.

Mullick was not a smoker but became concerned that if smoking was bad for you, then passive smoking might be too – so he created a set of posters asking students not to light up in his classrooms. He printed them out in black and white and put them up around the college but was quickly asked to remove them by the prinicipal. “There was no law against smoking in the classroom … and he said that smoking was a part of British culture,” says Mullick. 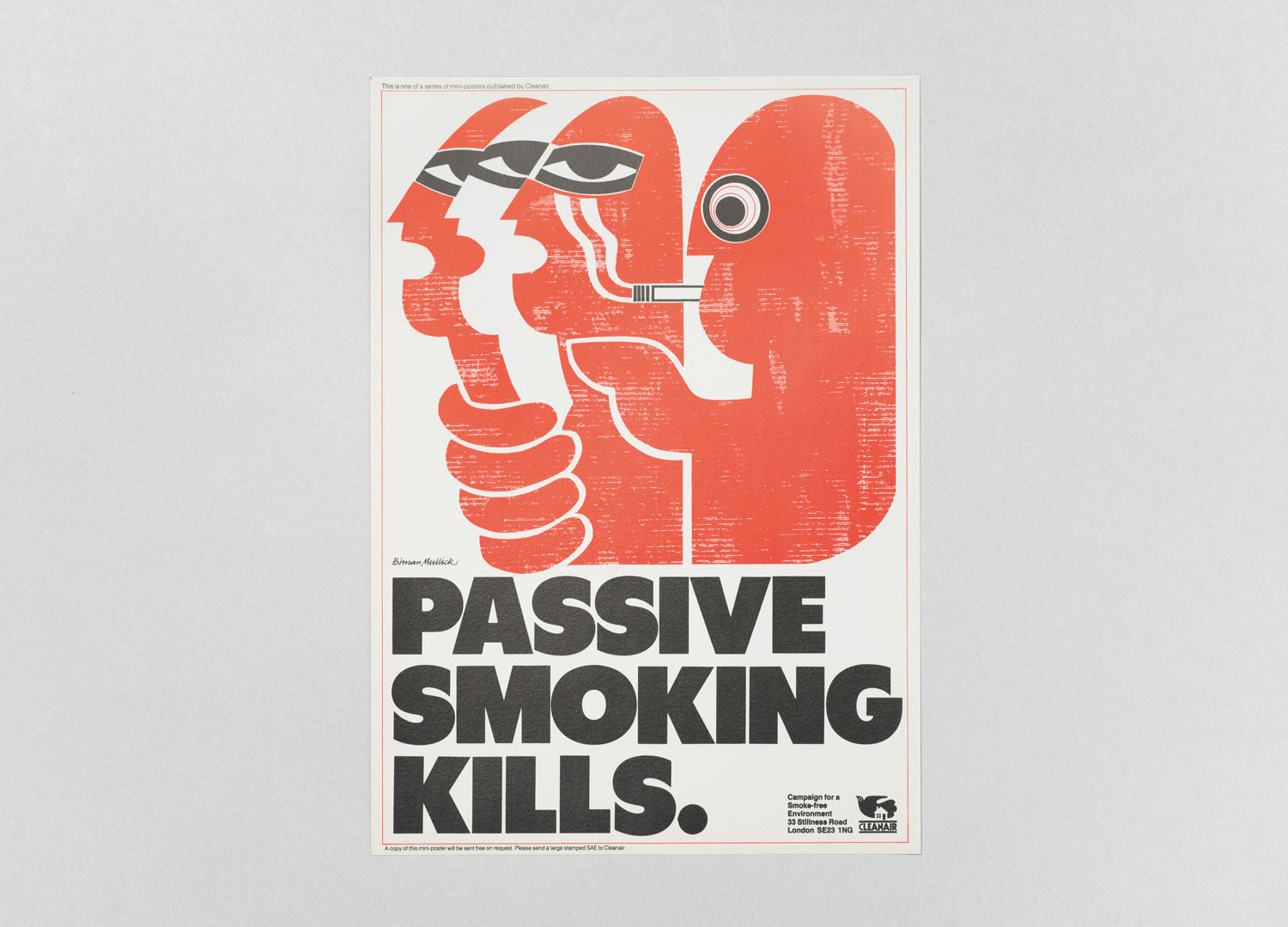 He sent his posters to newspapers and public health authorities, who immediately took notice. “Health operatives had started noticing that smoking should not be permitted in hospitals and health buildings, and they started buying my posters,” explains Mullick. Within a few years, his posters were in use throughout the country and by 1984, he had distributed 186,000 of them.

Most were distributed in hospitals, schools and colleges. They also appeared in the background in several TV shows.

Mullick’s designs are striking: the influence of Indian visual culture is evident in his work and his posters combine bold colours with hard-hitting phrases and playful illustrations. One reads ‘smoking is slow motion suicide’ and features an image of a deceased turtle with a cigarette in its mouth while another warns that ‘passive smoking kills’. 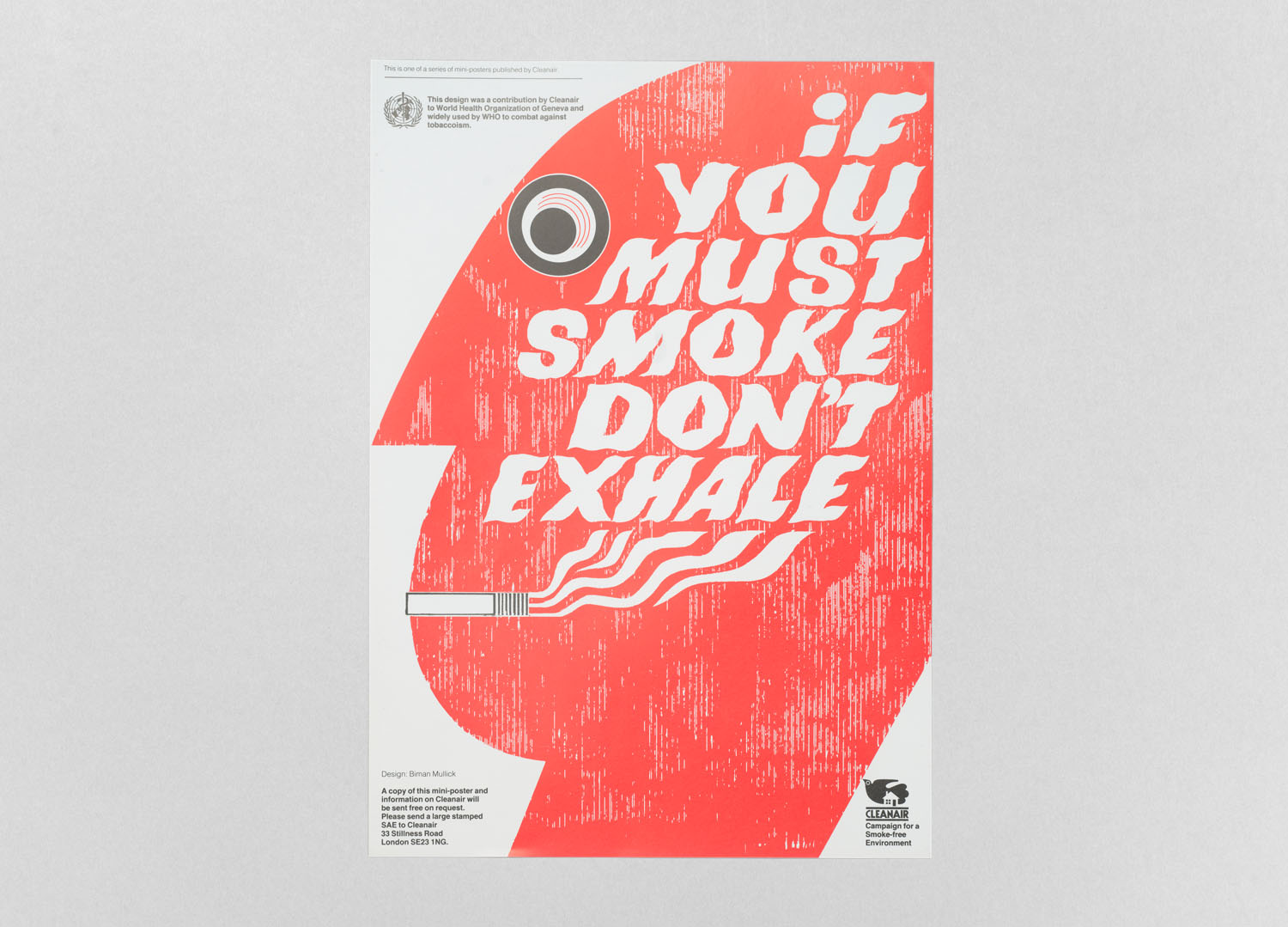 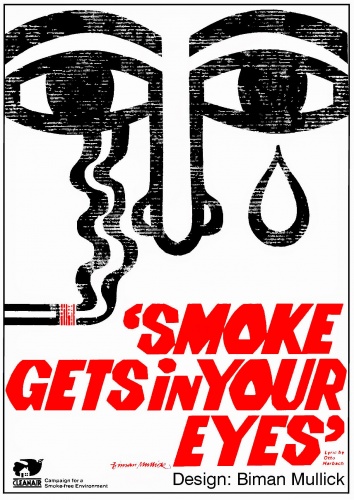