Mozilla announced it would be rebranding after inviting feedback on possible themes for the new branding – the company announced seven possible design routes. Of these, four have now been scrapped, two have led to new ideas and one has been developed further. 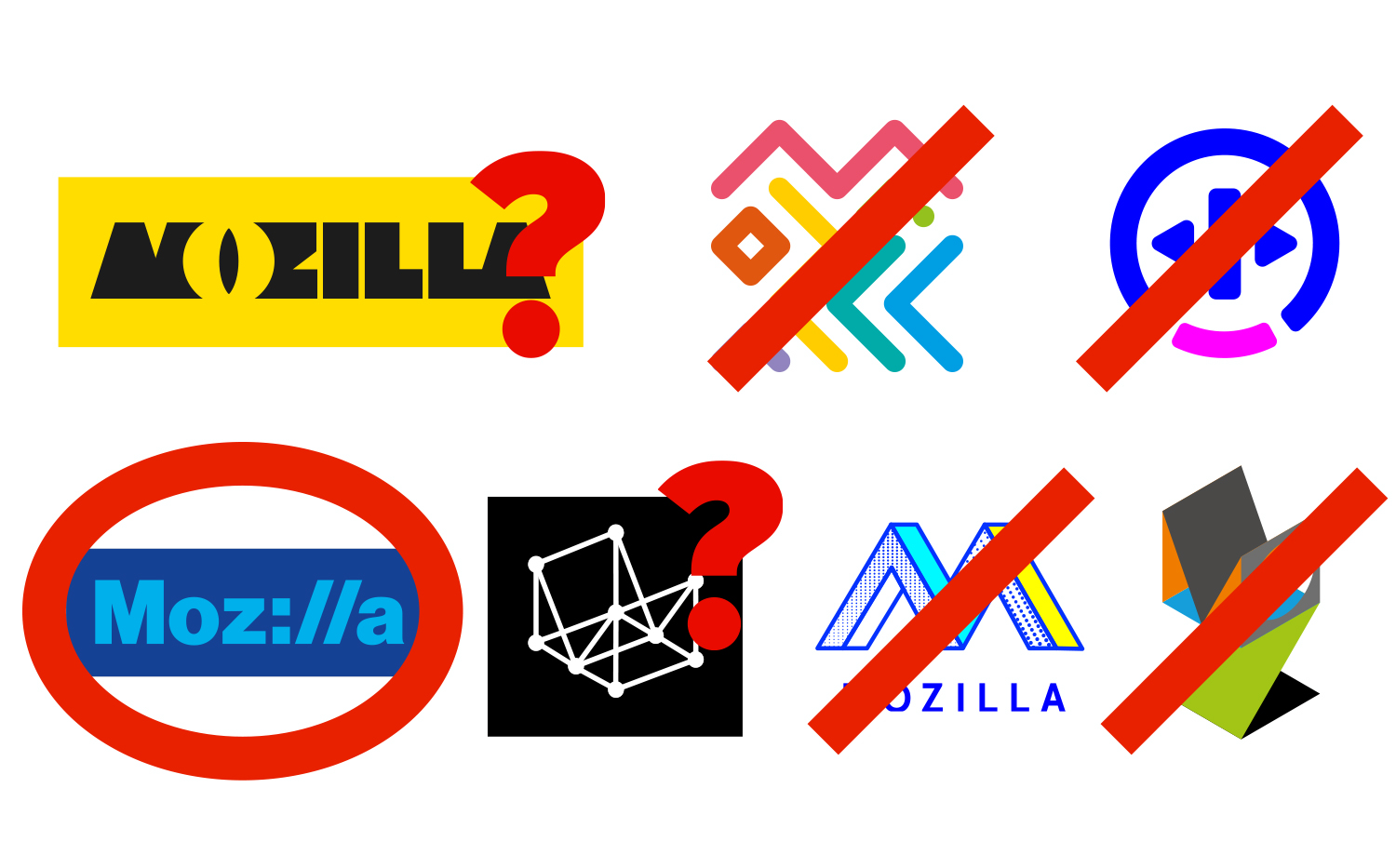 Tim Murray, head of Mozilla’s creative team, says the final four concepts were chosen based on feedback on the seven initially put forward, as well as “principles of good design” and Mozilla’s overall brand strategy. Protocol 2.0 is the only surviving option from the previous round – it uses a colon and two forward slashes as a reference to Mozilla’s role as a ‘building block of the web’.

“By putting the internet http:// protocol directly into the word – Moz://a – it creates a typeable word mark, and by doing so alludes to Mozilla’s role at the core of the Internet (and hence the ‘Pioneers’ positioning). We’ve also beefed up the blue to the classic RGB #0000FF (as used by Netscape) to further enhance its ‘roots of the web’ credentials,” writes Johnson.

The typographic word mark could also be expanded into a typographic and pictogrammic visual language with characters swapped out randomly for other fonts and emoticons. 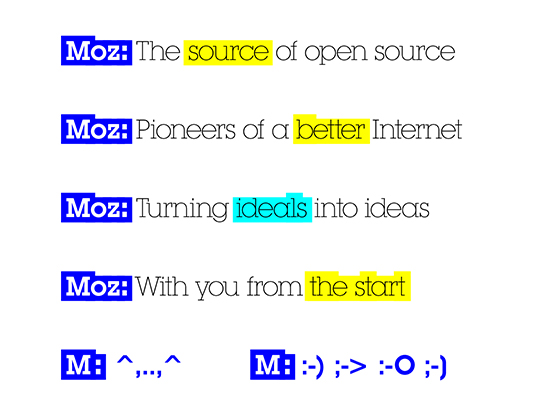 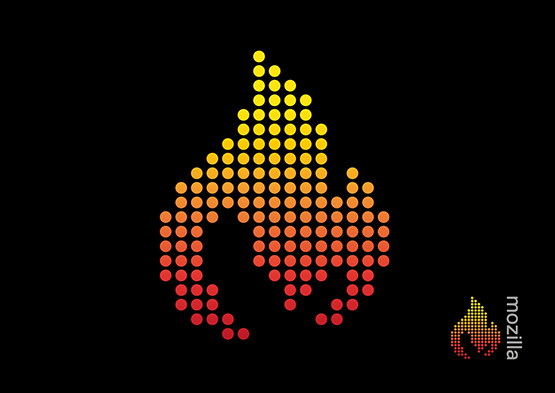 The Flame is a new design route which combines a pixellated flame with the letter M. Johnson says the flame acts a symbol for Mozilla’s “determination to remain the beacon for an open, accessible and equal internet for all [one of the key aims of the rebrand is to better reflect Mozilla’s internet advocacy work] and something that a community gathers round for warmth.” Pixels can be swapped out for code and the flame can be adapted to incorporate flags from various countries. 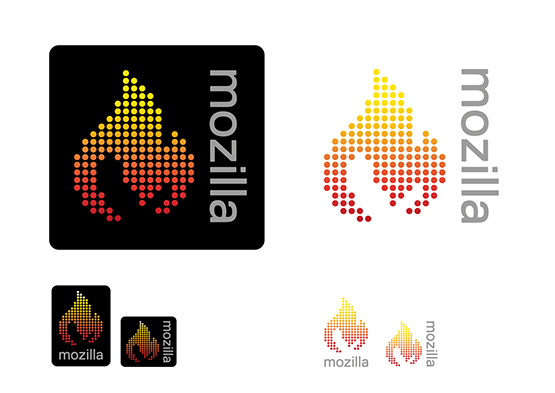 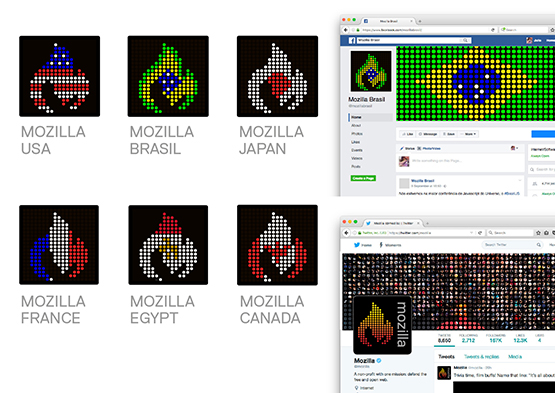 Burst is also a new concept. Jonson says it is inspired by Mozilla’s role in “recording and advocating the health of the internet” and experiments with data-led ideas. It is also loosely inspired by Wireframe World – one of the initial design routes put forward.

“As we looked harder at data sources we realised that five was a key number: Mozilla is collecting data around five key measurements as we type (and you read), and there are five nodes in a capital ‘M’. So we combined the two thoughts,” he writes.

The final option, Dino 2.0, provides a link with the company’s now defunct dinosaur logo (a design that is no longer used externally but one that Johnson says there is “still a lot of love for” among the Mozilla community). The design builds on initial design route The Eye (pictured top), which has since been discarded, and uses a chevron and white type to suggest a ‘zilla’. The eye can blink and jaws can chomp, adding animated elements to the design scheme. 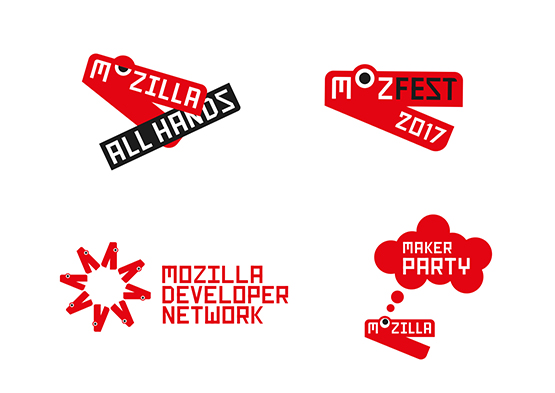