The set of six stamps were created by Jim Sutherland of Studio Sutherl & and illustrator Neil Webb and include elements that react to UV light and heat. 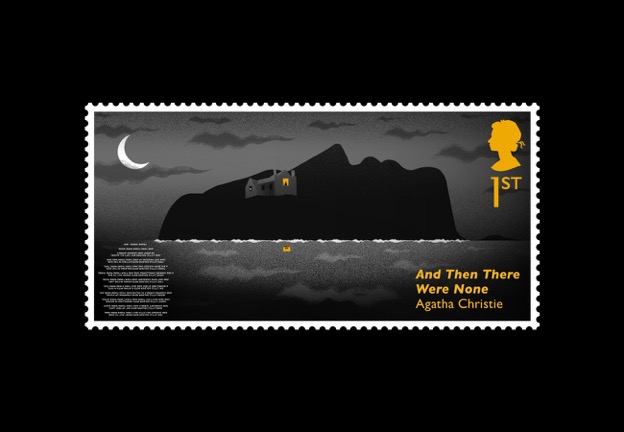 And Then There Were None: A poem, key to the plot, is the moon’s reflection, and the mysterious U.N.Owen appears at the lit window. 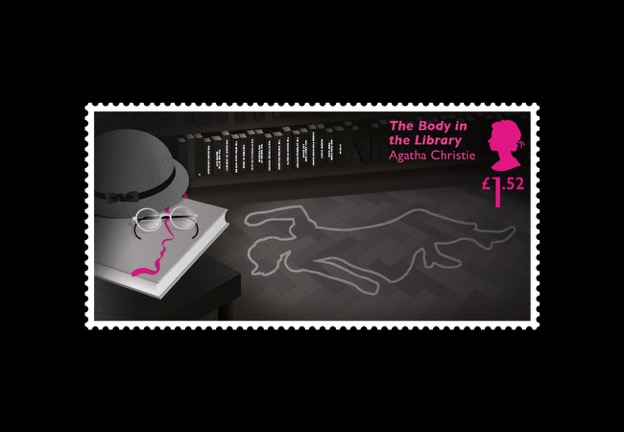 Miss Marple investigates a body found in the Library 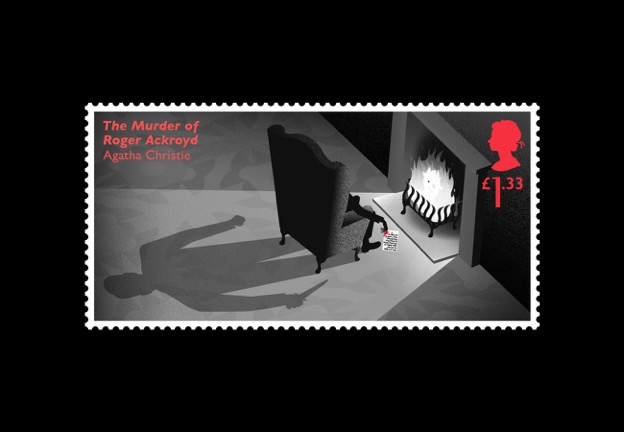 There’s a killer in the shadows, and Poirot looks on from the flames 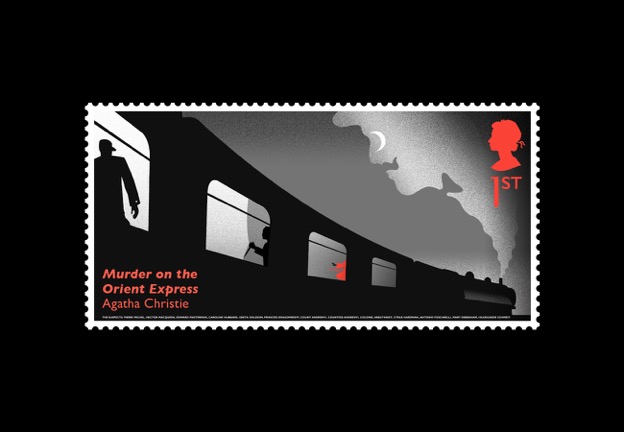 Murder on The Orient Express: Don’t be distracted by the red kimono character, she distracts the viewer from the killer hidden behind a heat sensitive ink curtain. The curtain disappears when the stamp is touched, and names of suspects are written along the train track in micro text. 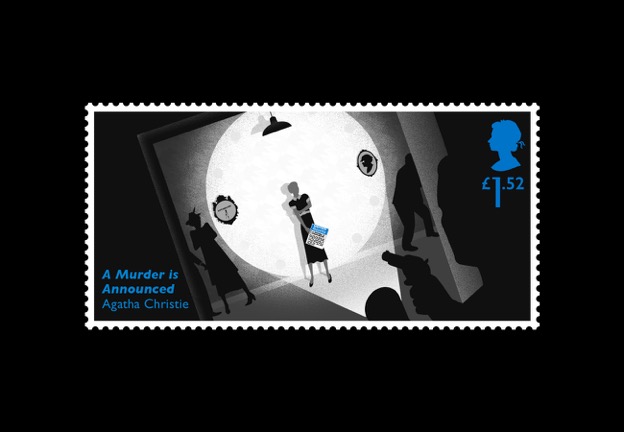 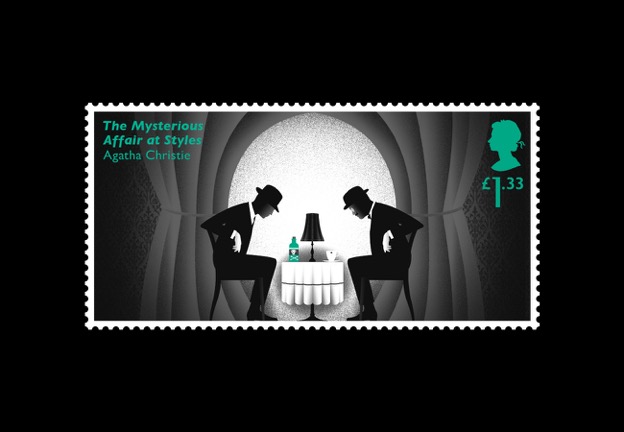 The Mysterious Affair at Styles: Poirot and Hastings investigate the crime scene – forming the skull, as the murderer used poison. The whole stamp is then reproduced in miniature on the poison bottle.

Each stamp also has a hidden letter, which combine across the set to spell ‘Agatha’. The presentation pack for the stamps is like a bookshelf packed with original objects, photographs, book covers and a timeline of the the author’s life.