Rod Judkins’ Developing Your Creativity course explores techniques for generating ideas. Rachael Steven talks to him about why everyone from surgeons to bankers want to get creative

Creativity is often thought of as something innate and spontaneous – something that can’t be taught. Directors, designers, artists and writers often speak of Eureka moments and unexpected flashes of inspiration – an idea coming to them seemingly out of nowhere, when they’ve just stepped out of the shower, say, or are out for a run.

But even the most successful creatives need help coming up with ideas from time to time. Most have practical systems or processes that can help on the days when those Eureka moments are nowhere to be found – whether it’s scouring books and blogs and magazines for inspiration, brainstorming or carrying out physical exercises that encourage creative thinking.

Rod Judkins is a painter and art and design tutor and has spent the past few years running workshops to help people be more creative. His Developing Your Creativity course at Central Saint Martins explores some of the techniques artists and designers use to get ideas.

In each workshop, Judkins examines a different method for creative thinking and asks students to apply that method to a particular subject or project – students might be asked to apply Barbara Kruger’s technique of cutting out words and pictures and arranging them to create thought-provoking visual displays. 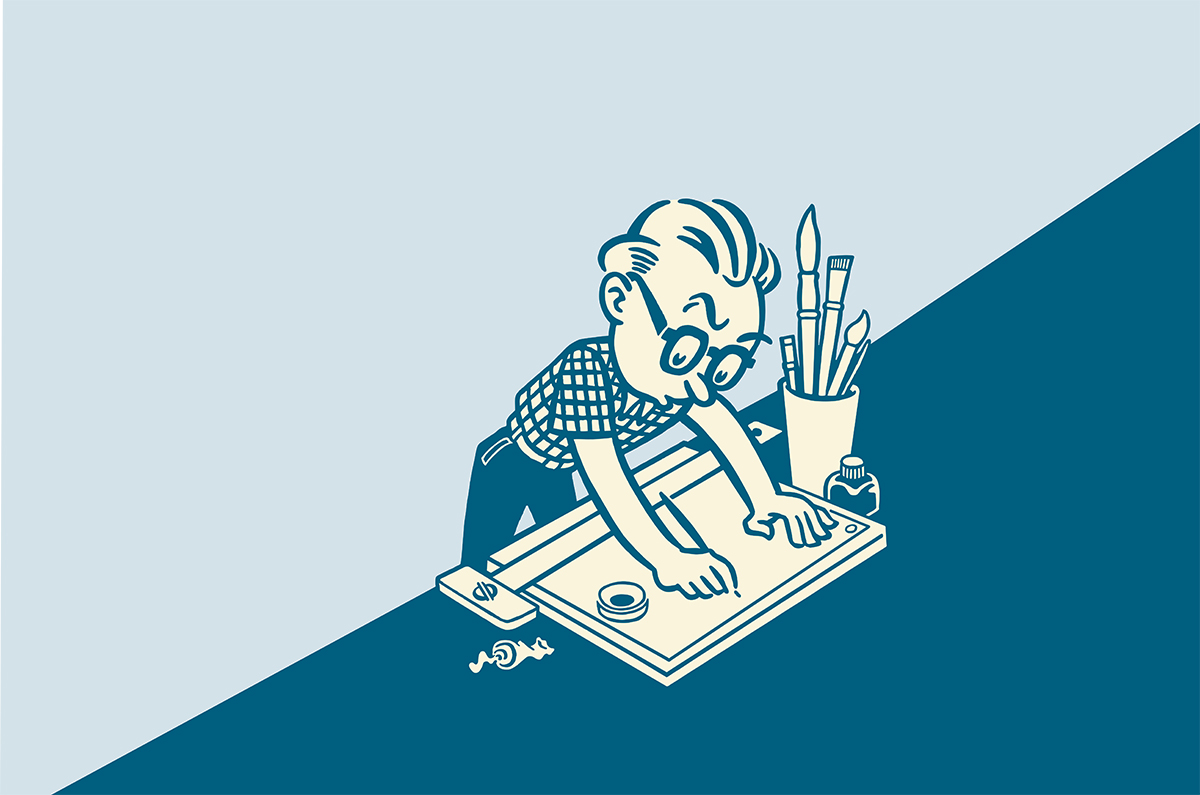 “Rather than creativity being thought of as something to do with inspiration and gut feeling, I wanted to show that it was more down to earth,” explains Judkins. “We look at a certain artist or designer’s process, analyse it, try it out on different projects and see how it works,” he explains. Judkins has since been asked to teach it at The London College of Fashion, Royal Free Hospital and companies including Microsoft and last year, published a book, The Art of Creative Thinking, which compiles various exercises from his classes.

If you’re an artist or designer, you can’t just sit around and wait for inspiration. It’s your job, your career – you need to walk in in the morning and start work

There’s often a certain scepticism around workshops or guidebooks claiming to help with creative thinking. But practical techniques that can help spark that initial idea – a fleeting thought that can be developed into something much bigger – can be a valuable tool for anyone in a creative role.

“If you’re an artist or designer, you can’t just sit around and wait for inspiration. It’s your job, your career – you need to walk in in the morning and start work,” says Judkins. “Most of the people I look at [on the course] have some way of keeping a constant flow of ideas – some kind of technique that means they can always be generating thoughts.” 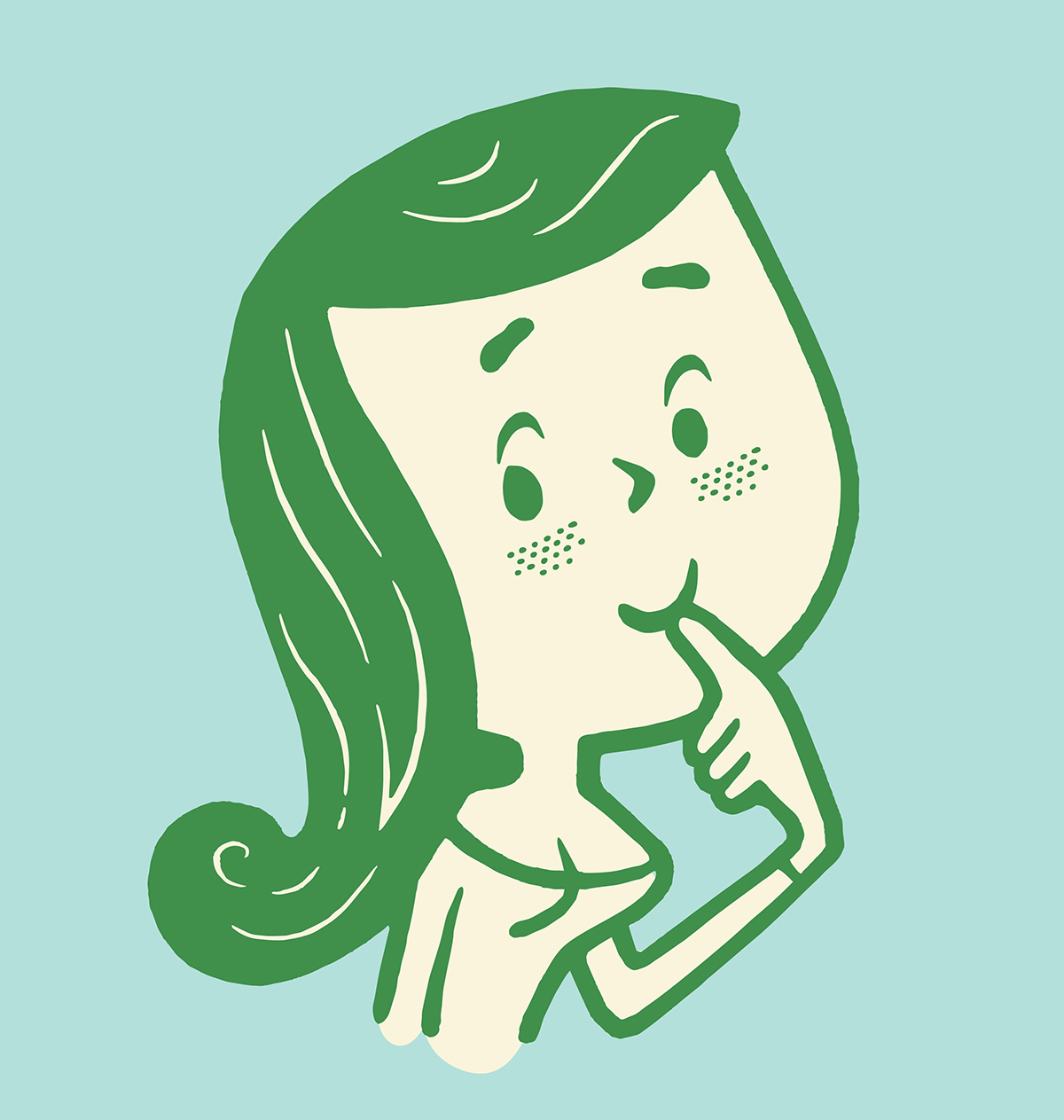 Judkins has also been asked to teach creative thinking to people in professions from medicine to accounting. He has recently been working with advanced medical science students at the Royal Free Hospital, encouraging them to think creatively about how medical tools or processes could be improved. “The surgeons there want to see more creative thinking among the medical students – instead of them just using equipment and being taught methods and medical processes, they want them to think about how they can be improved – if they see a piece of equipment isn’t working very well, to think ‘how can it be made better?” he explains.

This way of thinking is often a departure from what students on less creative courses are used to – but Judkins says workshops have helped them think up ways to improve surgical instruments and even redesign artificial liver devices to make them more efficient. 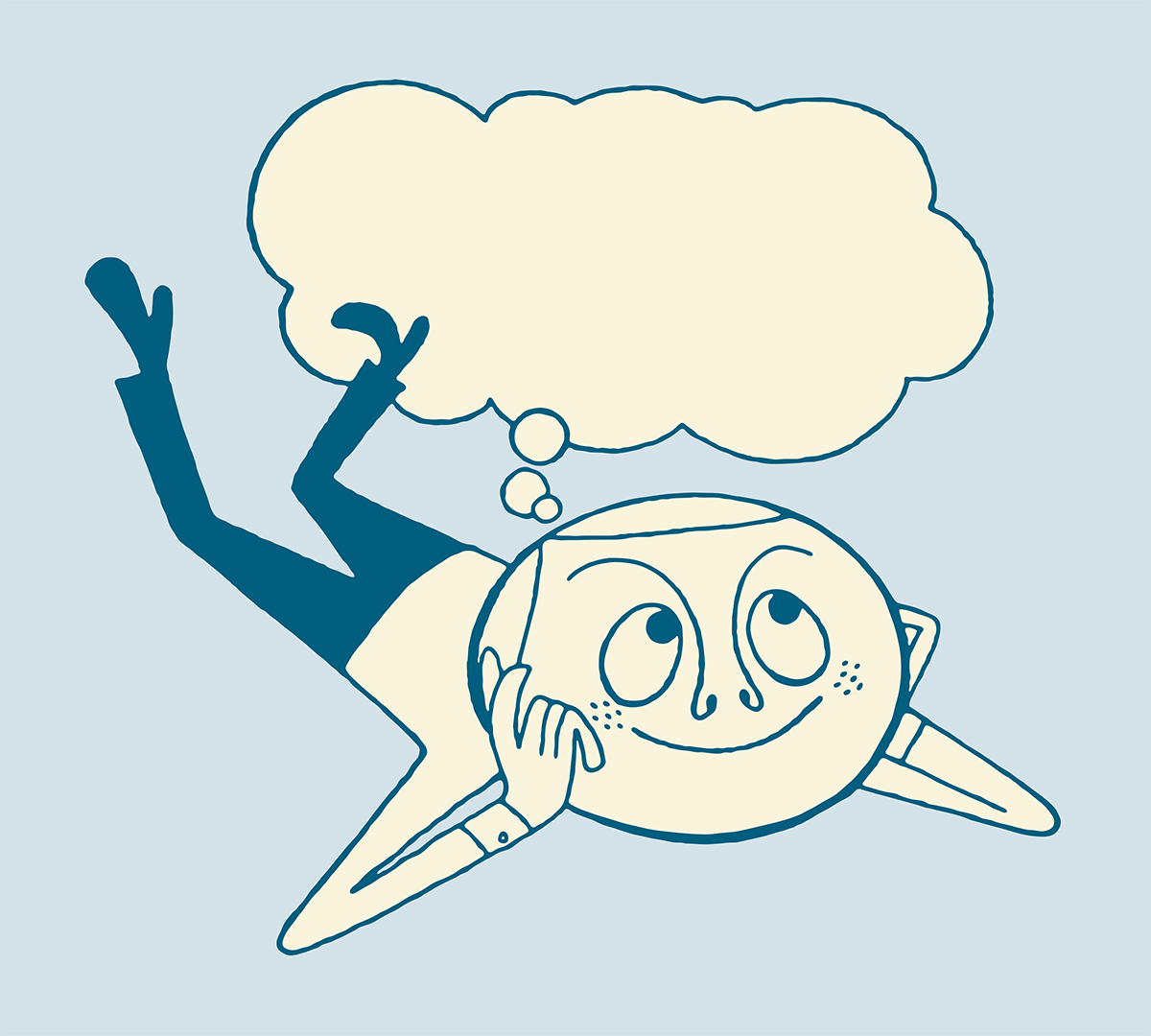 “When I go into a bank, or I’m teaching medical students, they’re much more linear in their way of thinking [than art and design students] – they’ll learn something and they’ll apply it in the way that they’ve learned. That’s not a bad thing – if you’re a doctor, and someone has a pain in their heart, there are certain processes you have to follow … but it means that students aren’t as used to thinking creatively.

“Before I started teaching at the Royal Free Hospital, one of the surgeons said: ‘a lot of our students come here and want to learn medical science and then apply what they’ve learned in a job, but there are others who want to do something different, they want to change things’. That’s where creativity comes in, because they’re going to have to think creatively to do things differently,” he adds.

“I usually set them a project, but if they have something they’re working on and it hasn’t gone well, I encourage them to bring it in and we’ll have a go at it as a group, to see if we can apply some of the different techniques we’ve learned throughout the workshops,” he says. 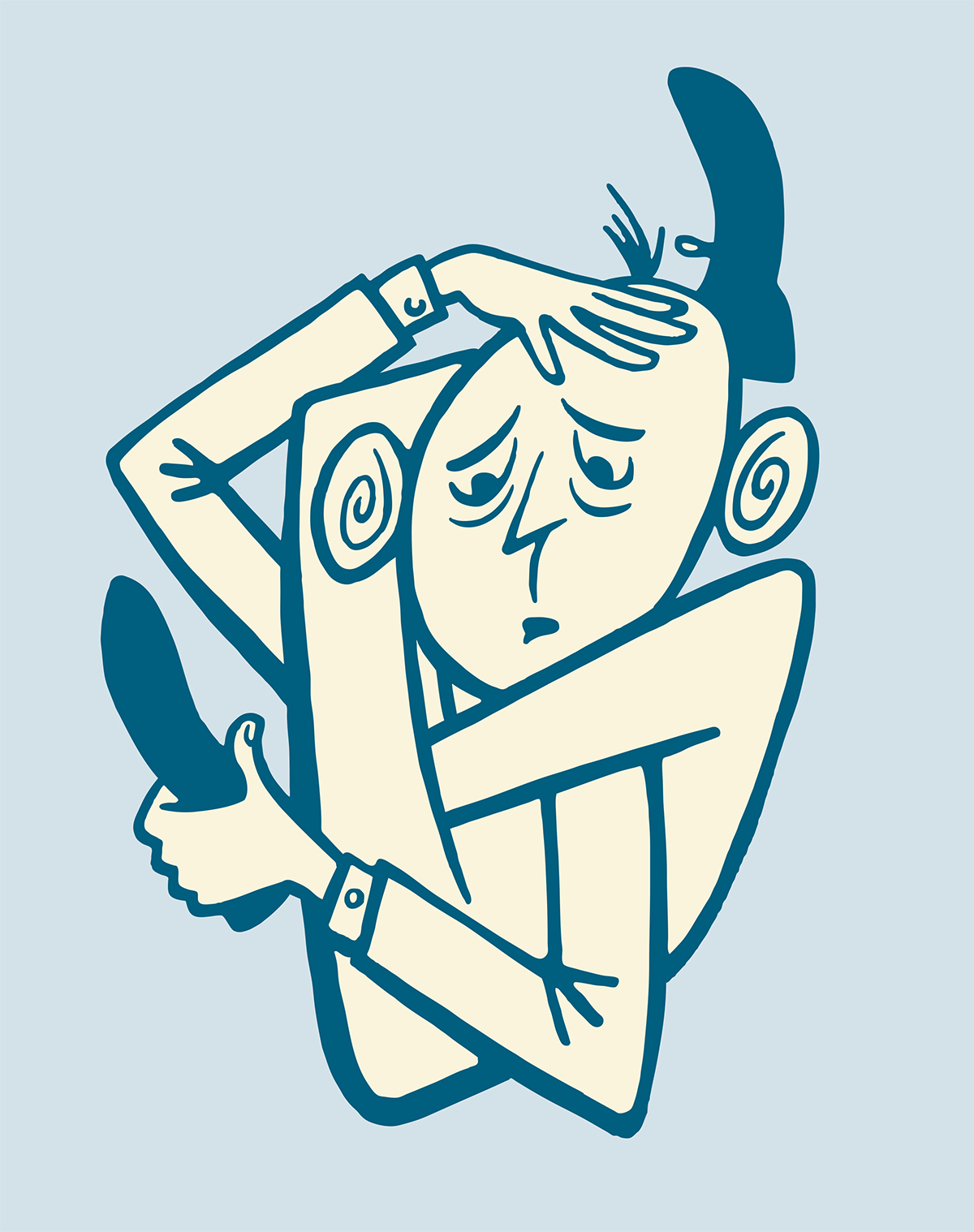 “We had someone bring in a project a while back – he had been asked to advertise a vodka from Kazakhstan – and we ended up renaming the project and repackaging it,” Judkins says. “He took it back to the client, pointed out some problems with the existing project and they relaunched it.”

In the time he has spent teaching, Judkins says he has noticed a growing interest in creative thinking workshops among people and businesses in various fields – with more and more companies understanding the value of helping staff be more innovative.

“It’s definitely a growing area – I think banks and all sorts of industries have realised that if they’re got creativity and innovation [in their organisation], it really helps move them on. It can give them a real advantage. A few years ago, they would have been very sceptical about the idea – a lot of them couldn’t see what the purpose was – but now, they’re really clamouring for their employees to be more creative,” he adds.

For more on Rod Judkins, see rodjudkins.com. The Art of Creative Thinking is published by Sceptre 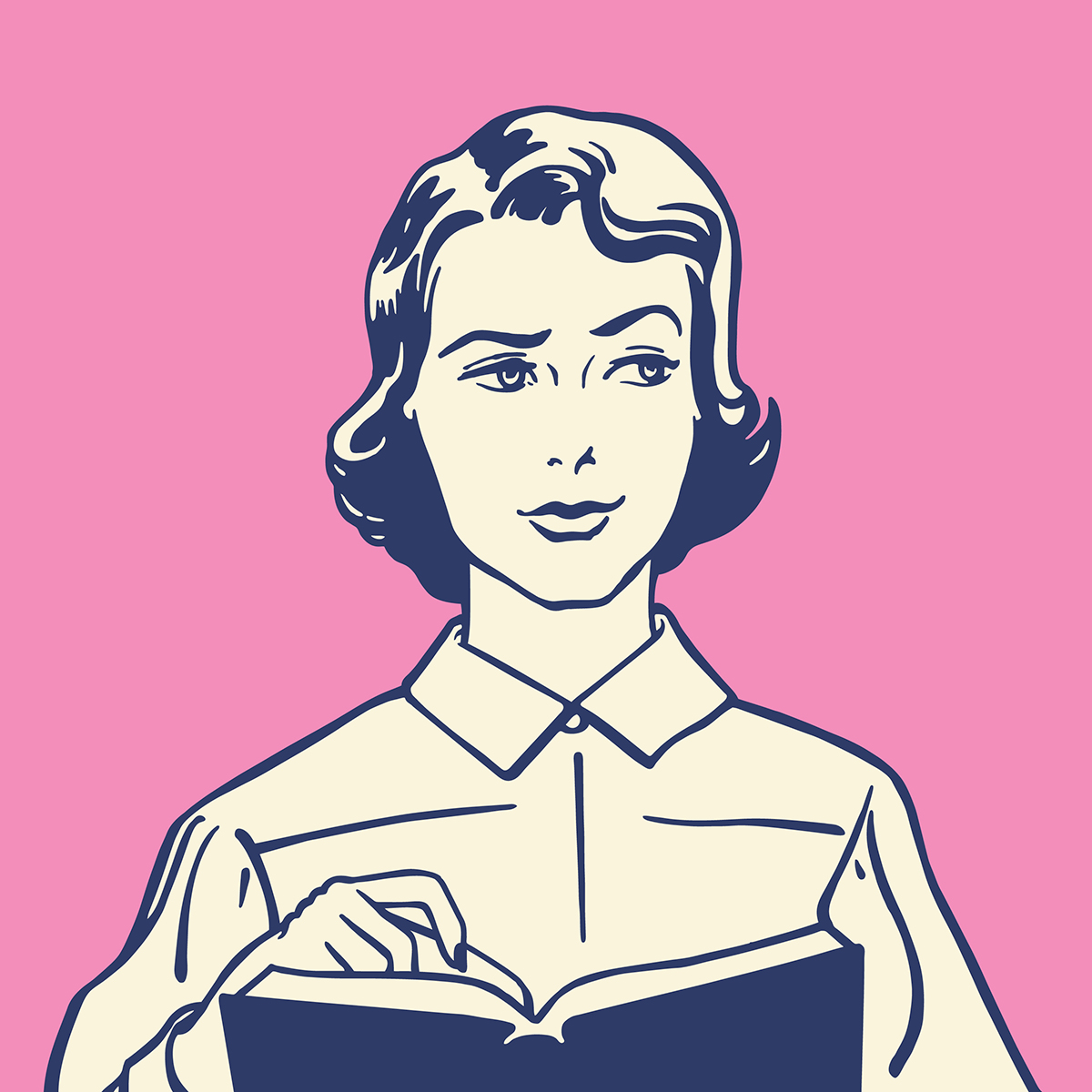 When starting a project with a team it is essential to start off on the wrong foot. Give the members of the team different roles. This prevents them from falling into familiar patterns of work. I was asked to help a TV station develop a new soap opera with the team of cameramen, scriptwriters, soundmen etc. They had become stuck and so had called me in to help. I found they were very fixed in their ways. They had the attitude ‘I’ve been doing this for years’. That’s why they were not coming up with ideas. They wanted to do things the way they’d always done them. I swapped their roles – I asked the cameramen to write the scripts, the costume designers to write up characters and so on. Fear of failure vanished because the weight of expectation had been lifted and they no longer had a reputation to protect. They were exploring new territory instead of repeating what they knew. They improvised and played around. New ideas poured out.

I employed the same technique recently when I delivered a creative workshop at a bank. In that case it helped to break up the hierarchical structure. By reducing everyone to the same level l was able to free them of their inhibitions and they suggested ideas more readily. Even if you’re working alone, switch tools. Use the wrong equipment for the task. It breaks up expectations and opens your mind to new possibilities.

A project is not a problem.

Often when I am helping a team with a project I find that they think of it as a problem they have to solve. That can be useful, but to start off in that frame of mind is very limiting. I ask them to create a game or game show based on their product or subject. With large sheets of paper and thick felt tips we quickly create a rough set. They have to work out a format for the show and devise a game based on their subject – maybe with teams, a competition, an element of chance. Thinking of the project as a game creates a positive mood. But it’s not pointless play. The game may involve asking questions based on their subject so they search for unusual information. They learn more than if they researched in the standard way. Research from psychologists has proved that people solve problems more easily when they are in a playful mood. It helps the team to work together and kick ideas around better than if they thought of their project as solving a problem.

Don’t brainstorm in a group

When working with a team I try to avoid the standard methods of brainstorming. It becomes a social event rather than an idea generating event. They feel under pressure to appear clever, people start to worry that a ridiculous idea might be laughed at and tend to suggest sensible, reasonable ideas and someone usually starts to dominate the group. I send everyone off to work alone. I instruct them to go away for half an hour and return with a ridiculous idea. By asking them to produce an idea that seems impractical, I free them up and enable them to explore unusual concepts. When they get back together we display all the strange ideas and we see if we can apply them to the task. It’s easier and more fun to look for ways of making a ridiculous idea work in practical terms than try to make a dull idea radical. Recently I was working with shoe designers and gave them materials they wouldn’t normally have used to design and make shoes such as wire, bubble wrap and other unusual materials. It forced them to think differently.