Ice Kitchen hand-make delicious fruit, dairy and cocktail ice lollies. Only artisanal ingredients are allowed, such as whole fresh fruits, fresh milk and cream, and top quality chocolate, herbs, spices and aromatics. Already established in the UK, Ice Kitchen had their sights set on Europe, and asked Robot Food for a brand refresh. After investigating the existing brand, the team’s strategy was to de-clutter the identity and evolve selected elements for a stronger, cleaner, more delicious presence. The canopy of leaves has been evolved to create a sense of flourish and dynamism. The colorful burst of additional leaves that emanate from the tree are symbolic of the artistry and passion that goes into each recipe, the ‘hit’ of flavor and pleasure the accompaniments provide and that extraordinary ‘touch of magic’ that these little jars bring to even the most humble meal occasion. Two years ago, Montreal-based photographer Chris Forsyth began paying attention to the spaces he travelled through day after day and developed something of “a mild obsession with metros”, seeing in them a kind of beauty that would be lost on most rush-hour commuters. 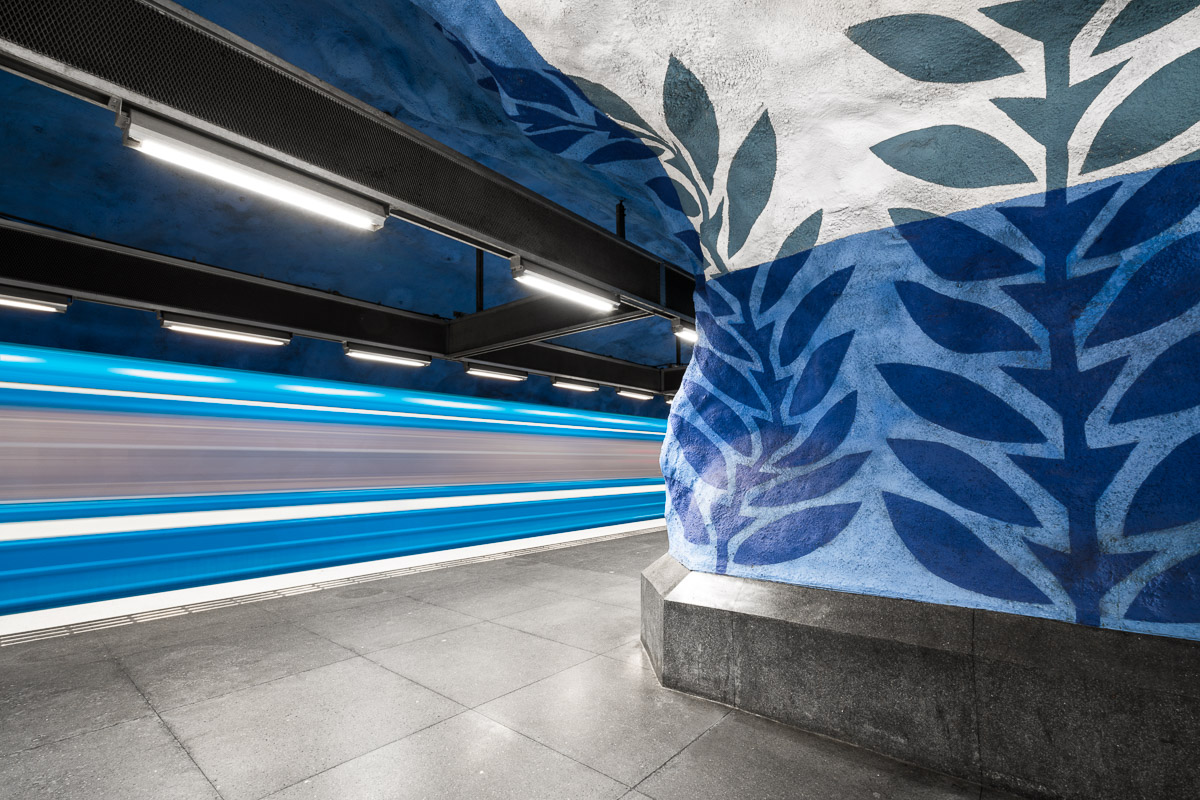 This love affair took him across the world in search of interesting metro networks and stations. “From the hand painted cave-like stations in Stockholm, to the bright, open, and modern platforms of Munich’s U-Bahn”, Forsyth has documented his favourites in this ongoing series. 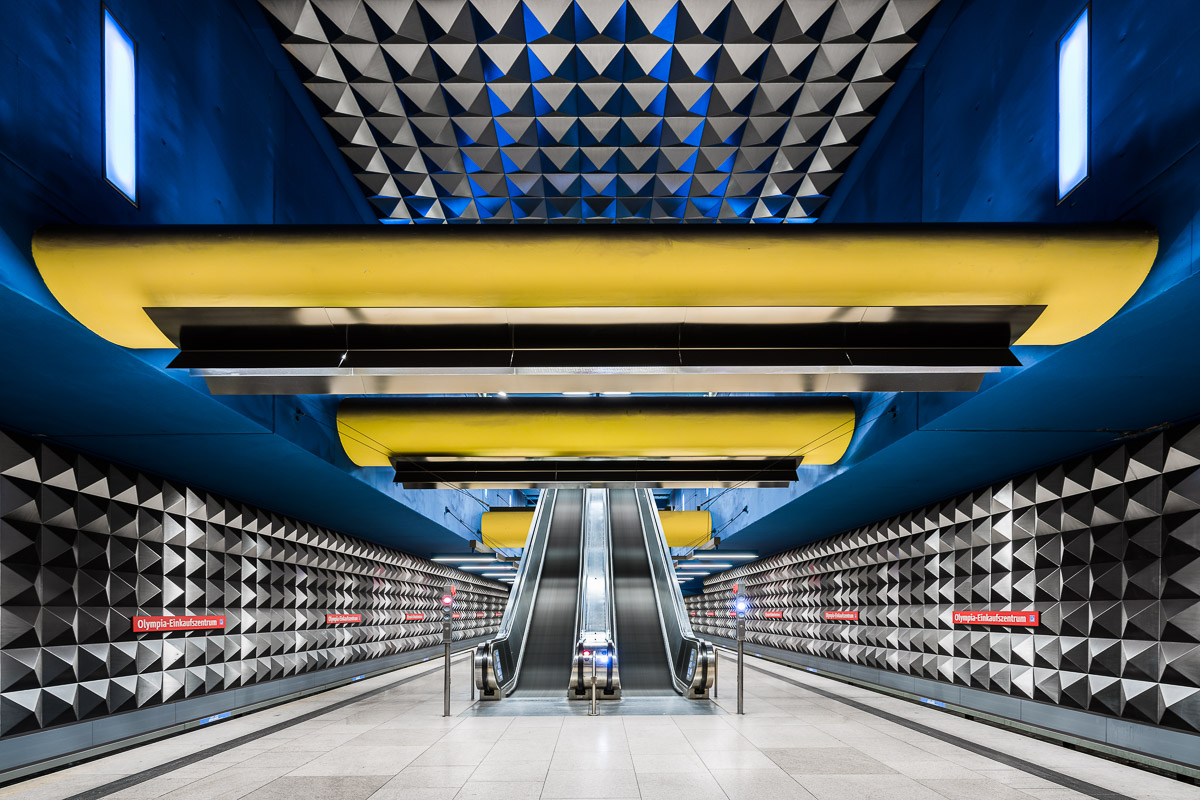 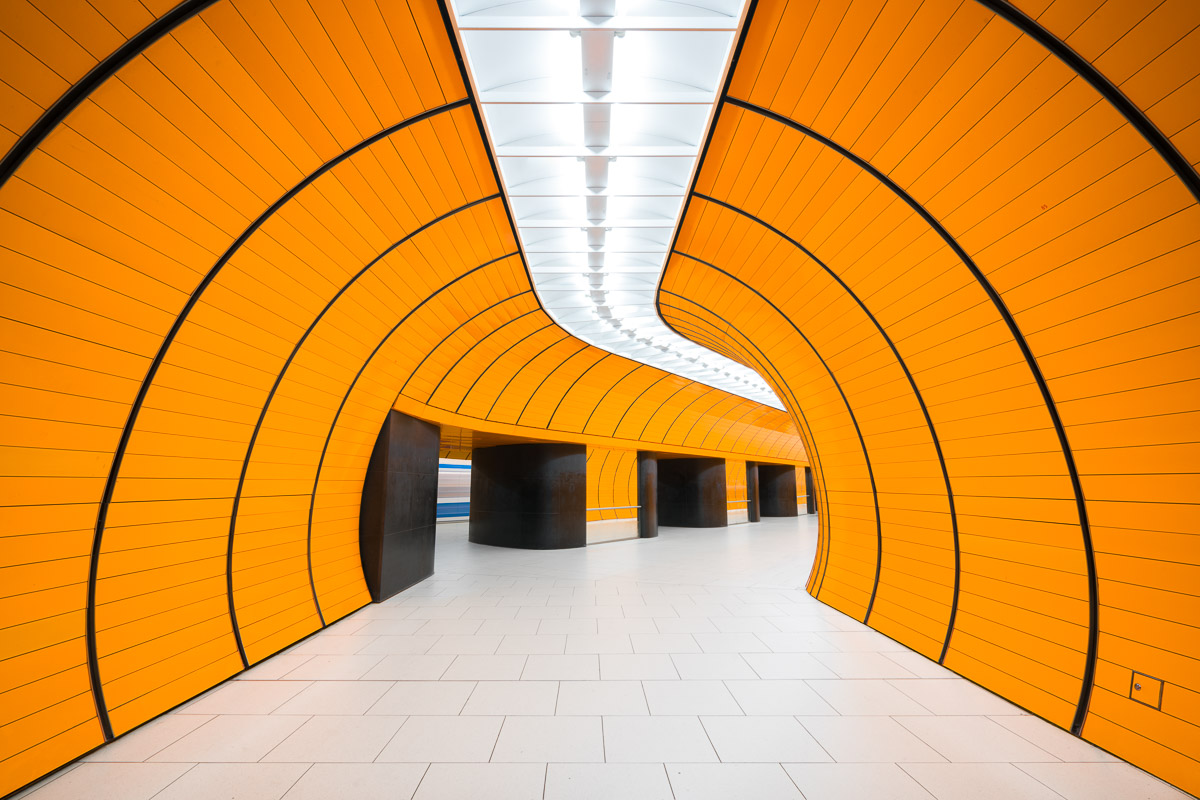 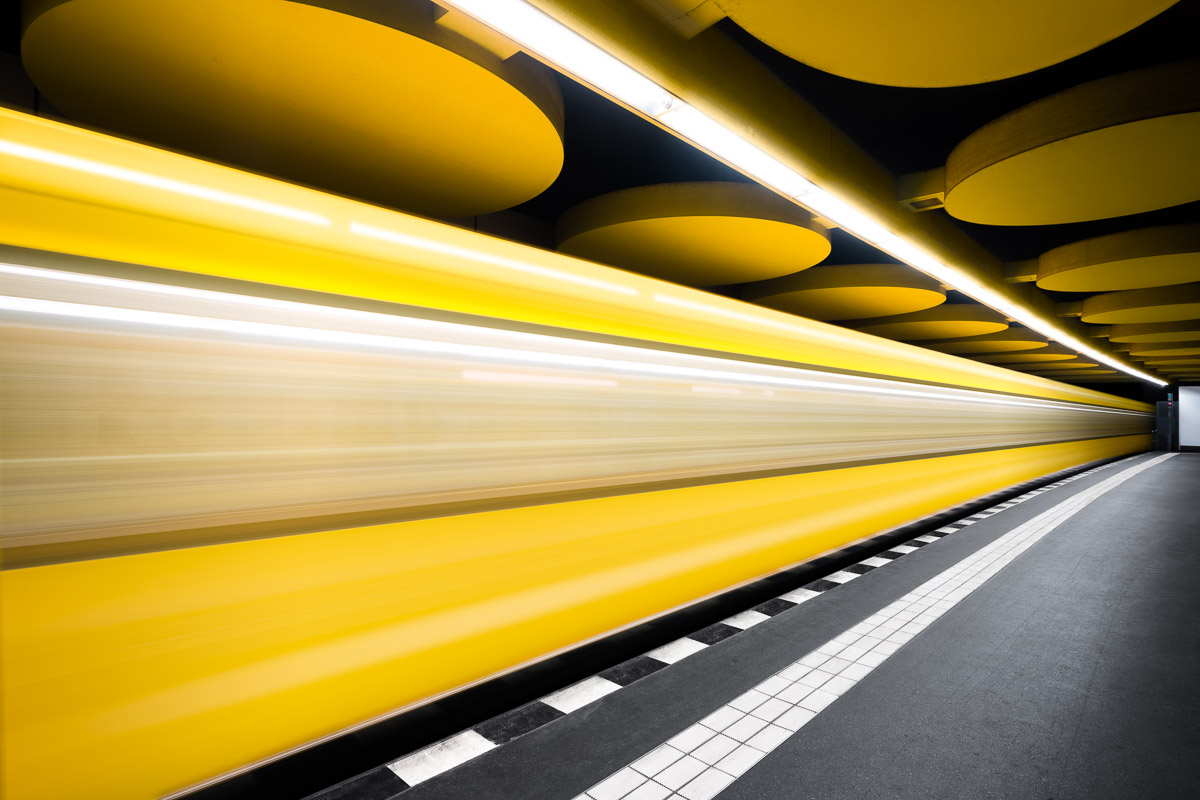 To coincide with the opening of its new building, Tate invited design studios from around the world to pitch for a possible identity redesign. North, however, argued that the exisiting identity could still do the job – all it needed was a ‘deep clean’ and some clarity about its usage. North’s Sean Perkins and team explain why, sometimes, the best solution is to stick with what works

It’s not just Bankside that’s been evolving. Three years ago, Tate Britain got much more than a paint job with a £45m renovation. An ambitious refurbishment and extension project is set to transform Tate St Ives by mid-2017. Tate keeps upping its game.

Tate’s branding was a central part of its relaunch in 2000. Having come up with the core ‘look again, think again’ brand idea, Wolff Olins scored a big hit with the identity that sprang from it, with its striking introduction of not one but a whole range of logotypes that moved in and out of focus, ‘suggesting the dynamic nature of Tate – always changing but always recognisable’.

Like the rest of Tate, the brand has kept changing over the years – but not in such a good way. In fact, in the words of North’s Sean Perkins, whose studio has just completed a ‘deep clean’ of Tate’s brand, the whole thing was “a mess”. With a total of 75 different logotypes to choose from, a Tate font with several weights and no formal guidelines on grids, colours, positions, sizes and formats to aid decision-making, Tate’s in-house design team had been struggling with consistency for years. “They were paralysed because every time they designed anything, there were so many potential expressions,” says Perkins. “Having no rules, which was the original idea behind the brand, led to it looking tatty. If you look at the Barbican or the Whitney or the Stedelijk, there’s lots of beautiful expression and newness, but beneath it there’s a consistency that helps recognition and offers a guarantee of quality. With the Tate, the lack of consistency was getting in the way of that engagement with people.”

Some design decisions were causing confusion among visitors. Locking up the name of each of Tate’s four sites with the logo rendered the locations almost illegible. “People weren’t seeing them at all. You’d get off the train in Manchester and see a poster for Tate Britain and think it was Tate Liverpool. You never knew where to go.”

Tate recognised its brand was suffering, and potentially doing costly damage to its standing among visitors, sponsors and the global art community. The ‘look again, think again’ ethos was finally extended to the brand in 2014. Tate invited an international list of studios to tender for an identity review, calling for a solution that could show younger audiences, in particular, an exciting, dynamic way of experiencing art. The board was ready to contemplate a completely new look, but North persuaded them otherwise. “Our view was, they had something that worked; why throw that away?”

The project, led by North’s Jeremy Coysten and Stephen Gilmore, has been as much about establishing a stable set of design ground rules, or ‘building blocks’, for Tate’s in-house team as about developing new expressions and applications of the brand. “Having more parameters helps creativity,” says Perkins. “It unplugs designers from a lot of politics and helps them focus on creating something with impact.”

North selected just one version of the logotype and made it the sole wordmark, then re-created it with 340 dots in place of the previous 3,000. The reduction means that each dot can be individually animated and occasionally redrawn, as with the special edition produced to mark the Switch House opening, with square dots to echo the building’s architecture. Location names will stand free of the wordmark, in specified positions on the grid.

The most visible innovation is the animated ‘blur’ logo that will punctuate Tate film clips and ads, from mobile devices to dynamic displays at railway stations. Crops of the animation will cover merchandise of every kind, from shopping bags to umbrellas to Superga shoes. Wolff Olins’ original vision of an active identity has been realised. North’s Stephen Gilmore: “We’ve retained the dynamic, ‘ever-changing’ spirit without needing to have multiple logos and all the practical problems that entails. The logo artwork we’ve chosen feels energetic, porous and captures the blur in all applications. We animate that logo whenever it b adds to this spirit, but sparingly and not when it detracts from the content.”

Tate’s head of marketing, Rob Baker, agrees. “In many ways what North have created has allowed us to realise the potential of the identity, ensuring it can exist seamlessly on different platforms, using the Tate logo and typography in more expressive ways in our communications and on products in our shops and applying colour creatively.”

The decision to remain with Miles Newlyn’s rounded Tate font, but to strip the choice down to just a single headline weight was “massive”, says Perkins. “It allows designers to just think about the content and the messaging of a piece of communication, rather than just decorating it with different weights.” Georgia has been introduced for body text, and a palette of ten colours (based on work for Tate by artist Martin Creed) will be refreshed every two years.

Brand applications will follow guidelines developed by North since January, sharing projects with the Tate team. North will remain creative directors for Tate for the next 12 months, while the new system beds in.

Coming hard on the heels of the revival of the Co-op cloverleaf logo, Tate’s decision to also build on the brand assets in its locker, is likely to be seen as the start of a trend – a new age-of-austerity pragmatism on the part of clients, fuelled not just by budget considerations but also by headline-making social media maulings of other rebrands. North were responsible for both solutions. And Perkins believes that’s what both solutions are about: being responsible. “It would be arrogant and unprofessional for designers to say that [the Tate identity] was completely broken, to create something new for the sake of new without respecting the equity and the good things about the identity. We went in with honesty and said, ‘you’ve got something really powerful, let us make it work for you’,” he says. “We’ve always believed in creating a solution for an identity first and then deciding what the visual elements are to achieve it. The application of an identity is so important. It’s about beautifully designed systems and applications that bring it alive. If you can do that with an existing identity – tidy it up, unclutter it, show them how to make fresh and beautiful communications – it’s a great solution.”

For many brands about to scrap an identity with time left to run, Tate has shown the value of looking again and thinking again.

A quaint corner cafe with wicker chairs for outdoor seating, a light breeze blowing as fashionable men and women walk by on the cobblestone, and a freshly made baguette and a hot cup of coffee—there’s just something utterly perfect about Paris. Análogo has designed the branding and packaging for Maison La Crème, a Parisian inspired coffee shop and boulangerie in Mexico.

What does your signature drink say about you? UP Agency developed the packaging for this lip palette that allows you to mix and match lip color and lip glosses like ingredients in a cocktail, based on your mood.